Finally a post of something I made! I have some more that are not quite ready yet… but today I spent a little time with Fusion 360 today making an iPad stand. I also wanted to try my hand at clip in joints. (So the cross braces click into the slots and are pretty sturdy. I already have a few changes in mind, like rotating one of the cross braces so it is vertical to provide a little more rigidity. And of course, making the shape a little more ornate. But this will work for now! (Mostly going to use on my desk for video conferencing, and in the kitchen to hold recipes. 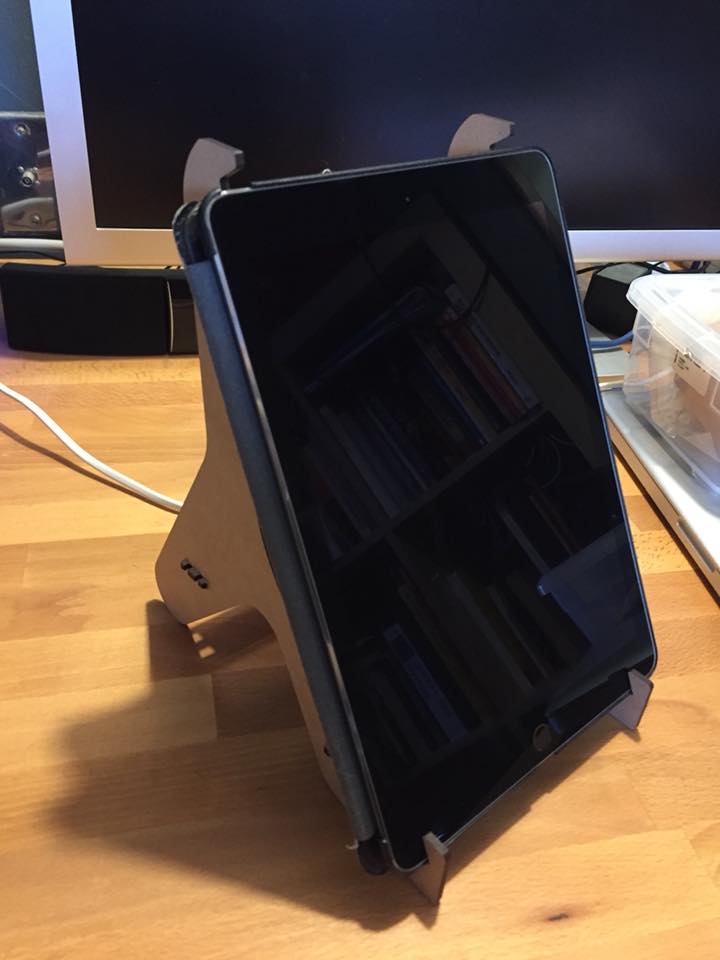 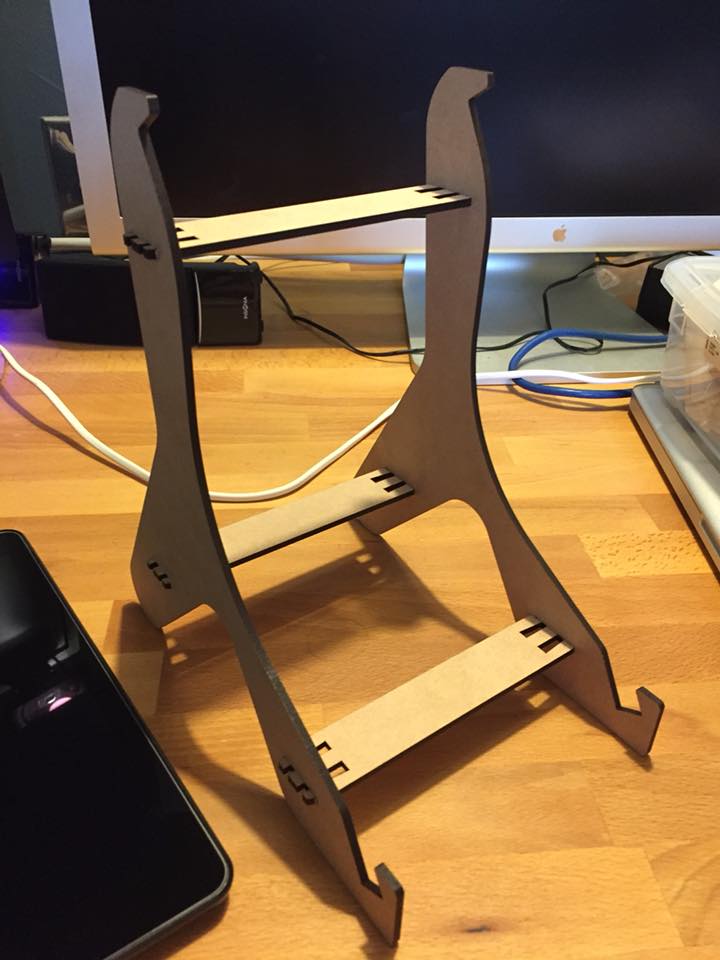 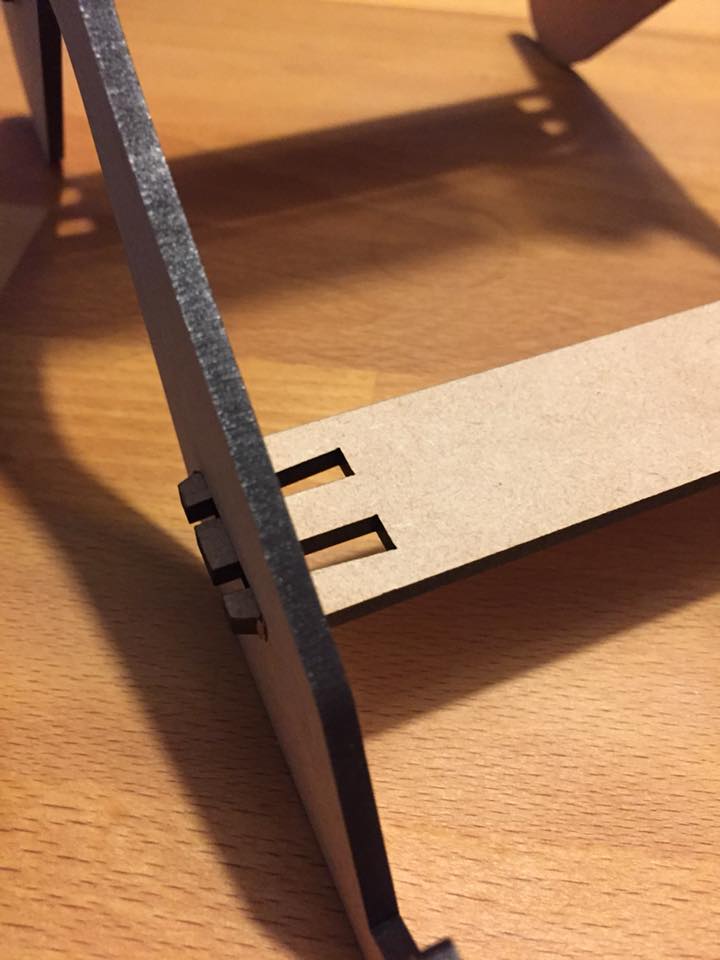 One observation, if you modify the top hooks just a little you can use this as shown and tipped for a shallower stand.

Yeah, I’d like to experiment a little with that kind of joint myself, I hate the glue part…great job on the stand!

Turns out it works the other way around without modification! (I hadn’t even thought of that when I made the initial design. I’ll probably make the upper ones a little more like the lower ones though so it’s held in the same way either orientation. Thanks for the idea!

Amazingly it only took two tries to get it to work. (Although I’m sure I can improve it a bit.)

Basically I made the cuts in the cross brace as deep as the slot it was going into was wide (in this case .75") Then made the narrow part of the clips just a hair under that width at 0.74" (So one side of the clip to the other side of the other clip, and the little pointy protrusion sticks out a little bit more (About 0.04")… Actually here’s a picture of my little test clip I used after the first attempt failed. (It was too wide and snapped…) 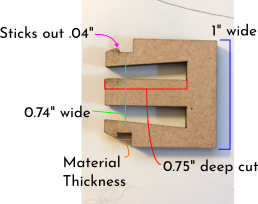 I angled the cutouts a bit so the two edges would flex a little bit more. It seemed to work well with the

Thanks for the input on those joints! I’ve been wanting to try those.

Love the use of the clip joints! Nice job!

Thanks for sharing your test clip methodology!

Honestly I wish I could point to a resource on how to design them. This was just sort of a guess based on looking at photos of other similar clip type joints. But sharing how to do things does make the Glowforge Community a big selling point of these lasers