A year ago takitus speculated that the iPhone 7 plus and above depth camera might make for easy generation of 3D depth maps. I found an app capable of extracting / manipulating the depth map image from the phone: DepthCam and promptly tried it out on my shiny new iPhone X. The results: 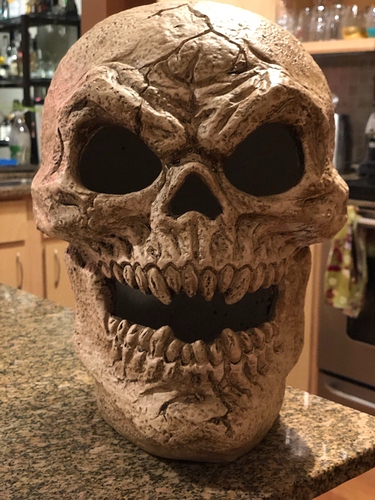 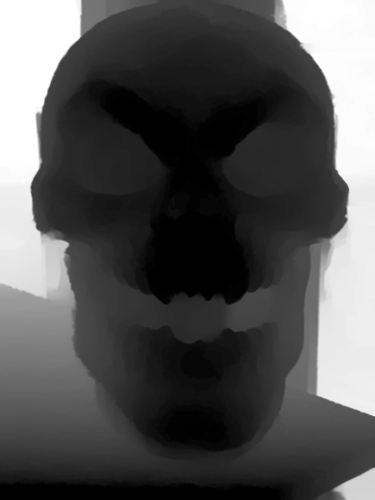 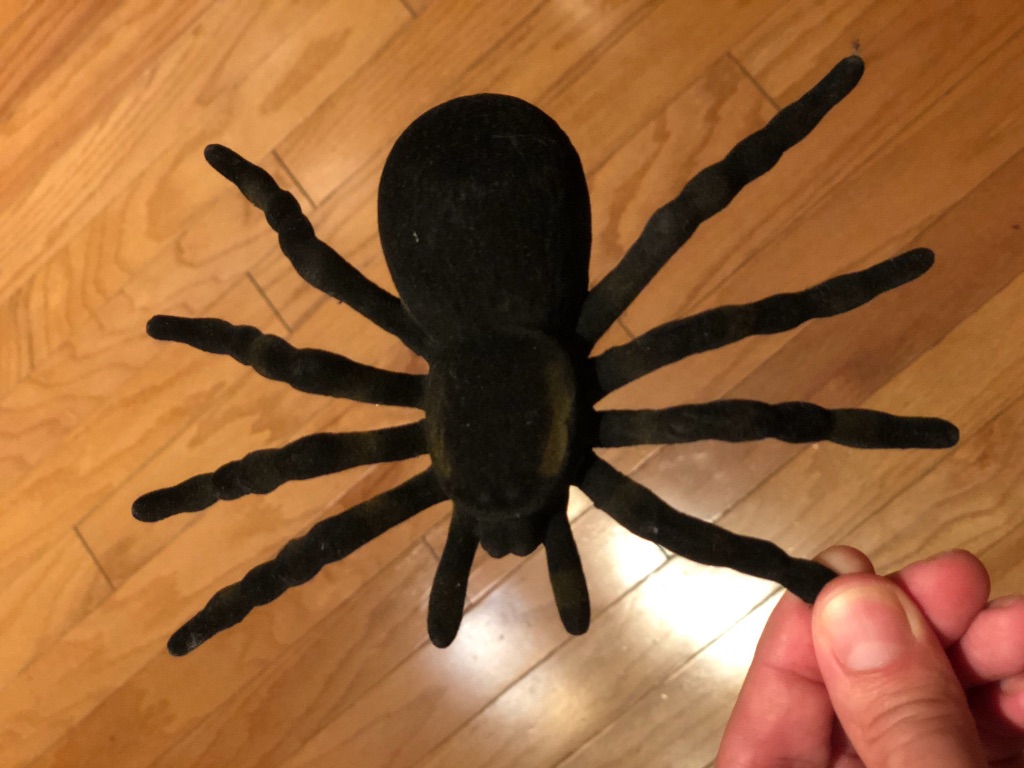 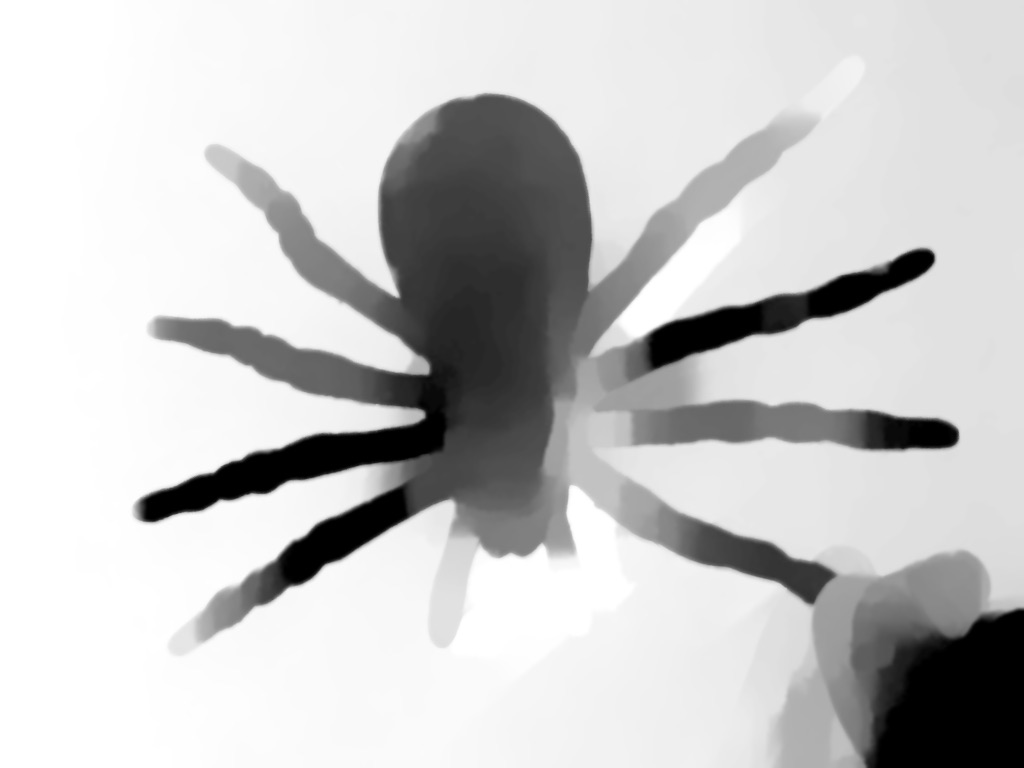 Wow, very disappointing and nowhere near what I expected!

I wasn’t sure if this was an app or a hardware limitation, so I contacted the dev and got this response:

This looks like a really cool idea, but I think the limitation is the iPhone cameras. The resolution of the depth data is much lower than the actual photo:

After capture, the depth data is scaled up to match the photo but will be lower detailed.

As a test, try using the iPhoneX front camera and see how that works. The front camera uses infrared to detect depth which might provide more detail at closer range.

Give the software time to catch up. I would imagine that an app will surface that lets you do this by filming “depth video” and doing some clever math to make a much more detailed heightmap as you move it around. I’ve seen some similar projects in the kinect hacking world, so you’d think it’s just a matter of time until it makes it to the iphone.

Looks like, for the skull at least, it needs to be inverted.

I’ve been hoping that someone would do a Iphone X face-to-3D stuff. You know, like Avatar-level performance capture, but “on the cheap.” It sure would be fun to use the 3D capturing ability for this kind of stuff. 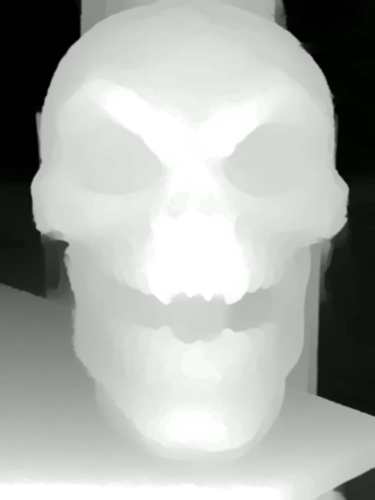 I just inverted the colors online. I think you’d need to tweek it (either the original or the inverted image) to get a better range of lights and darks, but I actually think it looks pretty good! Its at least the right direction. 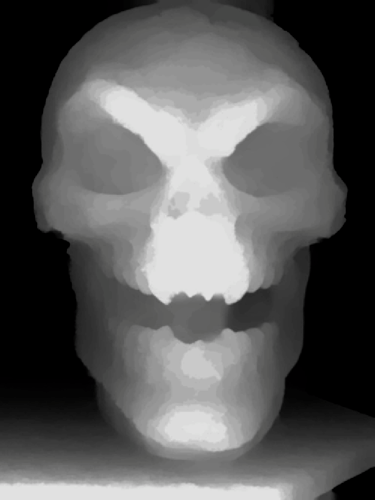 download.png768×1024 72.8 KB
Maybe like this? I have no idea what I’m doing - just messing around on my phone. Before, someone had a program or software they could put depth maps into and it would render a 3d version so you could get a better idea of how it would play out. 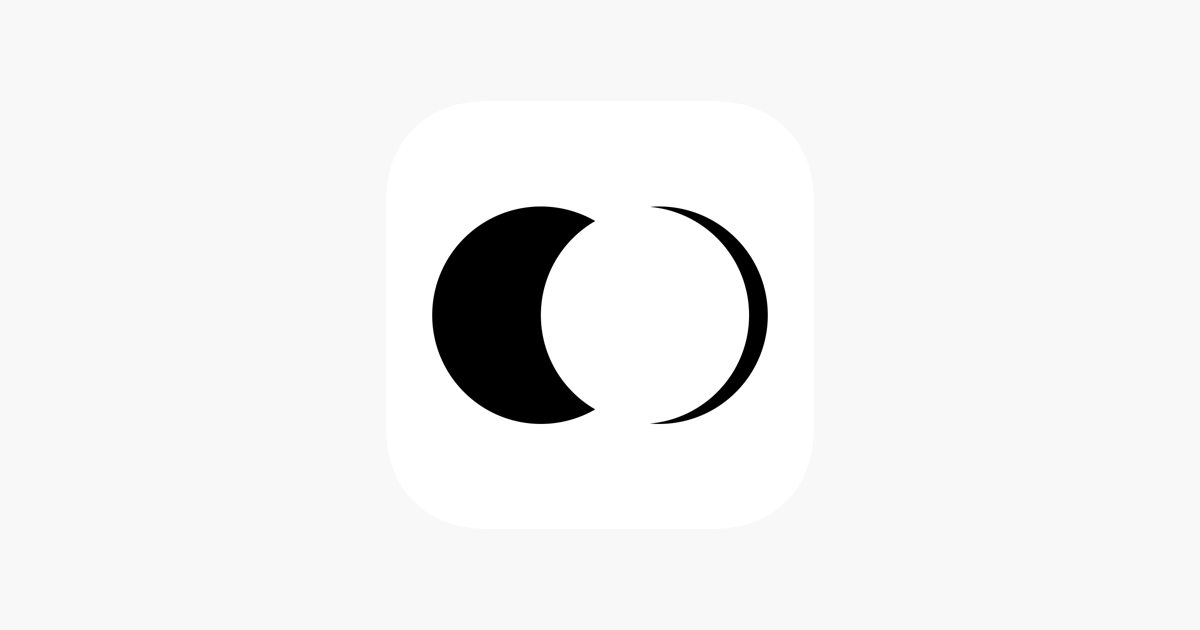 ‎Focos is a big step into the future of computational photography and light-field camera, bringing DSLR-like photography to your dual-camera iPhone and iPad Pro, with beautiful bokeh effects usually achievable only with professional large aperture...

It lets you explore the depth data pretty thoroughly. I don’t know about export options, though.

As an example, this is the depth data Focos shows of a self portrait I took (I was leaning wwwaaayyyyyy back in a char at the time… super slouchy mode).

Assuming you could extract the depth data, there ought to be enough there to assign gray levels to depth to do a depth based engraving?

I’ve been hoping that someone would do a Iphone X face-to-3D stuff.

Folks are already streaming it into Maya, so I’m sure someone has capture working

the Xbox Kinect is supposed to have great depth scanning resolution. I also have a Matter and Form scanner if you want to borrow it.

Surprisingly, both the Kinect V1 and Kinect V2 have about the same resolution as the iPhone’s depth camera (or, rather, Apple finally caught up with decade-old technology

The Kinect V2 uses a different method of gathering depth data from the V1, and as-such has a more-stable image.

However, neither will give you a better-than-the-other 3D scan from a single image; nothing really does. Movement – even a little bit – is necessary to get a good scan, either rotating the object or moving the camera.

I have worked with various scanning sensors over the last 10 years, including 5+ years at Microsoft designing Xbox and HoloLens depth-related features (there’s actually a few of us around these forums) so depth scanning is very “of interest”

or, rather, Apple finally caught up with decade-old technology

I see the wink, but you do realize Apple managed to put it in the tiny space behind the “notch” on a phone, right?

I see the wink, but you do realize Apple managed to put it in the tiny space behind the “notch” on a phone, right?

I do realize… They finally caught up to what we’ve had in the HoloLens for a few years now.

In reality, everyone is working on the same stuff, making it all smaller and cheaper. I’m excited to see where things are going, knowing where they’ve been. It’s a fun time to be working with technology.

Thanks @gwygonik. Appreciate the link, hadn’t stayed on top of the technology since its release.

It’s hard to keep up with, it’s moving so fast!