Ireland - as a wedding guest book

A colleague from work is preparing for his son’s wedding in a few weeks - and the wedding will be at a castle in Ireland. The Bride and Groom have the same initials, and wanted to have a special guest book - in the shape of Ireland - where the guests are all signing the plaque.

They had purchased (from Etsy) a pre-cut plywood map of Ireland (clearly laser cut, without using masking) and I had offerred to laser engrave into for them. (They wanted a heart with their initials (one set) in it, located in the approximate area (Castle loaction) of the wedding.

When I was originally told that the map they had purchase was 15 x 18" - and since I have a Basic (not Pro), I thought… Rut Roh… So I did a bit of searching on the web, and found a very nice SVG of ireland - on wikipedia, I believe. It had a much finerlevel of detail (though I can understand why the seller on etsy smoothed the edges - to avoid break-offs, damage, etc.

I used the SVG as a test after removing lakes and islands, and had it all set to go when my colleague came by on Saturday. He’d seen the results of the 'Forge, but hadnt ever seen it in action. He was blown away, and we did a first run on draftboard to make sure everything came out OK, then we used that as a guideline to engrave the heart and initials on their purchased map, and then, U ran an extra one - full cut + engrave - in case they needed more room fo signatures.

My colleague was over the moon thrilled with the result, was amazed with the Forge - both with the level of detail (much finer than the Etsy map), and with the ease of using it - “Neat - you can just choose to ignore one element (the cut) and do the engrave easily on the purchased map” - he said.

Once this wedding (and another family wedding later this year) - he said he wants to convince his wife that HE needs a forge. As he said “The possibilities really ARE limitless.” So hopefully, the referral credits will stay up and running for a whille. (In the mean time, he’s keeping the draftboard “trial” for himself.) When he got home, I recieved a very nice thank you message from him and his wife.

Being able to do things like this are what I love most about my Forge.

Here are a few pics of the finished product(s).

All three, Side by Side 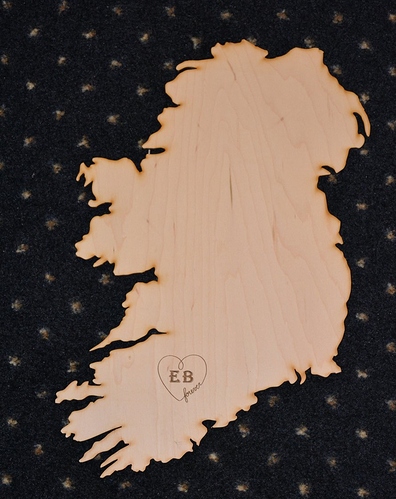 From the Wikipedia SVG (on Medium Basswood Plywood: 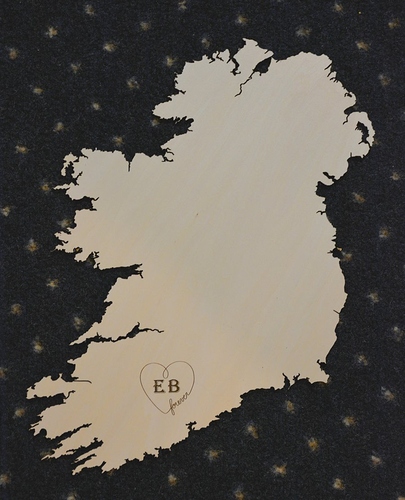 Awesome! (And of course he needs one!)

As a request from a friend, I made a 3d Landscape of Ireland for use in a virtual world. The grayscale could make an interesting engrave. 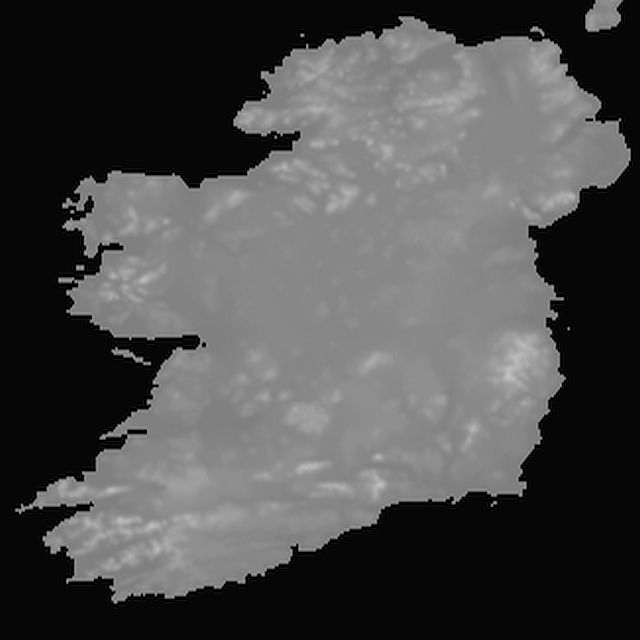 What a lovely place to be married! I’m sure he was thrilled … and yes, he will need a Glowforge!

It really came out great!