Is etching the same as engraving or is it different?

Is engraving the same as etching or is it different? And how do we prepare a file for it? Or a design I mean

Some people say “etching” instead of “engraving.”

The “First Three Prints” tutorial will take you step by step through the fundamentals: https://glowforge.com/support/topic/first-three-prints/welcome-to-the-glowforge-app-and-your-first-prints

Once you’ve gone through those, you’ll have a pretty good grounding for using the GF. For more advanced / specific questions, take a look at the “matrix,” which is linked in the first post of the Glowforge Tips and Tricks area of the forum.

engraving the same as etching

Mostly they are used interchangeably though I would use engraving where the material was cut deep like wood and etching where the surface was marked but there was no depth, like Aluminum, and relief carved where there is a lot of depth so as to be 3D. But most use engraving for that as well.

It is called “Engrave” in the GF user interface, there is no “Etch” setting but (as stated above) you can’t actually engrave metal, just mark the surface.

I know folks from different crafting backgrounds and different lasers use different terminology. I for one vote for engrave here. I don’t correct people because they aren’t wrong. I am tempted to change the word “etch” to “engrave” in the titles of posts because of consistency, but that’s a bit much. But because Glowforge settings talk about engrave, it does help to be consistent lest folks get confused.

Glowforge talks about a score. That is the same thing as a cut but at different speeds and powers. I do wonder if there is any behind-the-scenes motion planning for a score versus a cut as they pre-define settings, but I haven’t noted any. They certainly have upped the quality of scores, or low power vector paths.

Yeah, the nomenclature is inconsistent across crafts. As a metalworker I tend to think of etching as a chemical surface treatment. To me, what this tool does is “Engrave”.
“Stroke” and “Path” = same thing. That had me scratching my head initially.

So if I’m using acrylic it would be engraving not etching? So the glowforge only does engraving and cutting??

Etching is strictly a chemical process, that’s the (only) definition of the term (yes, I know many people mis-use it).

Yes. Engraving means removing material, which is what the GF does - except it doesn’t have anywhere near enough power to engrave metal, so you are either removing or adding some other coating via means of focused heat. Anodized is basically a dye that gets vaporized back out, marking uses various chemicals to burn a mark into the material. No metal is removed.

So the glowforge only does engraving and cutting??

That would be the most common way to discuss it. Glowforge, Epilogue, Full Spectrum, and Universal all call the process whereby the laser moves back and forth in a raster pattern removing material engraving. (Although thrown in the mix is something called a vector engrave, which is the Glowforge’s score. But that is different.) 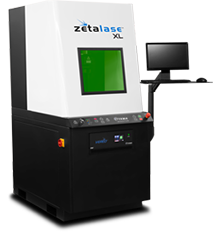 We explain the main points of differentiation between laser marking, etching and engraving in our detailed blog post.

To be precise, engraving can be used to ensure that one is referring to actual settings in the Glowforge.

Perhaps etching is in the eye of the beholder, describing the result in a material or the effect of a raster burninating pattern.

A rose by any other name would still smell as sweet.

When speaking engraving I am thinking of engraving blocks and engravers, and etching the Chemical attack. I did that on silver that was deep enough to be like a relief carving. But the method was still chemical corrosion vs physical removal.

It would be great if Inkscape had a hatch option that could be like Autocad, but the GFUI engrave option does have multiple modes of dithering that are very different from the vary power option in method and look.