Yesterday I was examining my camera offset and noticed it was actually quite large - larger than my other two machines, but as others have done, I’ve just gotten used to it. Have had this one for a little while, so it hasn’t actually been a problem. Someday my magic update will roll through that will fix this misalignment, but until then, I’ll keep eyeballing the placement 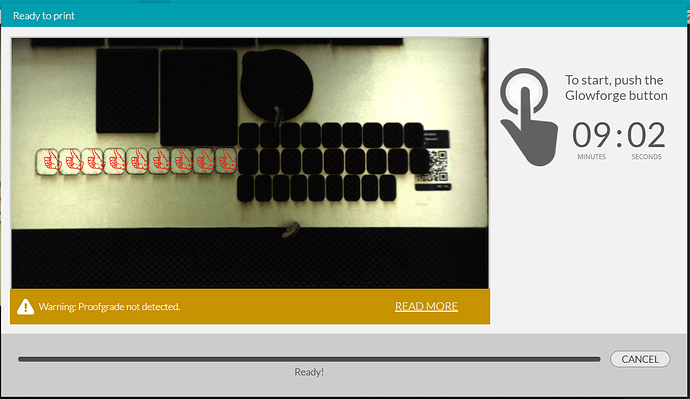 Also, here’s a fun tip: If you live in a place where the power randomly will go out because of people slamming into the electrical poles, or bad neighborhood wiring, you’ve probably had your power go out. The whole time I’ve had the Glowforge, I’ve not had a print going during one of those blackouts, that is, until I was printing that above image. Wish I had gotten more pics, but the engrave had only hit the bottom quarter of that design. I was almost ready to scrap the project, as I didn’t want to re-engrave where I had already hit, but then I realized that I have calipers! So I grabbed one of the designs from the bed, measured exactly how much it had done, then created a new file.

Added that new file to the one that was still uploaded so that I could realign to where I was, and boom, got perfect realignment! Was able to finish that project without throwing these away. 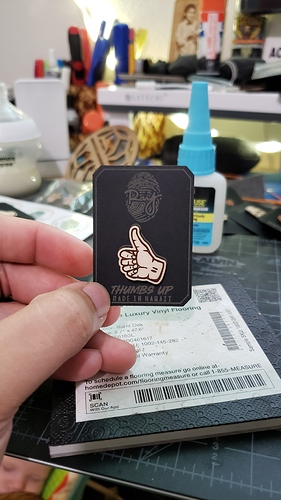 Thumbs up to that! So the next time someone feels like they’ve lost a project, just measure what did engrave, create a new file and upload the new one!

We used to have to do that with cratered 3D prints, but never thought to try it with an engrave. Good to know it can be done!

The article had me nodding in agreement. We have a sharp turn a mile or so up the road and it gets hammered a lot from people not familiar with the local roads.
Power goes away, and it is a safe bet to go take some coffee to the crews at that bend replacing a pole (keeps them from haring off for it).

Property owner had some fun with it once and I got a picture. 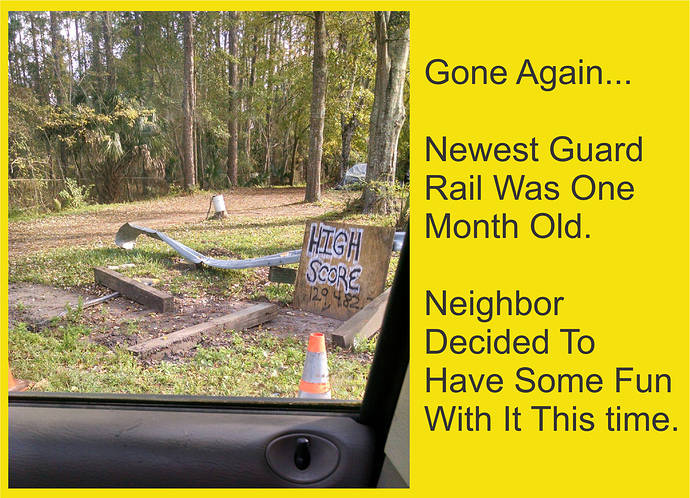 Nice save! A real thumbs up!