I come from a long line of truckers. When I heard of the historical event going on in Ottawa, Ontario, (the nation’s capital) I decided to start making commemorative items to show support for the truckers. I wanted to share my designs with the community. 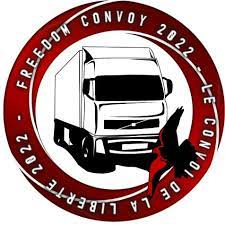 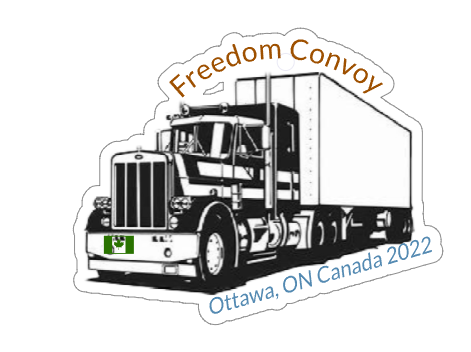 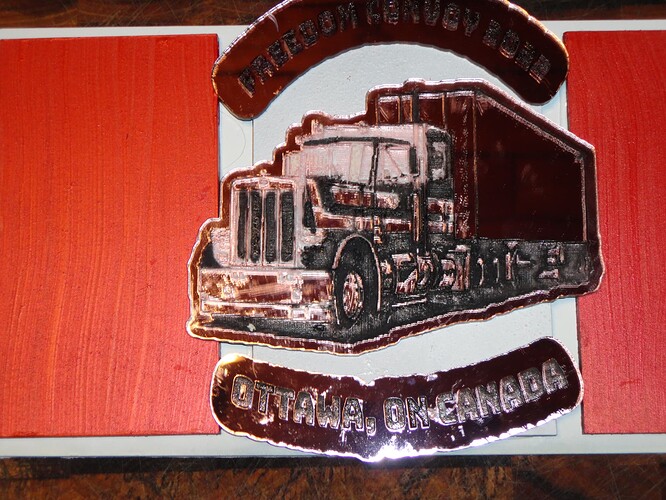 Well you’ll be happy to know then that not everyone is antivax. In fact I would suggest that most are not. They are anti mandate.

A distinction without a difference!

Many are anarchists just wanting to riot. I have no time for anyone in that crowd.

I don’t agree with that at all. I am vaccinated. I will be getting my booster in march when I am eligible to do so. I have always advocated for getting the vaccine IF you want to do so. Why? Because it works at lessening the chances of hospitalization. I am VEHEMENTLY against the government trying to FORCE people to get it. I will NEVER show my vaccine card to get into a venue or go shopping or whatever. There is a HUGE difference between antivax and anti-mandate.

Odd. I have watched many hours of coverage now that they are in Ottawa. And I defy you to find one person looking to riot. Many cops were questioned and none had seen anything less than peaceful. Garbage was being cleaned up, placed in bags, and readied for pickup. Snow was being shoveled from the sidewalks to make it safer. I think you are buying into the rhetoric that the CBC has been putting out.

My ex and I had to get vax’d to attend my daughter graduation ceremonies from BCT and AIT.

Neither asked to see it on-base.

If we hadn’t, well, we know what would have happened.

We took her to a concert shortly after AIT where, again, proof of vax was required, and they did indeed ask to see it.

Vax is mandated and self-test twice per week for my sister and her girls for school in the UK.

I’ve had three rounds with it. The original, one after BCT (Delta, despite being vax’d) and again around Christmas (The latest variety), which gave me horrible, lingering after effects for about a month despite not having more than a mild fever while “infected”…

I’m sick of this whole thing but more so of the rhetoric.

Globe and Mail: “Police in Ottawa say they have launched several criminal investigations – including into the desecration of national monuments.”
Toronto Star: “Ottawa police tweeted Sunday that they are looking into desecration of the National War Memorial and the Terry Fox statue near Parliament Hill.”
“Police are also investigating threatening behaviour toward police, city workers and other individuals, as well as damage to a city vehicle.”
“One truck flew a Confederate flag Saturday, and Nazi symbols and slogans were seen in the crowds.”
Need I go on?

Strange since one of the streamers was at those monuments and there was no police presence or any evidence of “desecration”. Nor was a nazi flag anywhere to be seen. Nor any other “bad” flag unless you count “F#$K TRUDEAU” as being a bad flag. There were plenty of those. And I already said that MANY police were questioned and not one said anything about bad behavior including said desecration or threatening behavior. Need I go on?

Please do! I love poking the bear—and *rump supporters. i’Ll BeT You oWN A MY pilLOw FRoM Mike LiNdELl!

I didn’t like the last guy either, but we don’t need to get a political sling fest going here. I’ve had my fill of it.

I believe what compelled mandates was the fact that both the hospitals and economy were on the verge of collapse.
Reaching for anything that could slow transmission. I had never seen refrigerated trucks parked side by side behind hospitals to stack the bodies in.
When hospital emergency protocols are going to require triage to decide who gets treated and who is left to die, There are few options remaining.

I understand because I would normally bristle at anyone telling me what I must do, I just happened to agree with the measure. But I also understand the science behind mRNA technology and the decades of research that developed it. Historically, this deployment will be seen as a turning point in the science of vaccination.

Yeah I’m not there, just going by the various news reports and seeing the demonstrations that happened here as well in solidarity. I won’t comment anymore on the subject.

I had seen the same reports, but just like anything - there’s one in every crowd. The military introduced me to that truth.
And the “News”, Thousands of people involved, but the one guy with the confederate flag gets highlighted. Like Tesla fires, everyone is going to hear about it, but nothing in context, like the 300,000 gas car fires that happen every year.

I understand because I would normally bristle at anyone telling me what I must do, I just happened to agree with the measure. But I also understand the science behind mRNA technology and the decades of research that developed it. Historically, this deployment will be seen as a turning point in the science of vaccination.

I agree with almost everything you said right there. I think the research that is going into the vaccines for this are going to create some amazing advances in medicine in the decades to come. But the thing that has always stuck with me and history tends to prove it out is that once you give up your rights, even if they are supposed to be for a temporary measure… they are so very rarely given back. Which is why I turned the corner where you did not. I totally understand why some would not though.

once you give up your rights,

Yes, a slippery slope. I fully get your point, If I didn’t agree with it, you’d have a hard time vaxing my alter ego, Mr. Hyde.

i’Ll BeT You oWN A MY pilLOw FRoM Mike LiNdELl!

Man, You need to up your insult game.

“I bet you sleep on really comfy pillows”

It reminds me of the Monty Python Spanish Inquisition bit.

) with this statement and vaccines - whether Covid or any of the other required ones, like TB, Polio, Diptheria, etc. Or the fact that every day in order to maintain a civil and workable social structure we gladly defer to someone telling us what to do hundreds or thousands of times a day … you know the Stop sign or the speed limit ones or the Slow Children signs or Slow, School Zone or No Smoking, or not selling alcohol to minors… Some bureaucrat deciding how fast we should drive or that we need to stop at intersections when we’re fully capable of determining ourselves if someone’s coming and can adjust our speed or behavior appropriately. You’d think that we don’t believe folks would drive rationally the way we just fold to pressure and allow the gov’t to tell us how to behave.

The false equivalencies are disturbing in what they reveal about how fractured we have become and how little sense of true freedom suppression many of us seem to have.