Made a few quick items last night while waiting for a call.

The sign is for a friend who loves to cook and bake and experiment in all things food. 1/8 maple plywood. The name was engraved into the main plaque to create a channel into which I dropped and glued the same name cut out on a different piece of the PG board. Purple because she’s a Vikings fan. This one was a test before I make a more elaborate one for my wife. I want to stain the wood to be a slightly darker color.

The wine glass charm is the same PG board. I wanted to see if I could cut out a name even smaller than my first attempt last Saturday.

The key ring fob is a double sided engrave. A friend’s picture from high school turned up the other day on Facebook so I decided to do something with it. In Illustrator, the front and back engravings are laid on top of one another. Engrave one side and ignore the other. Cut. Flip the key ring fob without moving the PG board. Ignore the front side engrave and cut, and then engrave the back side. FYI, he’s a Saints and LSU fan, and was not happy with the result of the NFL game on Sunday, with his Vikings’ girfriend whooping and hollering right beside him when he thought he had won. His hair is now dyed purple. 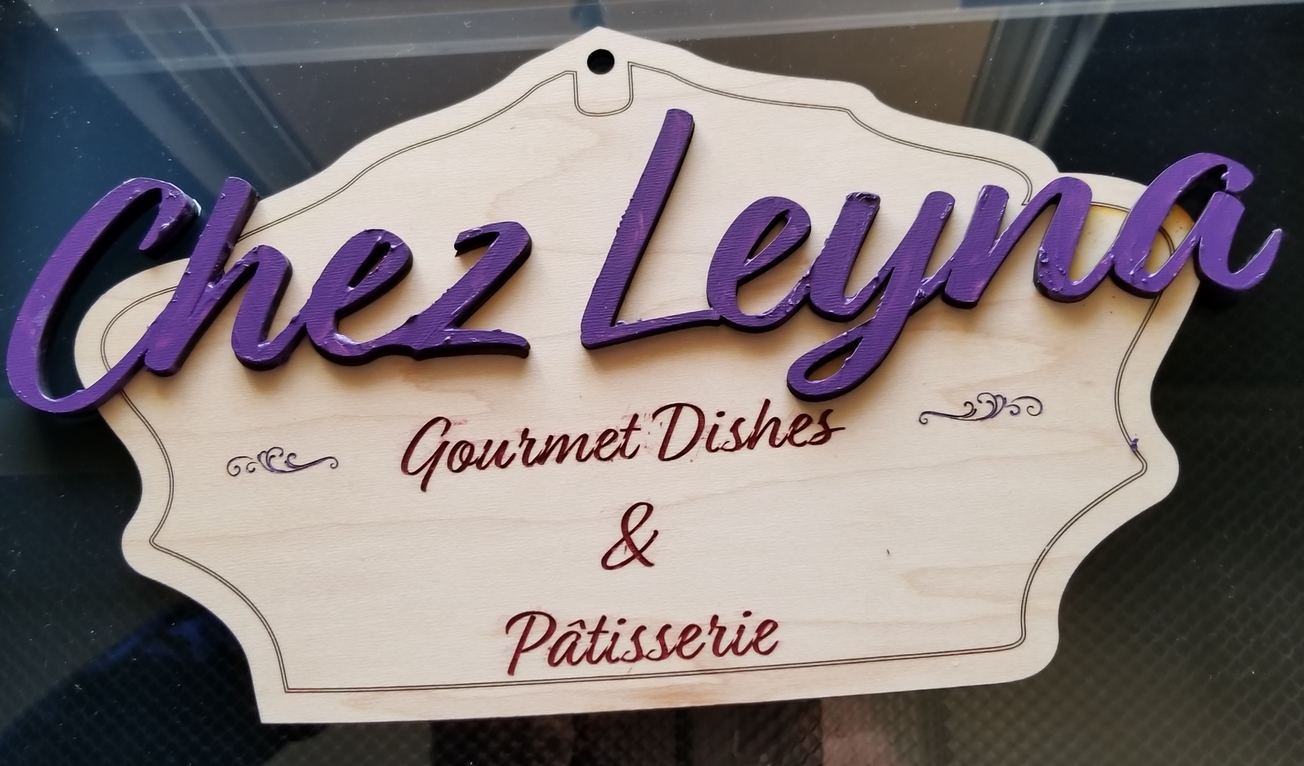 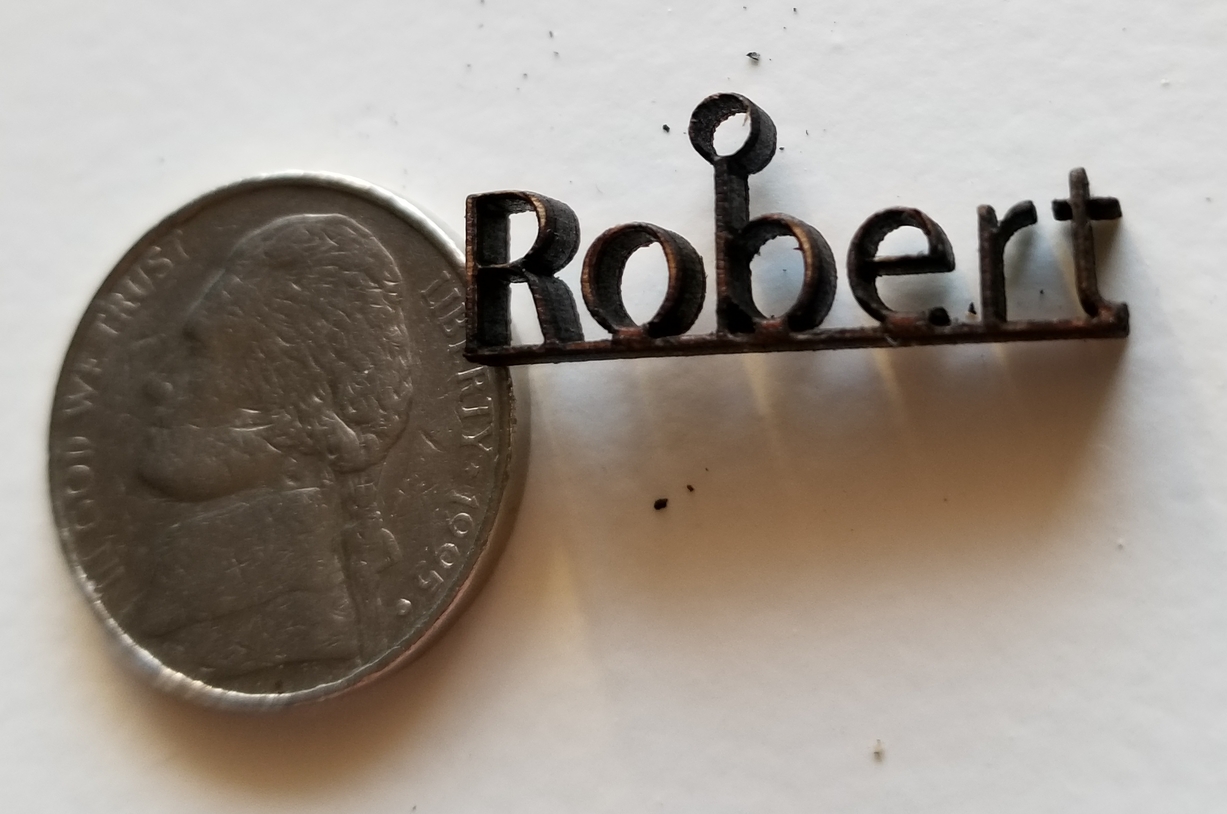 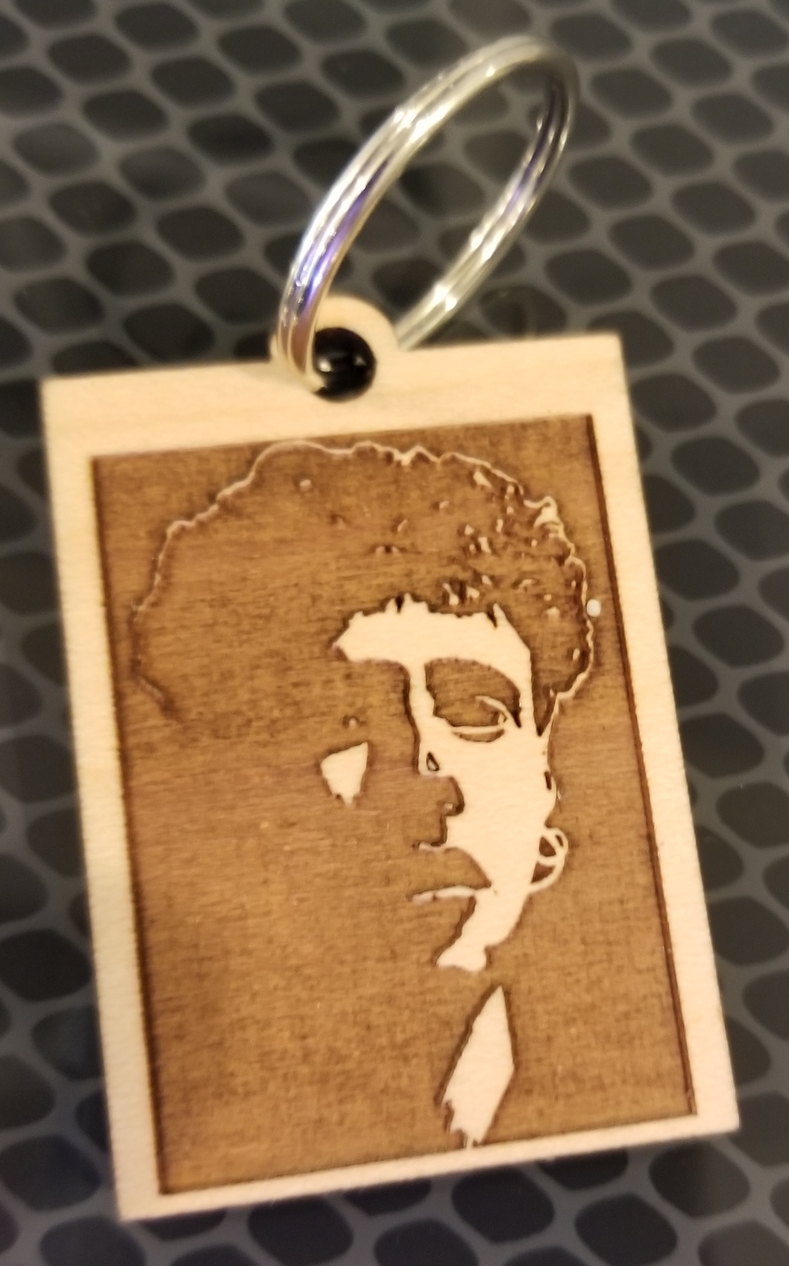 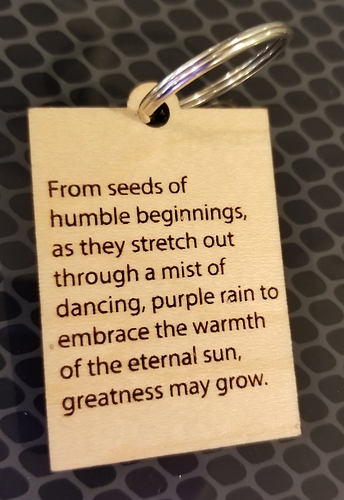 Yeah. He lost a bet but won the girl. Anyway, they are both going to the SuperBowl in her hometown of Minnesota. (Her friendly ex is an exec with the NFL network and she gets access to tickets.)