So I read about the dry moly lube and went to the store and bought a can. Then I spray 3 light coats on the knife blade and engrave a damascus pattern on it. One side came up pretty good the other side didn’t came up the same so I use a scotch pad and some polishing creame and I was able to remove the engrave easy. 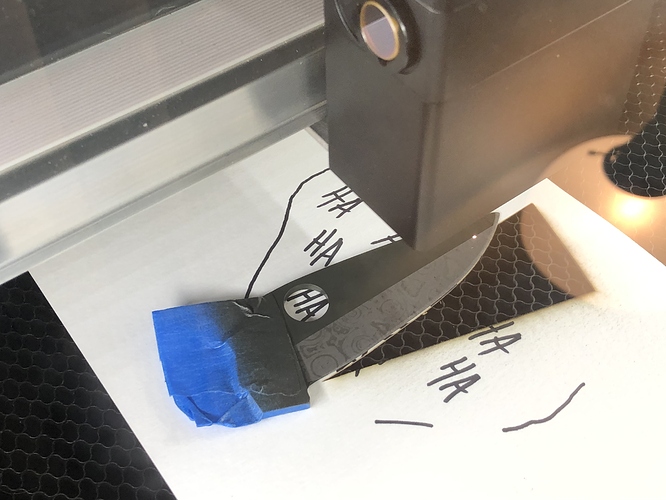 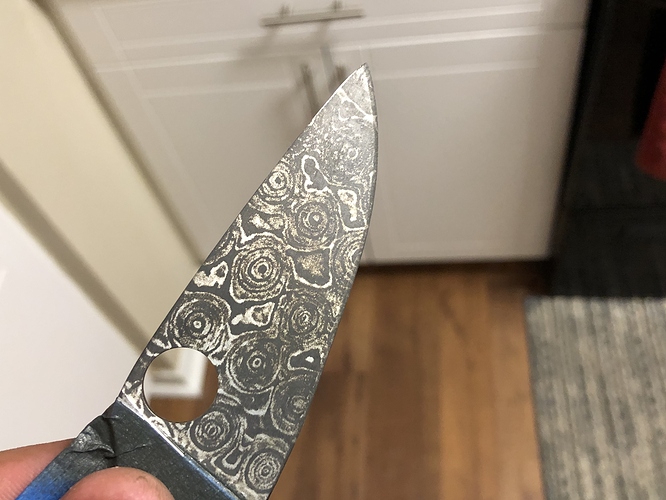 Well, that’s good to know. I bought a can as well but still haven’t tried it. The part that did work looks great!

Did you actually engrave the blade, that is, remove material from the surface, or did you just mark it with the dry moly lube? I thought the point of the dry moly was to mark the surface, not to act as an engraving medium. I would like to be able to permanently mark steel also.

I use the engraved settings but is more like a mark on top. But with the dry moley lube is very permanent daily use doesn’t affect the design. I was able to remove it with a scotch pad and buffing cream but take some effort.

what settings did you use?

The GF does not have the power to vaporize/remove metal. The best you can hope for is “marking”. And no matter what you use to mark it, it’s going to be removable with a little elbow grease. Since it’s just the surface layer of the metal that’s been marked, removing that surface layer will remove the marking along with it…

I know, I did some score on titanium and it left a good print and I didn’t use anything on it, So far is the best metal to work with on the GF!! 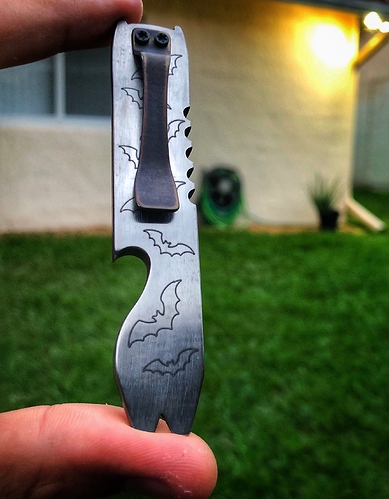 While this is the generally accepted view, there have been some metals that have been shown to actually engrave. Titanium and steel mostly, though steel seems to need an acidic engraving media applied to the surface, which is why I asked my question. These materials are both relatively poor heat conductors, so the GF laser may allow them to get hot enough to leave a permanent mark without something being adhered to the surface. I haven’t done any experimenting yet, but have been watching for a while to see what others are doing before I start my own.

I also bought a can. So many projects and so little time.

though steel seems to need an acidic engraving media

In my mind, anyway, I think of engraving as a tool that physically removes or displaces material to leave a mark. To “erase” an engraving you’d have to grind off at least a few mils of material.

I am impressed by the Titanium example posted by oneonedst, since that does look like material was removed. May have to find a scrap to try for myself…

If the material is being removed by the acid reaction, it is a chemical engrave. I have seen some users report marking steel without an acid media though, so it may be that in some instances the steel can get hot enough to engrave.