We just returned from a trip to D.C. All of the memorials were inspiring, but this one struck me for the creative way the image suggested those no longer with us. Black granite with faces engraved with kind of a rough halftone, an evocative image that was kind of almost there. in the foreground there were life-sized statues of soldiers.
It wasn’t until I was looking at the pictures of it that I saw it. The statues reflections. 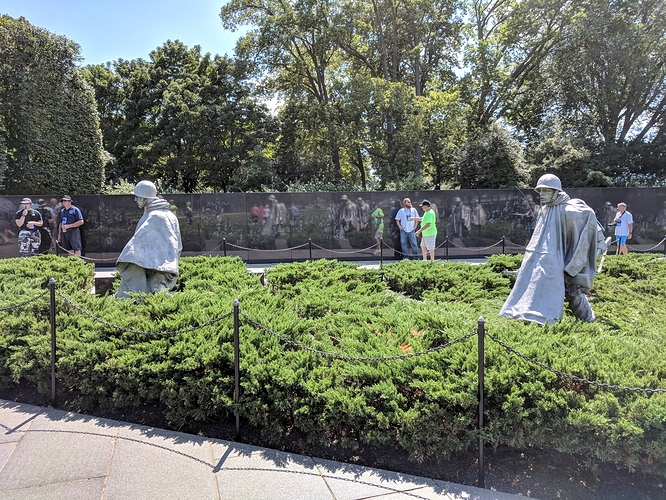 Ghosts in the stone. Wonderful memorial. 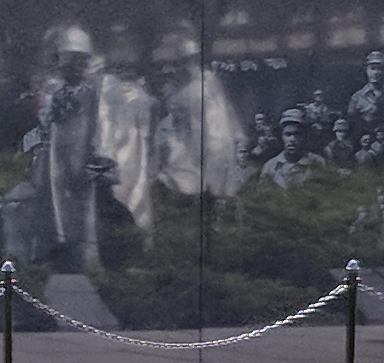 Sends chills down your spine!

That used to be my favorite memorial in DC. Especially at night when the laser etched faces look like ghosts in the air as the granite disappears. BTW, it’s the only memorial on the mall with a search dog. Also BTW, those are real Korean War vets etched - no models.

But, I find & choose memorials every year for a motorcycle grand tour called the Tour of Honor. I do New England and the Mid-Atlantic including DC so I’m kind of a memorial afficionado

I think the best one in DCis the one built in 2016 for the Diabled American Veterans. It’s on 2nd St SW and Washington Ave SW. It has 48 etched glass panels and 4 bronze statues of soldiers who were injured or disabled in the line of duty. The etched soldiers are surrounded by quotations from the famous and the average GI.

This panel’s quote kind of sums up the whole memorial: In war, there are no uninjured soldiers 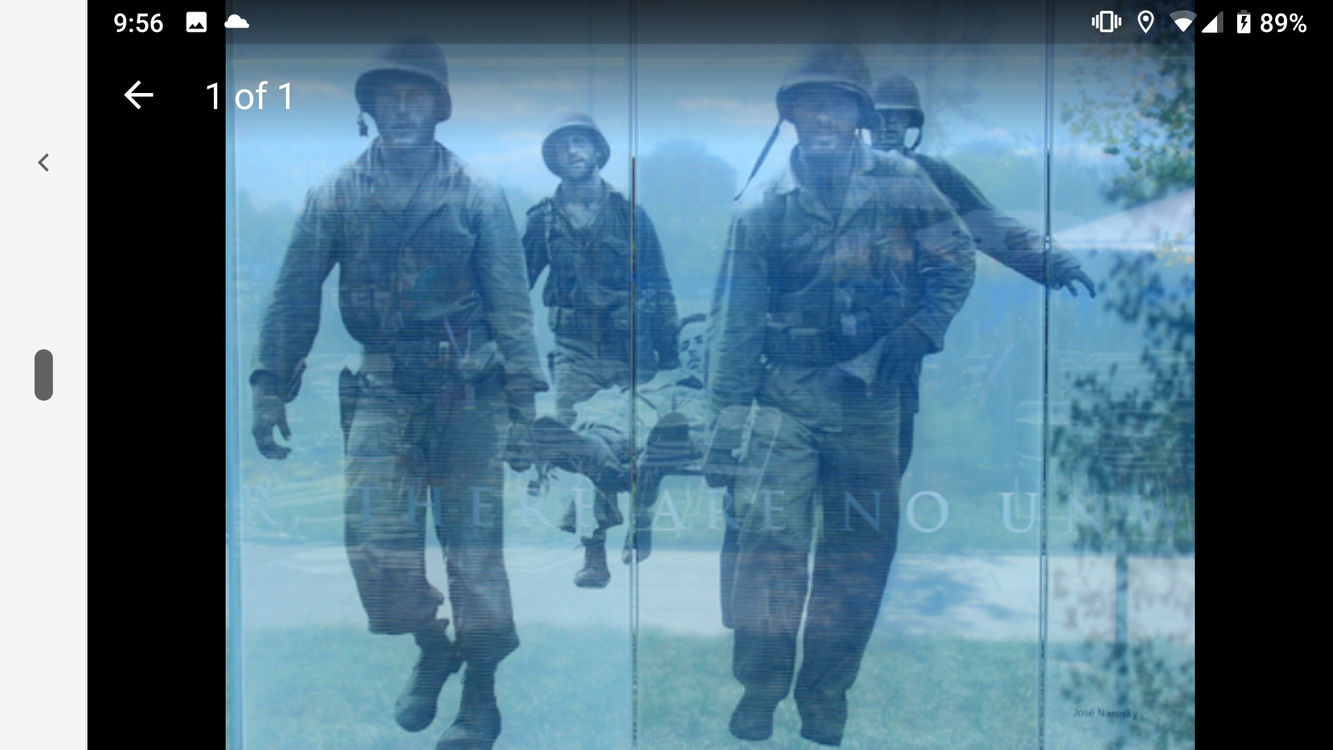 Checkout the tourofhonor.com website if you want to see some awesome memorials to veterans, first responders and other heroes. If you ride the Tour, proceeds goes to veterans charities.

BTW, back to the Mall. Just steps away from the Korean War Memorial is the WWII Memorial that has a hidden (mostly) Kilroy Was Here drawing that like the originals in Europe during the war appeared with no one taking credit or knowing who/where/when it was drawn. Millions of people have walked past it and not known it was there

How cool!
I would have liked to see the Korean monument at night.

I would have liked to see the Korean monument at night

If you ever get a chance it’s very moving at night. Even more so if it’s foggy - the statues look like they’re actually crossing a rice paddy. Very spooky.

Most of the ones on the mall look very different at night and often more touching. Others nearby (MLK, Roosevelt, etc) seem to be better in the daytime.

The friends we visited suggested seeing them at night, remarking on their striking lighting, and the thin crowds but we didn’t get around to it.

one of the newest memorials in the DC area is my current favorite. if you get a chance to visit the 911 memorial at the pentagon, especially at night, it’s just fantastically done. and if you go at night, there’s a good possibility you’ll be there either all alone or with only a few people around. no tour buses.

Seconded! We went in the middle of a weekday, and had it all to ourselves. It’s very moving…but I guess the same goes for a lot of the things we saw there…I spent a lot of time feeling a little choked up and misty-eyed. The 911 and Vietnam memorials definitely topped my list, though. 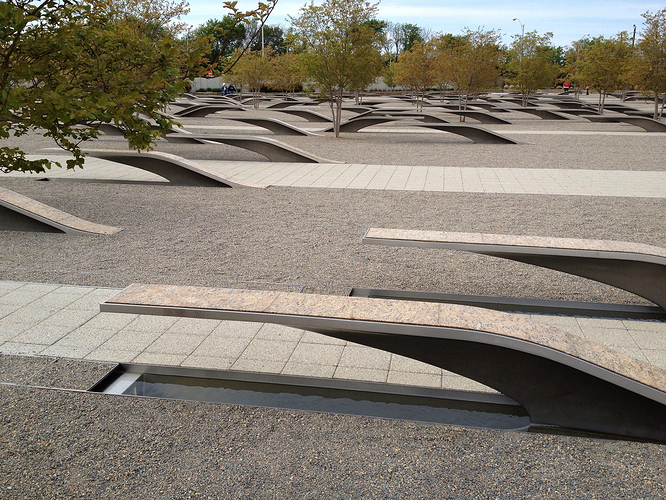 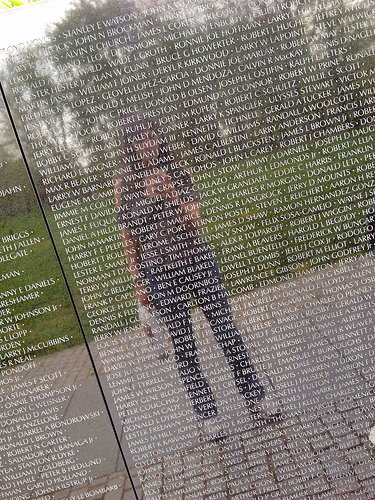 Yeah, that was my war.
I’m the guy in the red shirt getting a man’s name rubbed for his friend in the chair, the guy that made it out.
That’s a scene that occurs there on a daily basis. 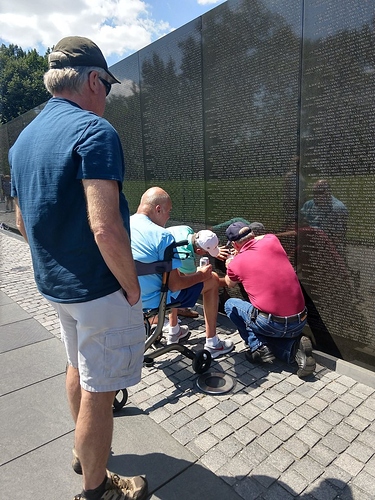 Yep, I saw a few of those happening, too.

Wow. I never see myself from this perspective, but you can sure see where that 3 level lumbar fusion is.