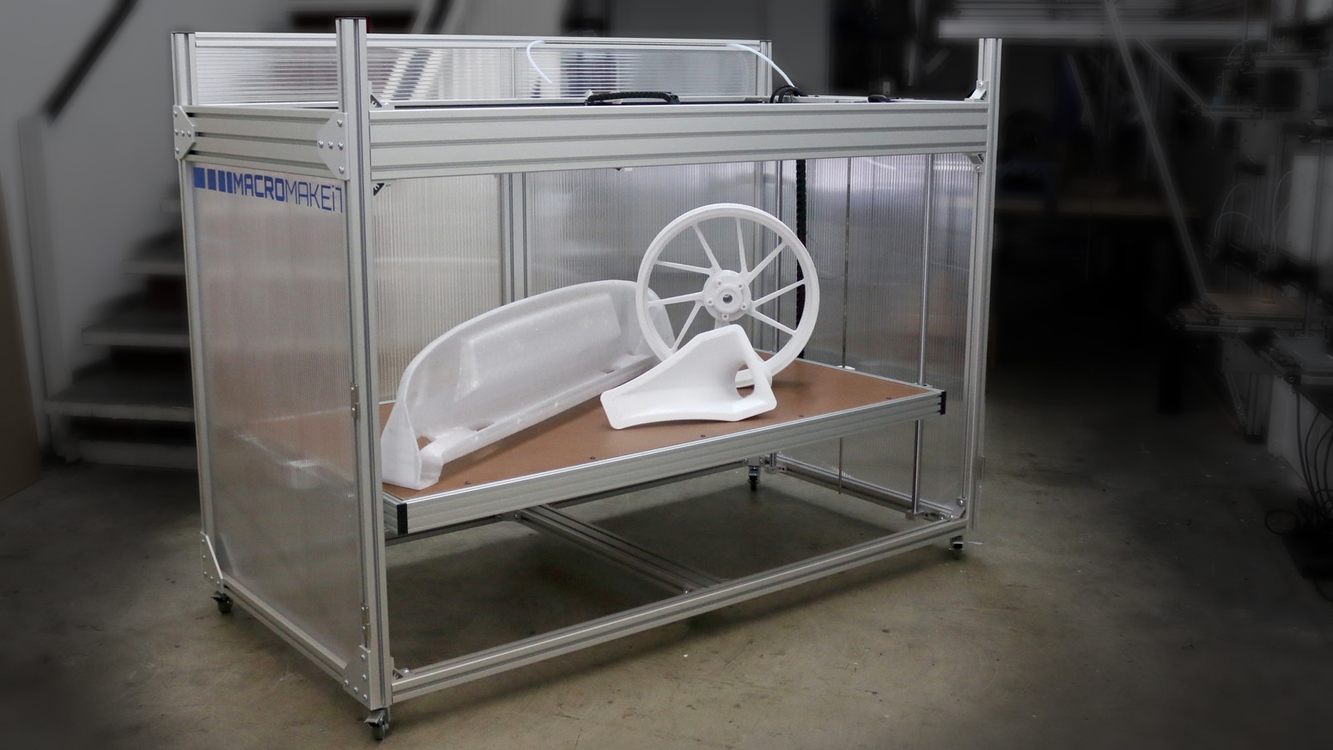 The only large-format, USA-made, 3D printer available for under $8000. Fully-enclosed, 2' x 4' area, and feature packed.

All right! Start that design and come back a couple months later and it’s all done!

(Or you’ve got a condor-sized bird’s nest available for your feathered friends.)

Don’t forget the constant supply of filament that UPS would be delivering to your front door on a daily basis!

the constant supply of filament

That is one thing I do not understand. Why is it that they even use filiment? It would seem that a half gallon heated container could do all the feeding needed or even a 4"x a foot “filament” with a glue gun drive so when it gets down so far you just add another. At first I thought it was the usual printer ink scam in your usual printers that a replacement of ink was about the same price as a printer plus ink. But now it looks like the filament game is the standard.

I would love to have a 3D printer, but I think I’ll start small. I could only imagine the heartbreak if a piece that size crashed near the end of a print.

Start that design and come back a couple months later and it’s all done!

As much as I enjoyed playing with 3D printing, the time to print was always a deal breaker for it being the ‘one ring to rule them all’.

Biggest thing going for it is the same as with these Glowforge. Personalized items that can not be bought in a store.

Lightswitch covers were a big Ohhh with 3D printing. You could make them look or say whatever you wanted to.
Glowforge can also do this and even if you made it as impressive as you could in the 3x5 space allowed, you could still probably make 4 or 5 in the time needed to 3D print one.

That said, a 3D printer with that size commitment would allow you to make things that would be impossible without it. After market replacement parts for items not being manufactured anymore is a real money maker in selective niche markets.

replacement parts for items not being manufactured anymore

Is a needful thing it seems like daily. Now if it could only print metal parts that big

There is a powdered tray flavor printer that does metallic parts.
Bring money.
Only one I ever saw doing it’s thing was in a research lab.

I didn’t read the specs or anything but one would presume that you could greatly increase your layer height to speed things along.

you could greatly increase your layer height to speed things along.

If the layer height was 1/100 the object height what would be terrible in a piece a couple inches tall would not look so bad if a meter. and if I can do building size even a quarter inch layer would be great.

That’s my thinking. When you’re working at that kind of scale, you generally don’t need as significant of output resolution. Just depends on the use case, I suppose.