I wanted to see if it was possible to cut a dovetail without trying to engrave the pin slope. I have read about the chisel method, but that relies on a visible undercut of the pin, which also weakens it.

I did some modeling and calculations using Fusion 360, and used a trapezoidal wedge to lift one edge of the joint to 10 degrees, using the cutout board as a placement fixture. I also calculated the cut focus heights and entered them individually for each cut. Then I flipped the part, raised the other edge, and cut again. 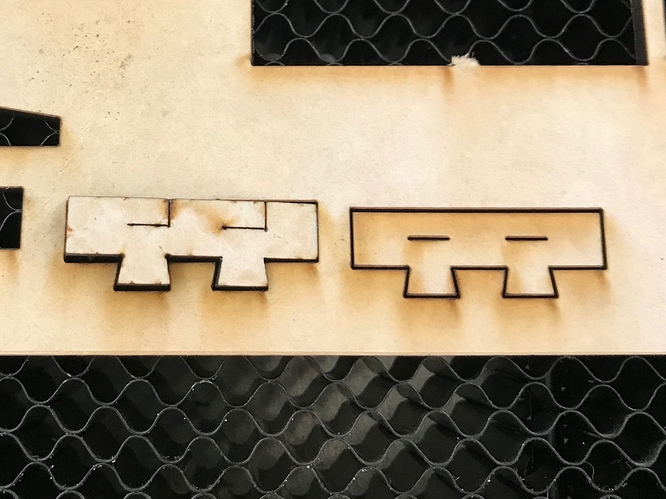 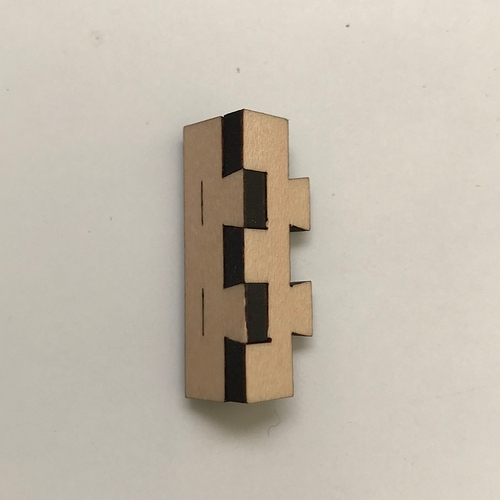 So you can get it to work, but only for short lengths (or else the piece goes too high), and it’s not easy or realistic. But it was fun to try. 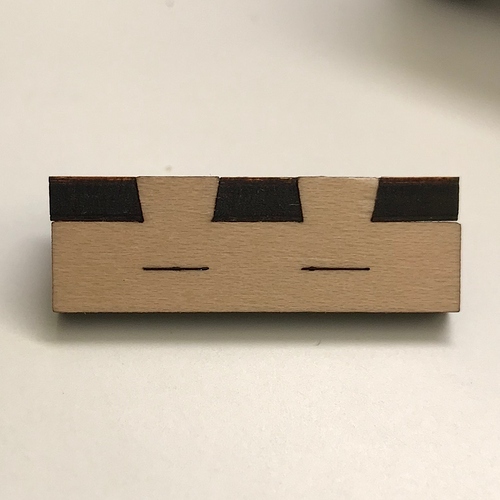 The experimenting is one of my favorite things. Exploring the unknown. Both CNC and lasers were brand new to me 6 months ago, so I still have many treasures to uncover.

Dovetails are a curious matter. Thanks for sharing your findings!

If you took the crumb tray out and repositioned the material, you could get about 8" for a 10-degree dovetail, but it would mostly be to say you had done it…

If you took the crumb tray out and repositioned the material, you could get about 8" for a 10-degree dovetail, but it would mostly be to say you had done it…

focus would be a problem.

That’s why you would have to reposition. Zap the parts that are within the focal range (requiring a series of nominally separate cuts with different focus settings), then move the piece so a new section is within the focal range and so forth. As long as the part sticking up is on the front-door side of the head, it’s not going to run into anything until it hits the lid or the front edge

With enough practice and enough jigs you could probably do this as fast as by hand.

Your technique is quite ingenious, although somewhat less than practical for most purposes.
What we really need is a 45° mirror accessory (and the matching software tweaks) that converts the vertical laser beam into a horizontal one at the bed height.