As the majority of us don’t appear to have access to lasers now, maybe it would be interesting to start a thread to share opinions/tips regarding online (or offline?) laser cutting services—in case it’s useful reference for anyone wanting to get some head-start practice.

I have used Ponoko a few times and will continue to do so at least until I get my GF : https://www.ponoko.com/
I have only used their bamboo veneer material: http://www.ponoko.com/make-and-sell/show-material/52-bamboo-ply

I have been happy with the results/service (and love that material) however it is pretty pricey to ship to Canada. My only issue was that my software unknowingly scaled the dimensions of my SVG during export - so I was initially sad to receive a cut that was %66 smaller than what I expected. I learned to always double-check the dimensions of the final exported file, and have had no problems since (and that “problem” turned out to be a happy-accident, as the smaller version worked better!)

Would have preferred to work with someone local, but the shops near me seem to have fairly poor service (my guess is that it’s because they are too busy with larger clients to deal with small-timers like me).

Anyone have different opinions/experiences with Ponoko, or of any other services?

Ponoko is very reliable but expensive, as are most online cut/print services. I’d recommend looking up your local makerspace/Fab Lab and seeing if they have a laser cutter you can play with affordably until GF delivery.

This is semi off-topic, but relates to head-start/learning:

The machine I first purchased (about a year ago) was a KnK Zing:

The KNK Zing Air allows you to create and cut your own custom designs. No need to purchase files or cartridges. Comes with over 10,000 free files!


Just a plotter with a blade. Very oriented to paper-scrapbooking-hobby-crafting crowd, though a pinch more workhorse (well, pony) than cheaper products like Cricut.

The thickest I managed to cut with the KnK Zing model was chipboard about the thickness used in cereal boxes - but for my purposes it was a great training tool to learn about/explore a simple digital fabrication pipeline (my background is mostly making software); so gaining a basic understanding simple workflow, illustration tools, custom cut settings, engineering of physical parts, etc.—knowledge I hope that will translate over, at least partially, to using my GF.

I even made prototypes of my project where I would glue 4-5 layers of cut chipboard parts to approximate the ~3mm (not quite 1/8”) material I would later have lasercut from Ponoko. Quite time consuming, but super satisfying for an intro-to-digital-fabrication-prototyping experience. That approach defiantly allowed the Zing to pay for itself by at least saving me extra orders from Ponoko.

Looks like KnK are also in the middle of a Kickstarter for a new model called Force: 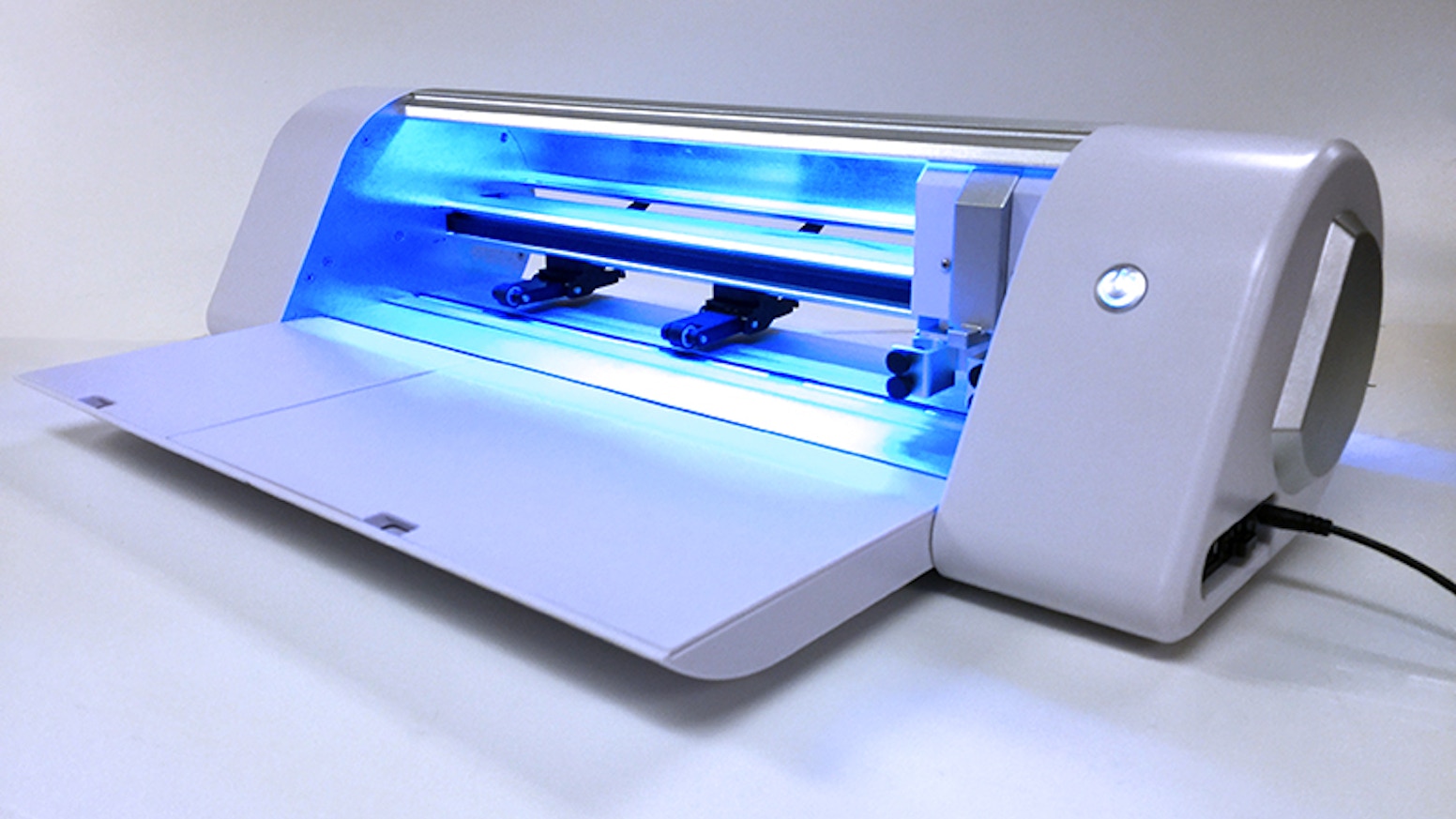 Introducing the KLIC-N-KUT Force: An electronic cutter with dual cutting heads and a true Z axis

I’ve also used Ponoko rather extensively, mainly for acrylic and bamboo accessories for my playing card business. They do decent work, but the cost is so high that I’ve only done very limited releases. I’m hoping that the Glowforge will allow me to make similar products but not have the limitations of crazy cutting costs.

I recently joined a local Makerspace. If you have projects in mind that you would like to have cut I’d be happy to help you out. My son and I go once a week to use the laser.