So one of my friends who I play D&D and magic with hit me up yesterday with a challenge:

"YOU CAN PUT FOILS IN YOUR LASER!

After further review, the user had been using a diod laser and running it super low powered to essentially scratch off the outer layer of the card without touching the rest.

Not satisfied with being told “oh you probably can’t do this because your laser is too powerful” I set out to the task of looking through many boxes and pulling out shiny land cards.

After playing around with settings and finding out what doesn’t work, I switched to a generic laser setting and cranked it down to find out just how much this would need to be powered down, and here Is what I found: 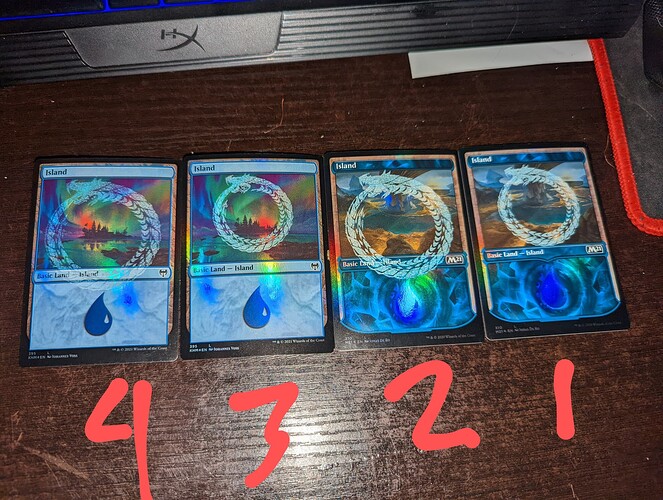 fun to think of the limitless possibilities of this new adventure

My sister designs her own cards.

Nice! I have a few friends from the TikTok community I’m a part of that do card alterations

Never say “you probably can’t do this” to a maker

Unless your goal is to see them try!

This made me chuckle!