My friend has a small 4x4 leather tray to drop his daily carry into when he gets home from work. He loves it but its a bit small to hold all of his stuff so he said he wanted an 8x8 one and asked me if I could make one for him (he actually offered to buy me a side of leather in exchange).

The design wasn’t too difficult. I started by drawing some primitives and piecing them together in the general shape I was going for. 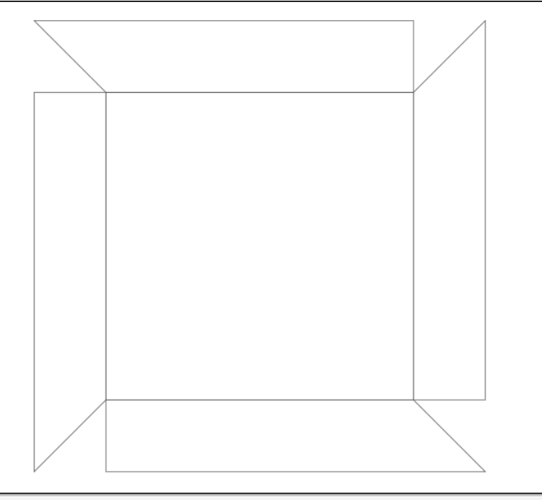 Then I merged them and rounded the corners. 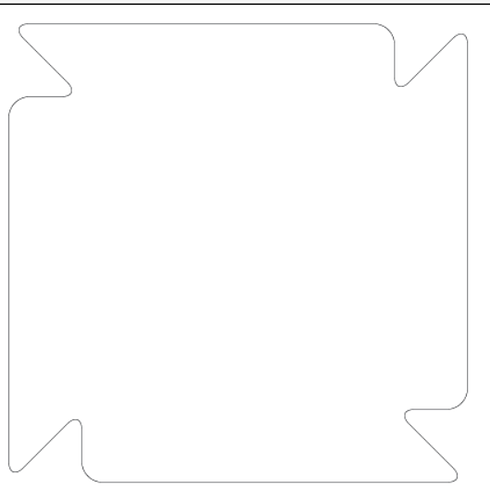 The snaps are line 20 snaps from tandy. To get the holes evenly placed, I put them on teh corner of the box (the unrounded corner) and then moved them in exact amounts to ensure each landed in the same place. The placement of them was a guessing game since I didn’t feel like trying to come up with the math to figure out how to get the tray to fold up just right. I used trial and error to get them where I wanted them. They’re still a little too close to the edge IMO, but I don’t think it looks too bad. For my trial runs, I scaled the drawing and printed it on paper and cut it out by hand. This gave a general idea of how it would line up but not exact since paper is so thin and pliable compared to leather.

The project wasn’t without its hiccups as I made a few mistakes (par for the course for me). The design is just a hair too big for the glowforge. The smallest resizing though makes it fit and the line 20 snap holes have enough padding to take the minor scale down. I’ve only made 1 so far so I haven’t updated the design file. It was quick and easy enough to scale in the glowforge UI so I didn’t bother pinpointing exactly the scale factor I’d need to update the design with.

The bigger mistake was that in trying to avoid a mark in the leather, I aligned the cut too close to the edge and ended up missing on one side. It didn’t miss by enough to be super noticeable, but the edge didn’t get charred since the laser missed it. It was just cut with a box cutter. To “fix” it, I took some black antiquing gel that I had from a previous project and rubbed it on the edge. You can barely tell any difference between the dyed edge and the laser cut edge. And unless you know what to look for, the slightly off cut line isn’t super noticeable. 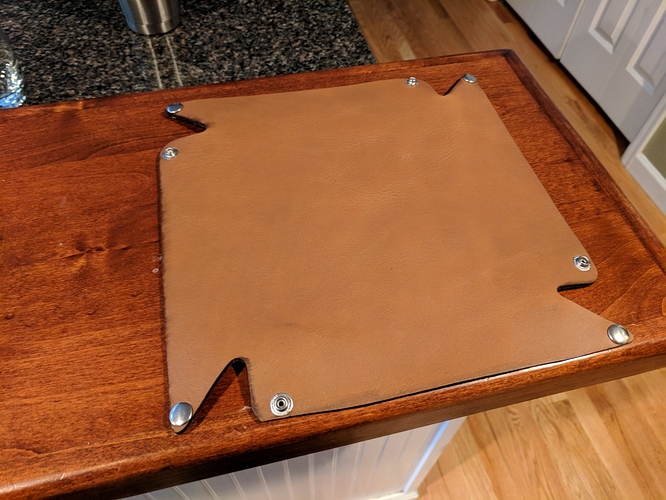 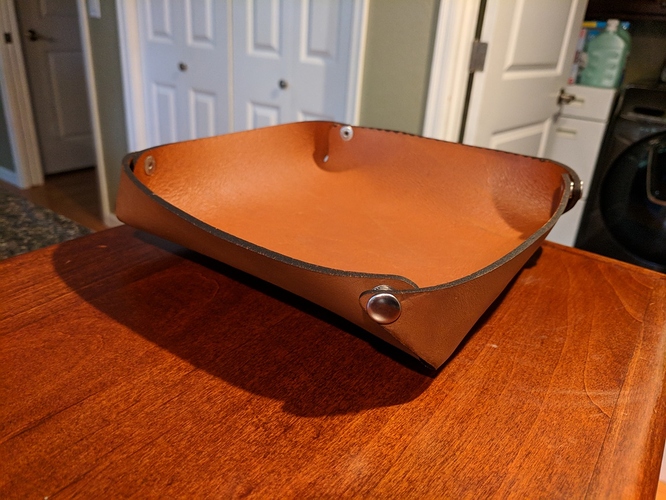 Here’s the bad edge (the edge on the left). You can see it got some extra flashback since the laser totally missed the material. And you can see a slight change in how the light reflects off the edge near the back part of the edge where the laser picked up again. It’s less noticeable in person. 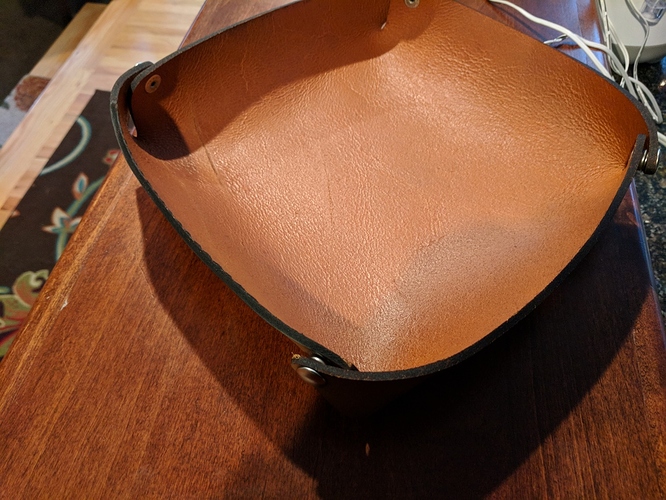 Here’s the design file to save someone a few minutes if they want to make their own. Honestly I’d like to be able to sell this for $.99 or so as that seems like a fair portion of the cost of making one, but seeing as the catalog isn’t fully up, I don’t mind giving it out for free. Hopefully this isn’t against the rules…I’m sure someone will let me know if it is. But if anyone appreciates the design and would like to see more free design posts, you can donate to my paypal pool. Feel free to give however much you think its worth. And don’t feel bad for just taking the design and running :-). This is the free category after all. Also you’re welcome to make any modifications you like to it. Happy New Years everyone!

Good idea and thank you for sharing!

Nice! I like the rounding. And a lot of projects are simple but incredibly useful.

Thanks for the replies and compliments. Let me know if anyone has any suggestions on changes to make. I’m likely going to make a slightly smaller one for myself an am always looking to improve designs.

Nice! This is definitely something I’ve been wanting to make since before I even bought the

What kind of leather did you use?

It’s vegetable tanned cowhide leather that I got from Tandy in Seattle. About 3mm thick. It’s finished on one side but the unfinished side actually looks partially finished, which is why I chose it for this project. It was a solid price from what I’ve seen at about $5 a foot.

Instead of snaps you could use tabs and slots for the corners. They hold really with with the tooling leather on the clutch and my small purse design.

Love the simplicity of the style … excellent to catch visitor keys at the front door!

Oh yeah, missed commenting on this one -

the design! It would make a nice catalog addition, so it’s lovely of you to share it!