I’ve been preoccupied lately with making larger leather products and now I’m ready to step back and focus on smaller ones. One of the products that has been on my mind for several months now is leather watch straps. As simple as it might appear to be, I quickly learned how difficult it is to design and make one. The prototype that I’ll share with you below is still being developed and there are lots of modifications that I’ll be making until its to my satisfaction. 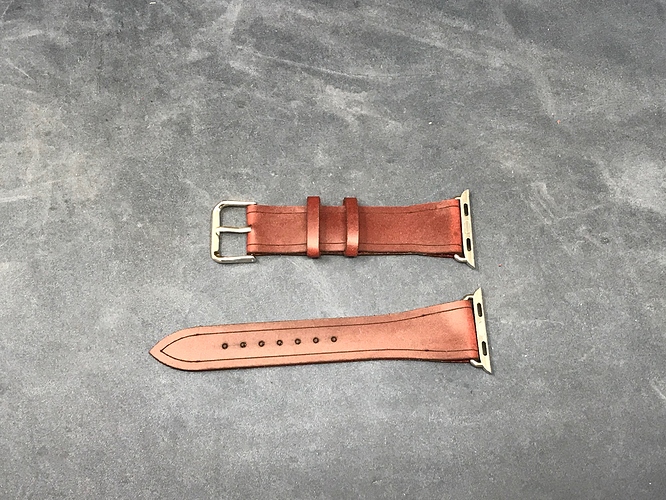 Starting off with a simple design, the watch straps are just about the same width as the watch connector piece. In this case, I’m focusing on the Apple Watch Series 4, 40mm, which requires a specific connector. The initial leather cut that came out of the Glowforge is twice the length as what you see in the photograph. It was folded in half around the connector piece and glued together. The other part of the watch strap includes a buckle and strap holders to keep the watch strap in place after it goes through the buckle. 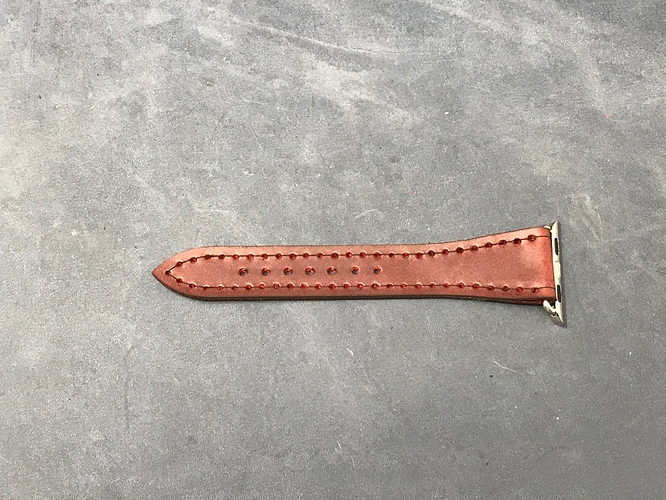 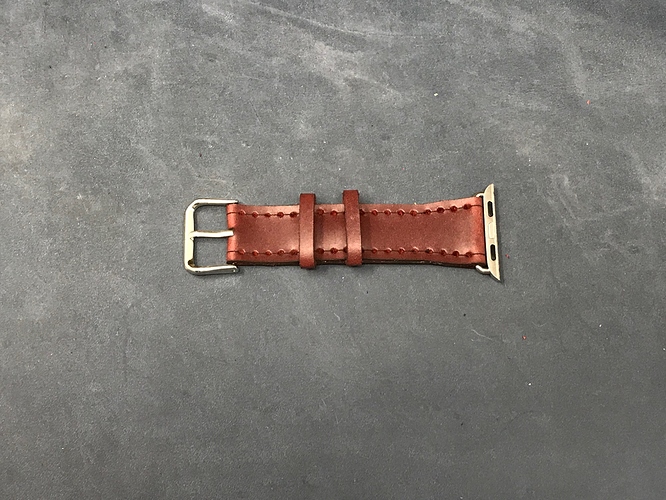 If you’ve seen some of my earlier posts, my initial prototypes are laser cut, then a template is made, and everything is cut and tooled by hand. In this case, I had a mixture of both laser cutting and tooling to put the stitching holes into the watch straps. 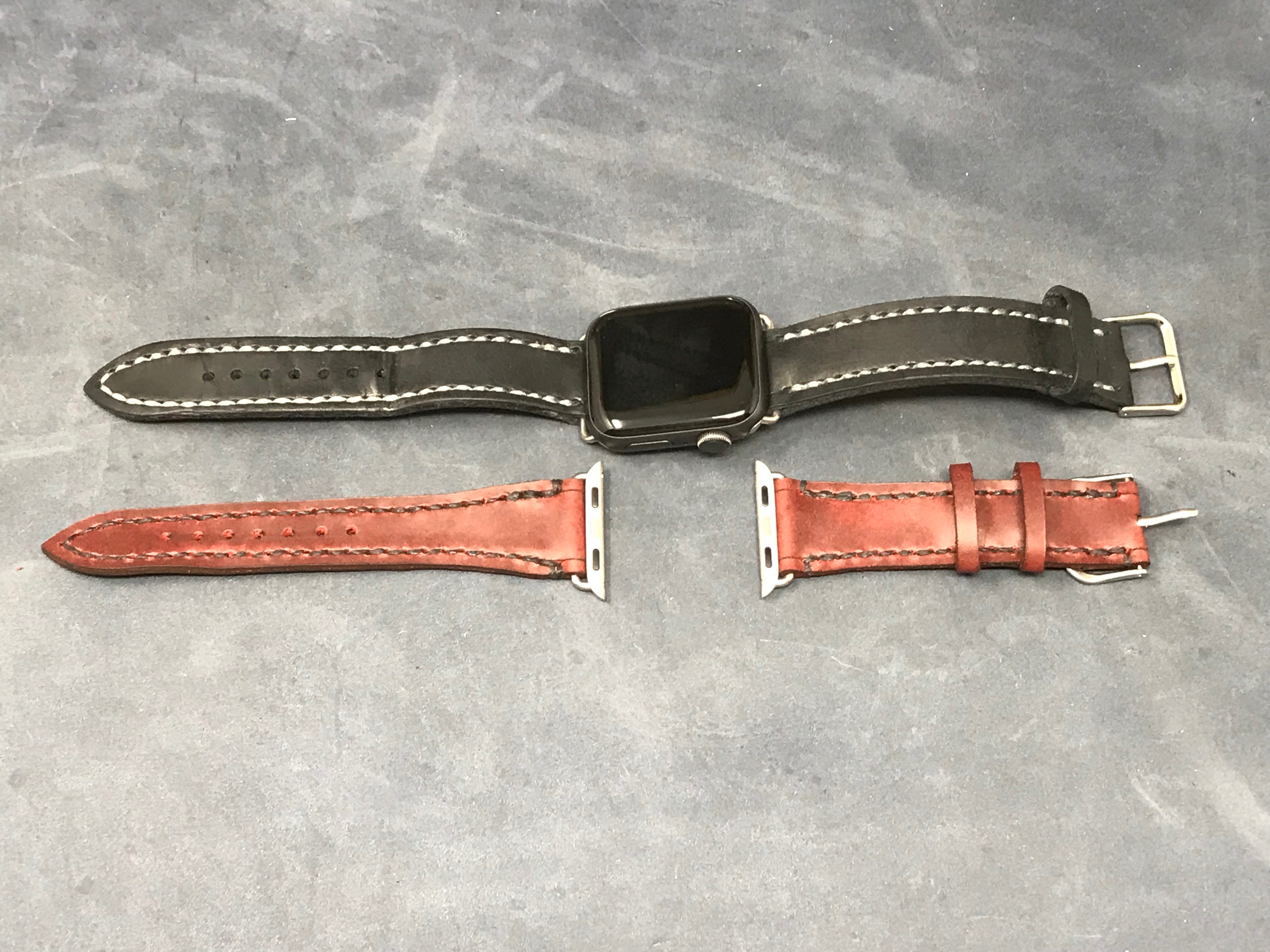 Last, but not least, after stitching the two sides of the watch strap, I quickly learned that the leather that I used needs to be thicker to hold stitches better and to have more support. The red watch strap was a great initial prototype and the midnight blue one is another prototype that uses thicker leather and a slightly modified design. 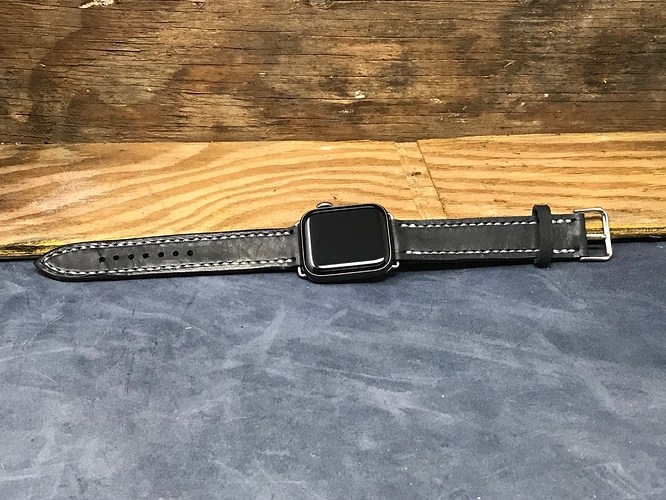 There’s several more iterations of the watch strap to come, but I thought it might inspire some of you who have been contemplating watch straps as your next Glowforge project! I was a little hesitant to share this one because the initial prototype (red leather) doesn’t show the quality of work that I constantly aspire to achieve. However, this shows how the iterative process really makes a product great. Now, onto watchstrap prototype version 3

Thanks for reading and let me know what you think!
Tim

Very nice! The red one is particularly elegant with those subtle curves.