Hello, fellow 'Forgers! I had this idea a while ago, and finally got around to making a couple. These are magnets with some laser-cut leather dyed and glued around them to make little pockets with handy attachment points. I was originally planning on using them on a friend’s iron-balustered staircase to hold a sign. I didn’t get them done in time for the party where we wanted to let people know not to go up those stairs, but I ended up making them anyway. Thankfully, I remembered that in a lot of houses (at least in the US) interior drywall corners are often reinforced with a steel strip. So, with that knowledge and my little magnet things, I was able to hang up a garland that my wife made! The best part is that you don’t need to make any holes like you would with push pins, and they’re easily reusable. I’m sure you all can come up with more uses for them, too! 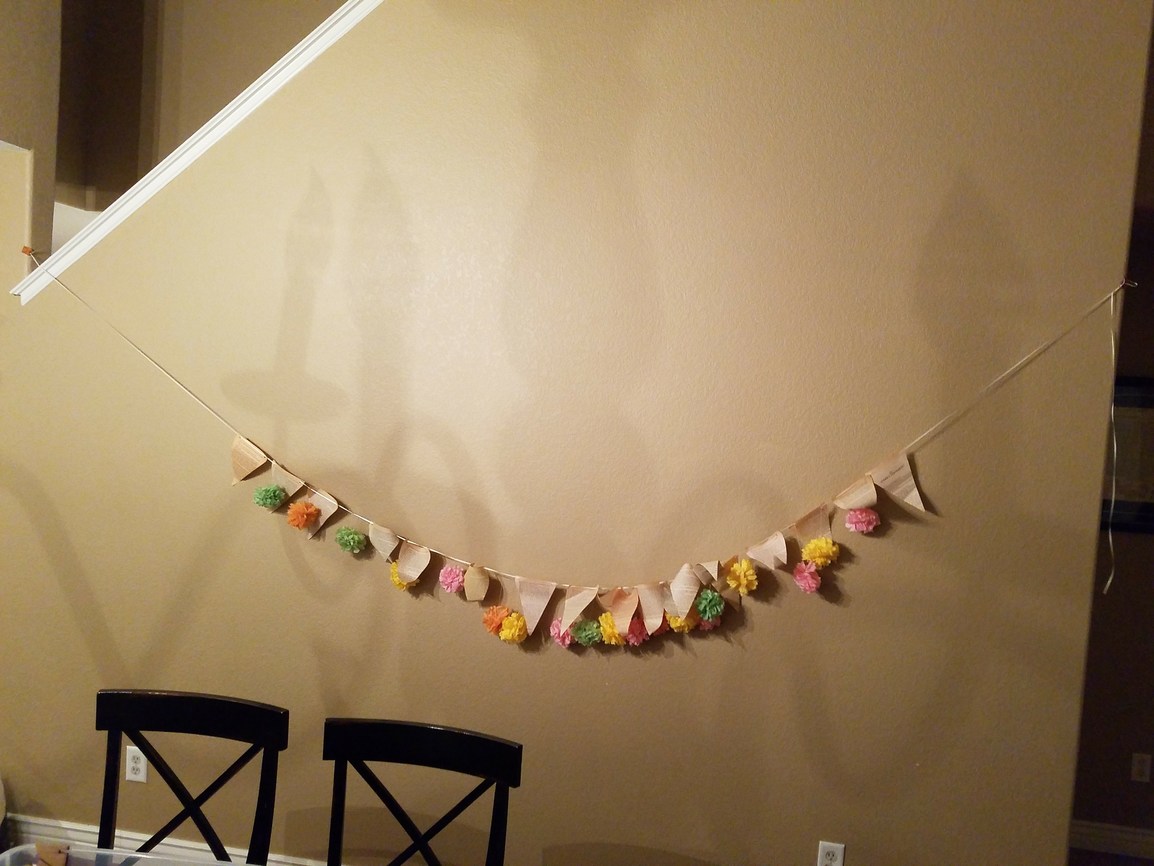 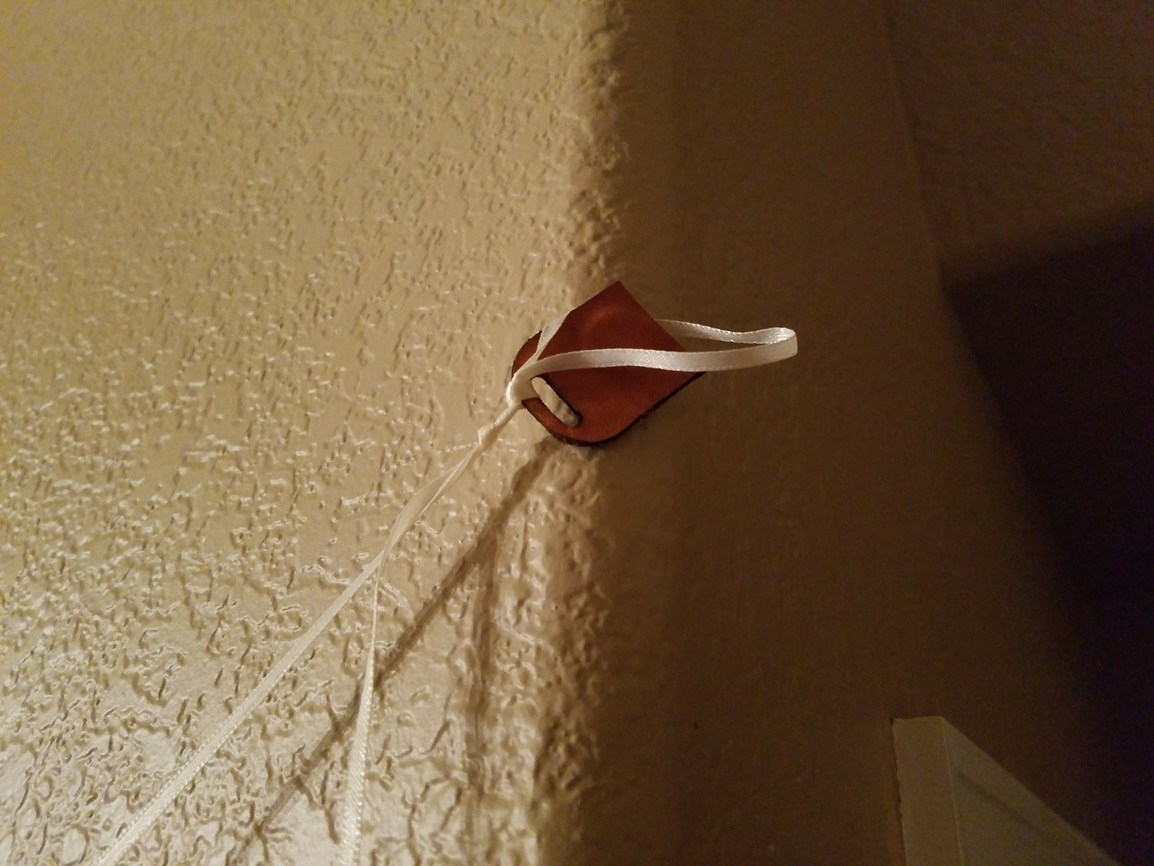 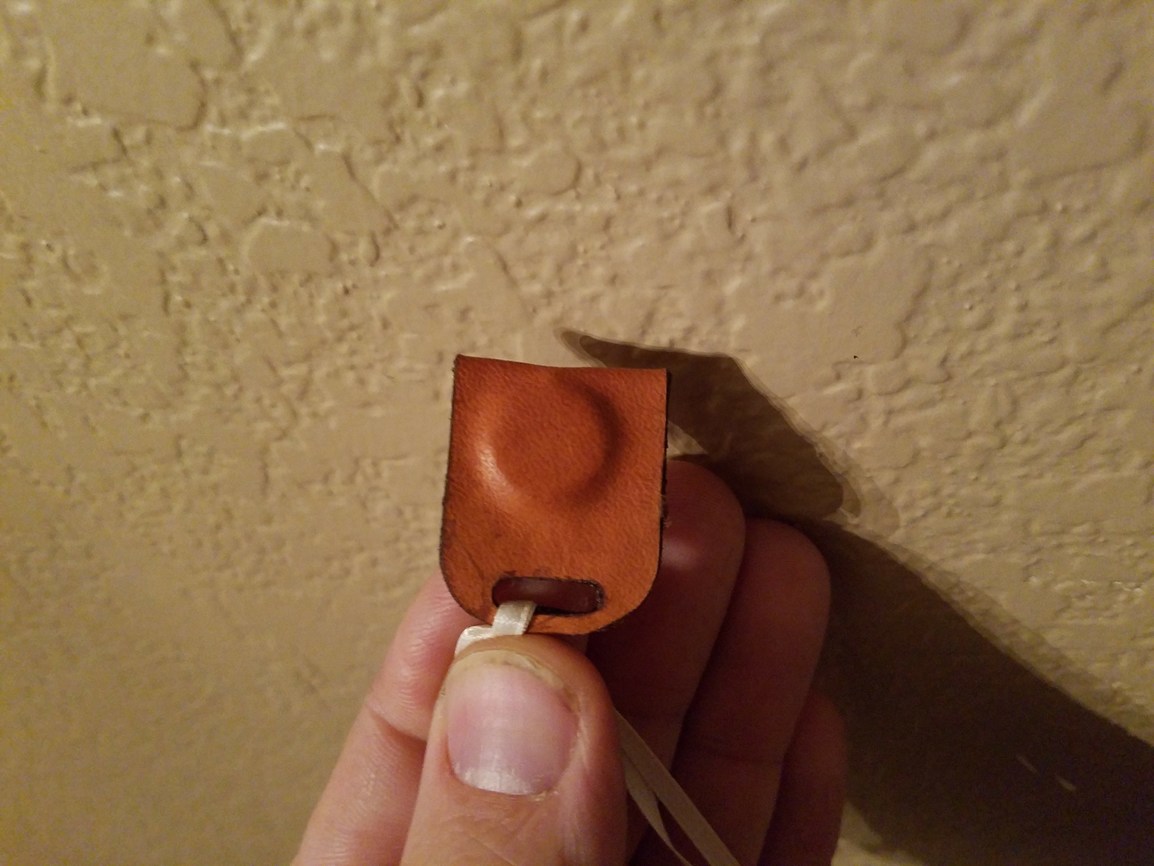 IMG_20180210_004604.jpg1154×866 141 KB
This is what they look like up close! I used the Proofgrade leather that came with the Glowforge, applied some dye from Tandy leather, and glued it around the magnet with some Barge cement. They went together pretty quickly, and they feel quite sturdy with the two layers glued together, even on the thin section where I tied the ribbon.

Genius idea! I’d love to ditch the tiny nails I’ve got in my walls for this purpose.

That is an amazing Idea. Wonder if it will stick to a dry wall nail in the sheetrock?

I tried to run it around a bit and see if it would grab hold, but didn’t have any luck. I’ll definitely try it again, though!

I see leather fridge magnets in my future. Could also be an interesting experiment in leather bracelets… Easy clasping…

That is a clever idea and came out very well!! This past week I had a funny magnet story…
I had ordered some simple flat bar magnets on Amazon last month to use with my

to hold down thin pieces and

as well. They were scheduled to be delivered on 1/23/18 and I almost forgot about them until I looked in my email on the 28th and thought “I should have had them last week - porch pirates? what?” So when I tracked them in USPS, they just kind of “disappeared” on the 21st in the system.
Amazon said I could wait or get a refund, I decided to wait. Finally on 1/31 ish they had a ping - arriving in Cleveland from Kentucky and then that day departing Cleveland for Tucson at 1230. The exact message was continually updated (same mesg) for a week… grrr. Finally the other day I opened my mailbox and saw the white (tyvek?) envelope in the mailbox. Went to pull it out and it kind of held on to the mailbox… I remember thinking ewwww there’s something sticky all over the envelope.
Apparently - although the bar magnets were in a little plastic box (like a small compact) there really was no padding from the magnetic force. I could just imagine where my envelope was the past few weeks… stuck to the side of a conveyor belt watching other pkgs go by…sticking to the wall /ceiling of a mail truck as short lived friends come and go until eventually being noticed and moved until another metal object was within reach… lol

Neat idea. I am sure they could be used in construction. I hope there patent pending.

Fatal attraction.
I made 100 save-the-date notices with magnets pressed in the back. I recommended to my daughter they should be mailed in a padded envelope, but since those are shipped as a parcel, the expense was significantly higher. She decided to mail them in ordinary envelopes. About a fifth of the list have not received theirs yet…

I had ordered 10 of the large disc magnets, and when I receive them the package was stuck to my insulated front door about waist-high. 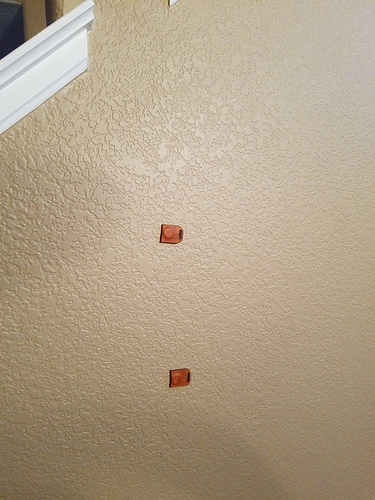 They’ll stick to the nails or screws that are in the wall, too! You’d need to know roughly where they are, but once you do, you can just slide them up and down the line of the stud and they’ll grab on. Nice!

Poor man’s stud finder…
A carpenter friend of mine uses a magnet on a string, holding it against the wall and moving side to side it will find a nail/screw quicker than sliding it around by hand.

In determining the spread between studs, you know an outlet is nailed to a stud, so start there and travel 16 or 20/24 inches to either side and find the next one. Inevitably there won’t be one where you hoped to find one to hang something from.

Depending on how strong the magnetic attraction is, you might be able to pull the nail out of the wall over time!

Kidding of course. The nail wouldn’t pull out of solid wood and through drywall just from a magnet, right?

you know an outlet is nailed to a stud

Unless your house has at least two layers of plaster and lathe to provide a stable structure and was once owned by a skilled craftsman of questionable judgement who was likely a bit insane and monumentally cheap.

This was made with the piece of Proofgrade leather that came with the machine. I’ve done a lot of projects with other leather as well, though. A paper tape from SignWarehouse (I have something called PerfecTear) makes a great protective layer on leather and doesn’t damage the surface when you remove it.

What kind of magnets were used in the leather holders?

Craft Supplies, a company that sells stuff for woodturning, has some very powerful magnets for sale.

you might try them for magnets strong enough to “stick” to a nail or drywall screw.