Hi everyone! So after doing the Isolinear chip key, and the Mjolnir lock, I was struck with an idea. And I decided that a Legend as magical as King Arthur, his noble Knights of the Round Table, and the idyllic kingdom of Camelot needed an equally magical lock. 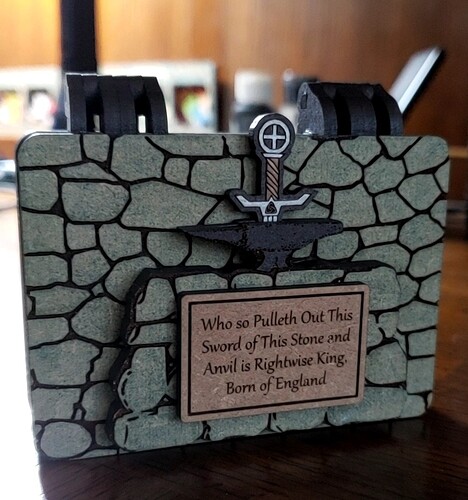 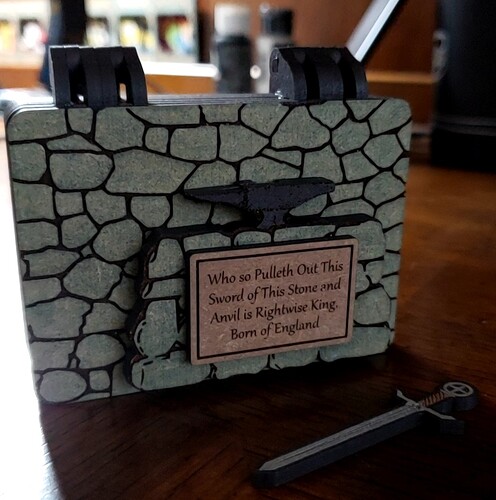 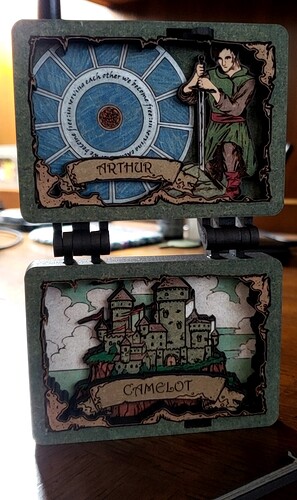 The box remains locked until Excalibur is pulled from its stone and anvil, which releases the stone, allowing it to be slid slightly to the side, disengaging the latch. Unfortunately, I was unable to find a decent image of Sean Connery as King Arthur in “First Knight” that would work for what I wanted, so I settled on designing the Round Table based on the blue marble one as a nod to one of my favorite movies of Arthurian lore. The inscription around the center of the table reads “In serving each other we become free.”

Your stuff just gets more and more cool! Love it!

What a clever idea! I agree, your designs just get better and better.

Clever idea and such great detail in the execution!

I just love this. As a child I devoured every Arthurian legend. Wish I was one of your best friends!

I love this so much!!! I’m thinking you don’t sleep!