This has been a work in progress for the last week or so, but I figured I’d toss it out there to get some input from you guys…(I can get too tied up in a design and fail to see the obvious sometimes.)

I wanted to design something to hold my Lithops…nothing you can buy really does these weird little things justice, and I thought something stepped would be different and kind of cool…

Suggestions, comments (aside from the obvious that this is going to be a horror to assemble and is going to take a ton of material), input and critiques are welcome.

It’s going to be glued, tabbed, lined, slotted, filled with soil and either stained or left natural with the burned edges showing. (probably going to just do that after all the assembly)

The lithops going in are shown at the bottom. By the time I actually assemble this, they’ll be bigger, and I’m starting some more from seed. (If I don’t kill them all with over-watering by then.)

(I love how the Glowie is going to give me the opportunity to come up with some unique solutions to problems around the house.)

Should work well as a mixed succulents planter as well - the reason for the varying depths - some have more root. 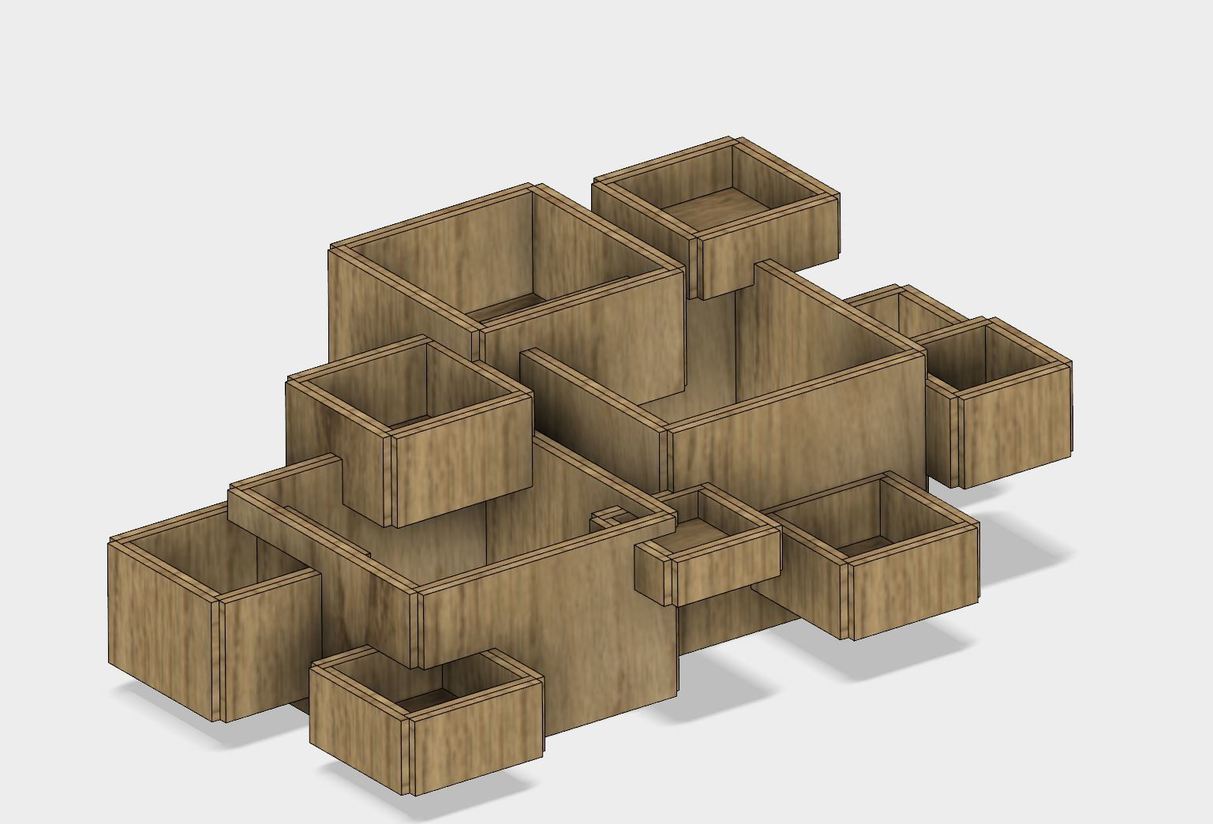 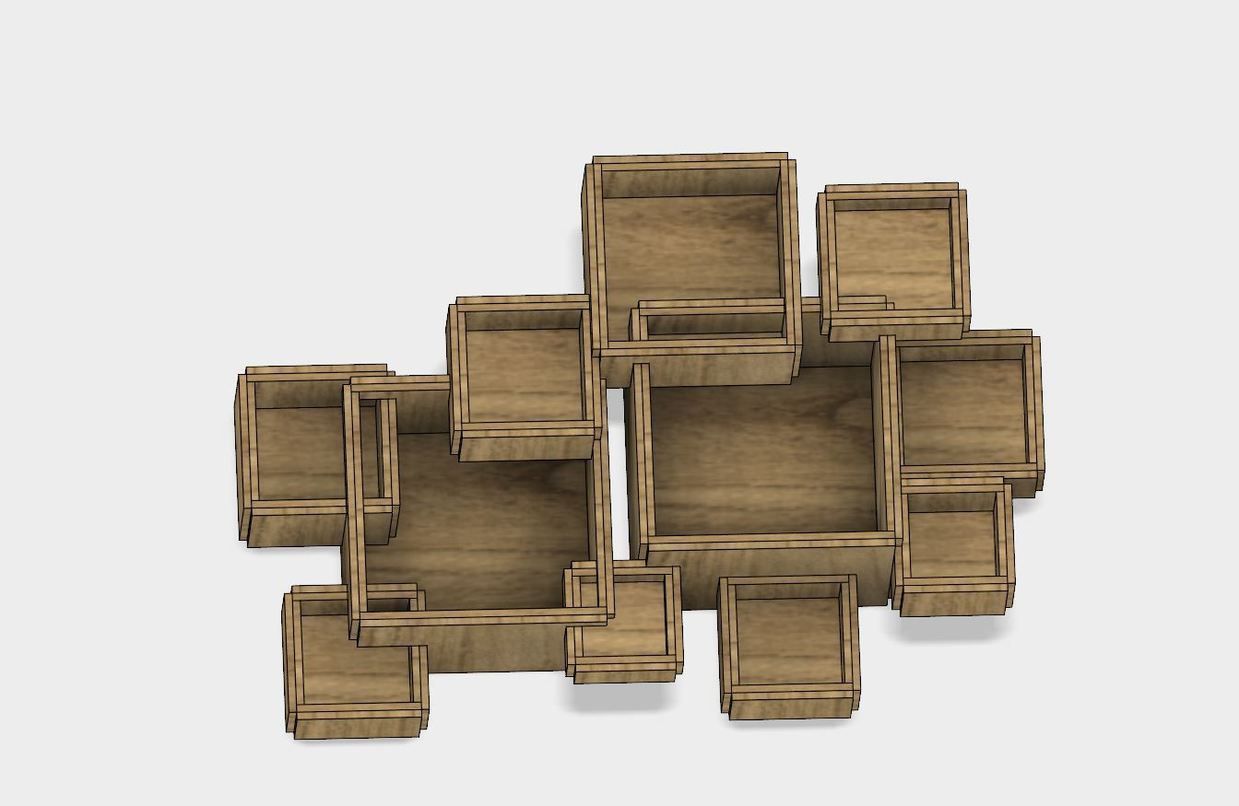 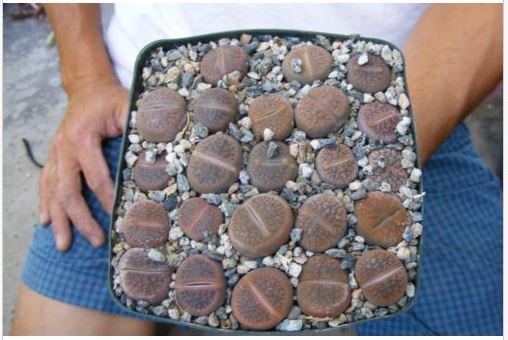 That is wicked cool! It looks like you’re making those out of double layers; it wouldn’t be much wood if you made it out of 1/8" ply?

It looks like you’re making those out of double layers; it wouldn’t be much wood if you made it out of 1/8" ply?

Thanks! Yeah, that is 1/8" ply - I figured the 1/4" would be too much. (Double layers are to hide the interior construction.)

I love it! Not knowing anything about this I have to ask what kind of watering will they need? I ask as well, wood, it is subject to rot.

So the obvious assembly nightmare you mentioned (IKEA is looking like a dream here!). :). I think it looks great. I had to look up lithops. I guess no need for drainage holes. Seems like it should be balanced well enough with big boxes (more fill) on the base. What are the overall dimensions of this? I guess putting it inside?

I really like this. I feel like it’s begging to have rounded corners on the outside of each box a la living hinges

Not knowing anything about this I have to ask what kind of watering will they need? I ask as well, wood, it is subject to rot.

They’re desert plants with low water requirements, and I plan to use a little plastic liner or something to catch the soil drainage at the bottom.

What are the overall dimensions of this? I guess putting it inside?

It’s about five inches or so deep, five or so high, and l’m not sure how long it wound up being. I’ll have to measure it. (It grew a bit during construction.). It should fit on the kitchen window ledge. The plants are a lot smaller than they look in that picture.

Not sure I can handle rounded corners yet…chuckle!

If each compartment needs a liner, 3D printing would allow custom fits.

Never heard of lithops, they are pretty weird. They look like aliens, or dinner rolls, or something. It’s nice that you take such tender care of them!

I like the planter–it’s going to be awesome! If you want a touch of color you could get some 1/8" wooden dowels, paint them, and glue them to the corner edges to cover the seams (making the project even more complicated, haha).

They look like aliens, or dinner rolls, or something. It’s nice that you take such tender care of them!

Chuckle! Never thought of dinner rolls, but you’re right, they do look like split-top rolls.

Strange little plant - they disguise themselves as rocks to keep from being eaten during times of drought. (Native to Africa.)

Nice! If you’re doing a liner of some kind you can probably cheat a little by not filling in the random extra bits of bottom, and just let the liner take care of that.

Unless you have (access to) a 3D printer that’s thoroughly dialed in I would recommend against printing a liner – truly watertight is not always easy to achieve. Had you thought about doing it in some kind of colored plastic instead of wood?

I do 3D printing, and yeah, you’re right about it being hard to hit totally waterproof with it.

These would be just a couple of solid bottom layers and a few extra thin-wall rims - should be enough to hold a few drops of overwatering - I don’t want to print a full liner - it would take forever.

I might also just seal the interior on the boxes with something like spray varnish or clear lacquer. (Might do the outside too, if it looks better that way…hmmmmmn. Mental note…add lacquer to the list of things to buy.)

This is a pic of some of the interior construction in colors for those who might be interested in doing it as a more colorful planter. 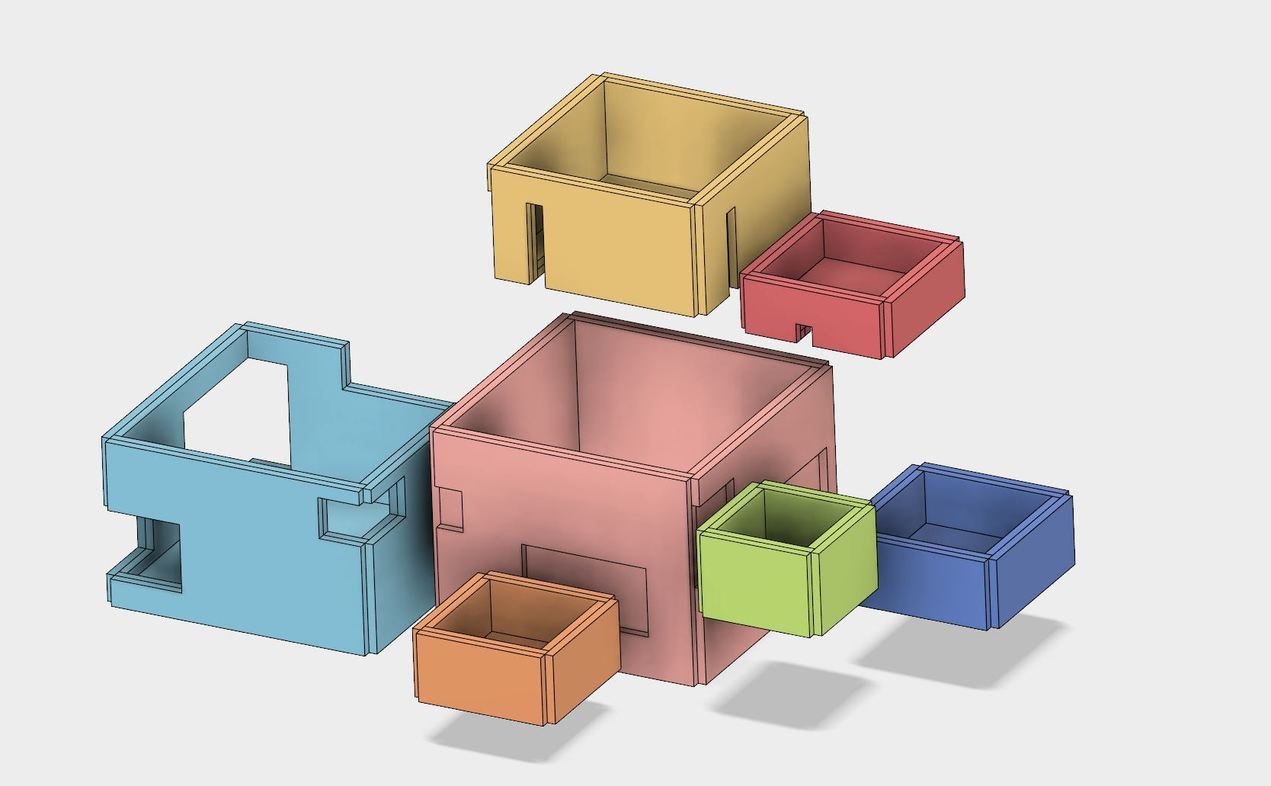 Couldn’t you also spray or paint the finished 3D print? That should take care of the water-proofing.

Not really, you’d be taking a huge chance that there would never be a pinhole opening in your paint. Epoxy would be better, but that’s also a pain.

Or calibrate your 3D printer so it can print water tight parts.

It’s not as simple as calibrating the printer. You need to basically print solid parts, which is really expensive, and you have to be careful which material you use.

I did come across this fun post that offers up the idea of using wax to waterproof a 3D printed object: Using Wax to Give Your 3D Prints a Smooth, Waterproof Finish

The more we get to know 3D printing, the more we realize that we don’t know all that much about it. In all fairness, that’s because new 3D printers--from basic home machines to super sophisticated industrial ones--are hitting the market every day.

Chuckle! I’m a fair hand at calibrating my M2s, I could get it waterproof enough…the thing I object to is the time involved. Takes a long time to print something 5 inches tall when little plastic trays are quick and readily available. If they’re under soil mix, it doesn’t matter what they look like.

I also have XTC-3D on hand,which can be used to seal the interior if I like. (It’s a bit of a hassle to mix. I’d just prefer to use spray for the ease of application.)

Understood. I’ve seen cans of crack-filling primer at the hardware store. I don’t know how well that works.

@Jules - I struggle with the time aspect of 3D prints as well, but it’s my only prototyping tool at the moment. When all you have is a hammer, everything looks like a nail.

If it’s abs you can give it an acetone bath to smooth everything out and close up any pores. It would also look good with that model