Living Hinges -- and traditional ones

I just completed a prototype of an idea I’ve been working on for a while. I originally attempted it in PLA with a 3d printer, but it was impractically large (and I’m pretty burnt out on the limitations of 3d printing now anyway) but the combination of a few laser techniques got me where I wanted to go. 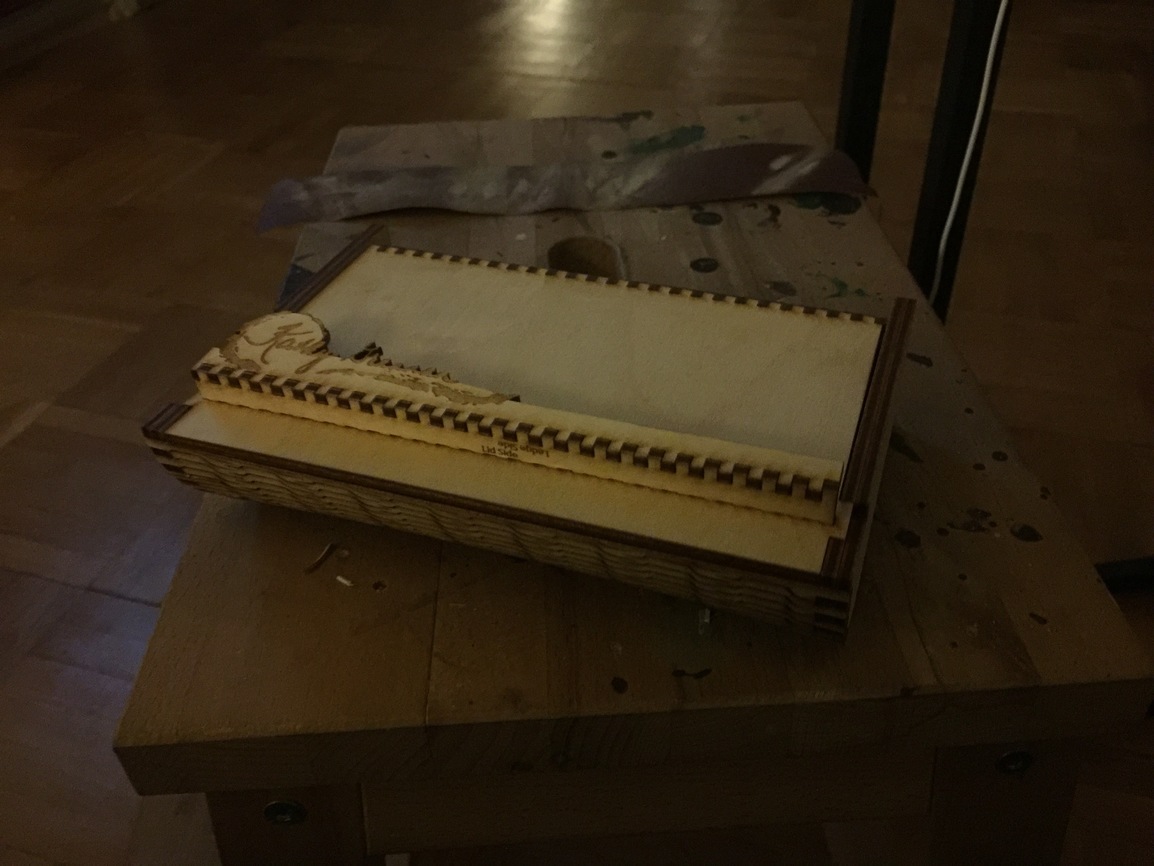 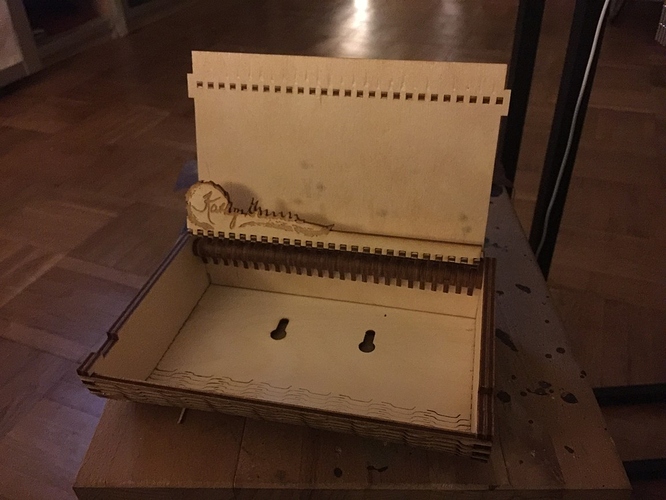 A living hinge (thank you, instructables) gave the front a curved opening, so cards can be easily slid out. The traditional hinge toward the rear also opens up the back. That way the display box can rest on the table, or hang from a wall – showcasing a sample postcard and allowing easy access to the rest either way.

Everything fits together without mechanical fasteners or adhesive – though as a result it is a bit of a pain to assemble. But worth it!

That’s lovely and cool! What a great idea.

Really nice, and an example where the char-grilled edges are a bonus.

It looks terrific! What material did you use?

It’s a simple 1/8" birch ply – my makerspace sells them at the workshop.

Thanks for the info! Once I get my laser (December?) I can see using 1/8” birch ply for several projects.