Looking for a use for this inkscape design?

Looking at this design and trying to decide if this should be done on a Piano or put in a Bathroom?

Look like scales. Do a fish or dragon shaped cutting board.

Rotate to vertical, engrave on tile, uses as a border or divide column on the bathroom wall.

Bookmarks. Cardsofwood.com. Under bookmarks there are some examples similar to this pattern.

I’d put them on a beach tote.

on a Piano or put in a Bathroom?

Mmmm. Saw what you did there. But then so did everyone else

Doing scales on a Piano is hard to fit in the Glowforge, But I am playing with a Casio Keyboard that really needs a nice stand instead of the nightstand it is on. I do like the idea of engraved Bathroom Tiles As everyone should have bathroom scales.

(just got the scales reference in relation to a piano)

Jules, you need some coffee - NOW ! 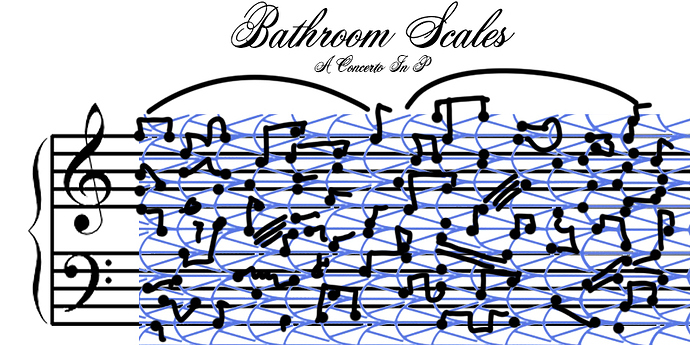 She hung up in my face and called the police