Soooo, picked up a couple of two tone acrylics from Inventables…

@dan: You guys really need to offer these in PG; so cool!

Anyway, even though the plastic protective sheet says to leave in place when “laser profiling”, I peeled it away and did a test on the black on white, and it came out pretty nice (although with ridges, but the site states “Note: PPI’s over 400 when used in vector cutting are likely to cause of tacky edges”)…but with lots of residue that I had to clean up with lighter fluid and paper towel scrubbing: 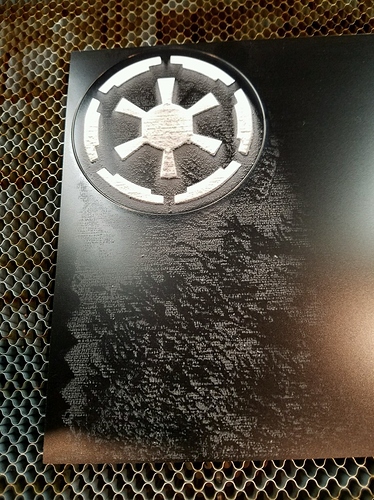 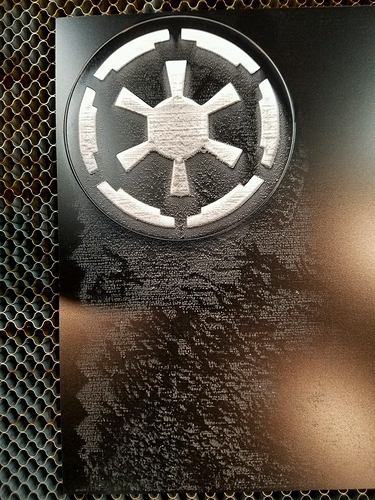 Once cleaned, they look pretty nice! Still some black on white, but I think more scrubbing with lighter fluid, and a toothbrush, would clean it even more: 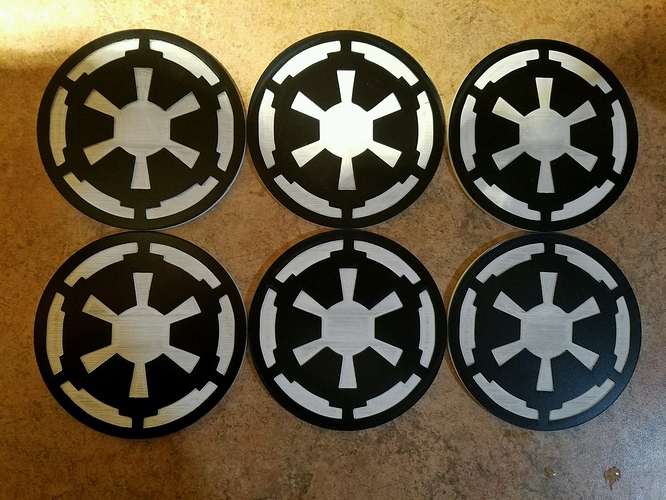 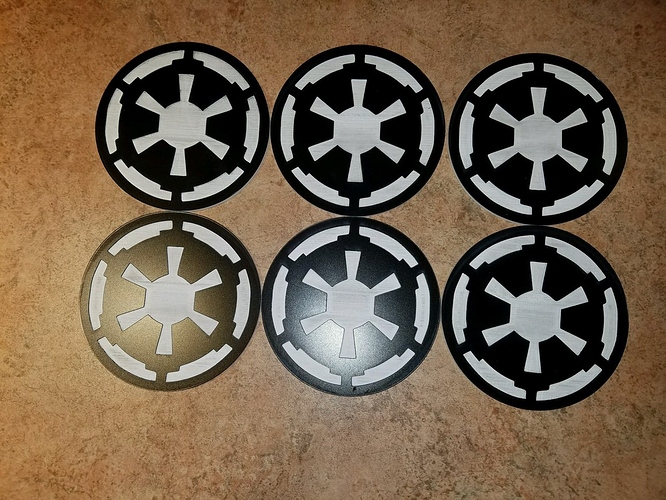 Diameter is a little under 3 inches, print time was 1.5 hours.

Sooo, I figured let me keep the plastic coating on for the next print, since taking it off left so much residue. Big mistake! 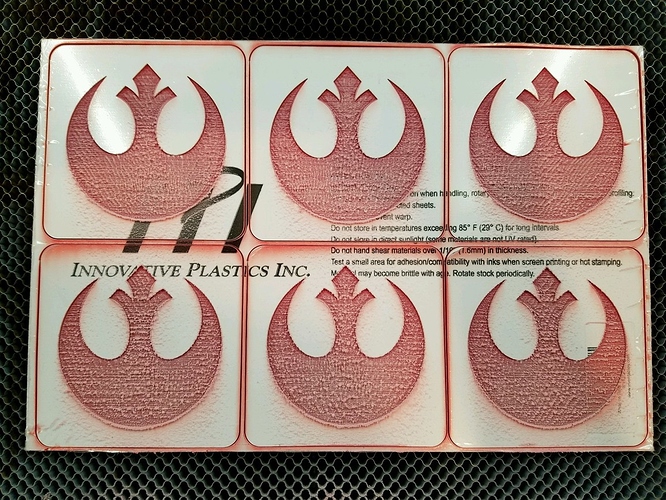 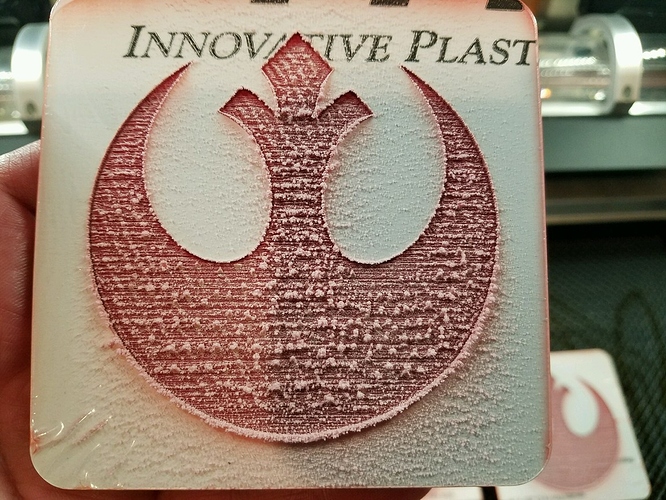 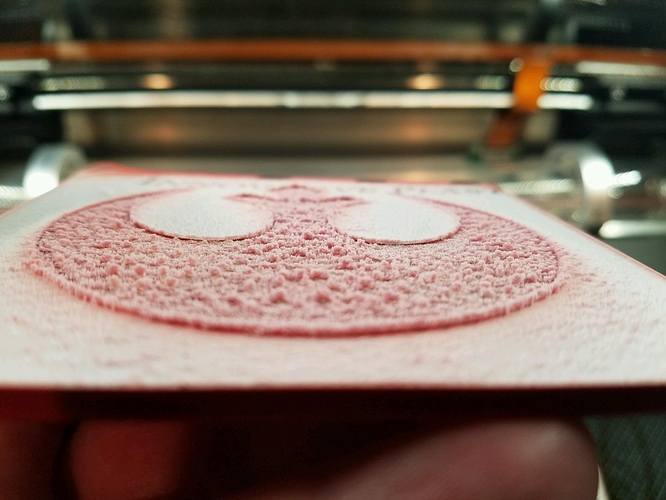 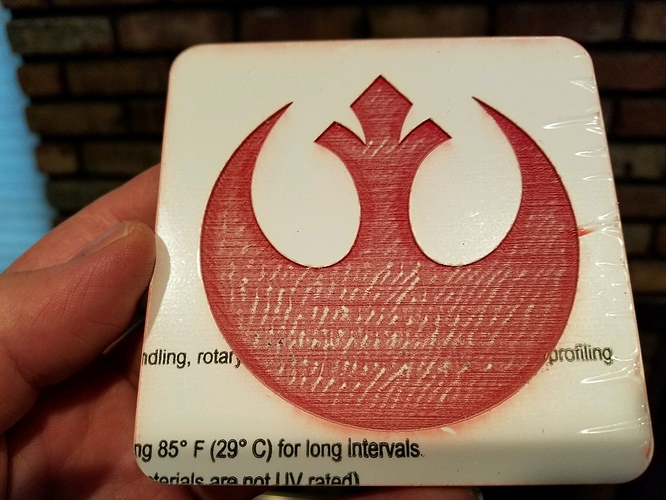 Red - Fail.jpg1154×865 207 KB
As you can see, there are a lot of white clumps that seem to have melted and re-solidified. They are solid, and tough; can’t even scrape away with a razor blade scraper. I’m guessing the clear plastic coating melted (instead of vaporized), and the white got captured up in it, and made the clumps.

From the materials page, it also says they recommend leaving on the plastic when making vector cuts. I guess not recommended with raster cuts.

I called the inventibles support line, and the rep was really nice but not sure if leaving the plastic on caused this, so she said I should send them an e-mail and include pics, and she’ll get it to people there who are more familiar.

Btw, as other have noticed, this leaves SO MUCH dust in the forge! 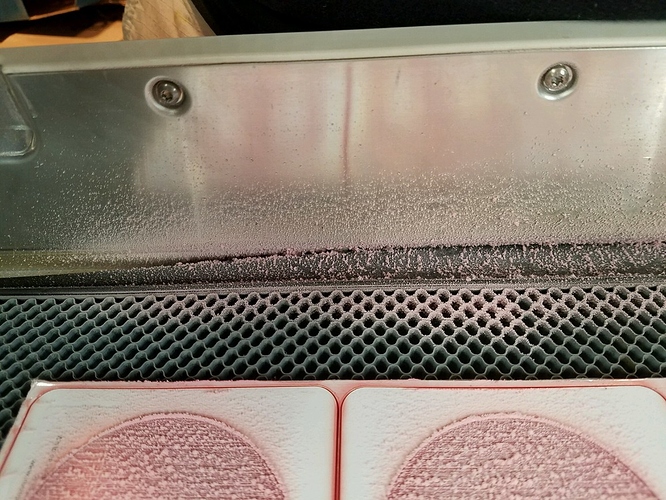 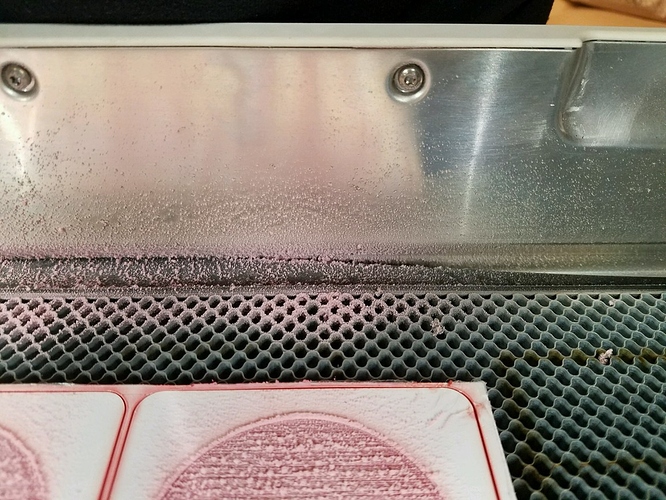 Width & height are both a little under 3 inches, print time was also 1.5 hours.

Oh, and I’m going to see how a 2nd pass on these does; maybe I can fix it without ordering another sheet…

Excellent project, and I can’t wait to hear back from you when Inventables contacts you back about this.

Cool designs! Are these coasters? What great gifts they would make!

Edit: duh. Just read the title of your post.

Yes; he specifically asked for these two designs from SW, and in these colors…they really are pretty nice!

I got the logos from the net, one was a nice .svg, had to convert another to .svg from .jpg, and then a few mins in inkscape to separate the groups so I could engrave vs. cut…

It’s ok; I wrote a lot, and lots of pics; I need to condense sometimes…

I’m curious how another pass over does at cleaning them up. From what I have read on this forum, it would seem like that might do it.

Interesting results. Please let us know what inventibles support comes up with.

I am simply amazed by how much “dust” there is! Is the laser heating something up from below that “explodes” the top layer off instead of vaporizing it?!

Thanks for this report ! I have several pieces of this from them as well as samples from the NBM show that are waiting on a laser

. Look forward to hearing what they tell you about those raster results…

Apologies in advance if this is a dumb question (laser noob here) - do you need to vacuum out the “dust” left by the acrylic?

Not dumb at all, and yeah; I think so…

Curious to see what they say. Curious how the look of this compares side-by-side to single color acrylic that’s been engraved and then painted in the engraving. Removing the extra step does seem nice.

The painted versions will probably look cleaner, unless I can fully scrub away the residue that is trapped in the engraved sections…

See how there’s some dark sections inside of the white engraved sections?

Could you use a tiny bit of a stronger solvent clean these up? i know that’s how I clean up 3D prints when things do go exactly as planned but I don’t know if it’s a good solution here or not

Yeah. I did notice that, though it’s not super prominent in the pictures. Definitely a consideration point when deciding between the two methods.

I used lighter fluid, paper towels, dishsoap, and a lot of elbow grease, and cleaned up about 95% of it

How about a fingernail brush? The little bristles should help with the teeny tiny crevices.

I would say doing another engrave pass should clean up those white spots, but now that youve pulled them out of the forge its a lot easier said than done.

Updated with some close up pics, so you can see the ridges, and the residue that is still left. I could probably get this off with more lighter fluid & a tooth brush… 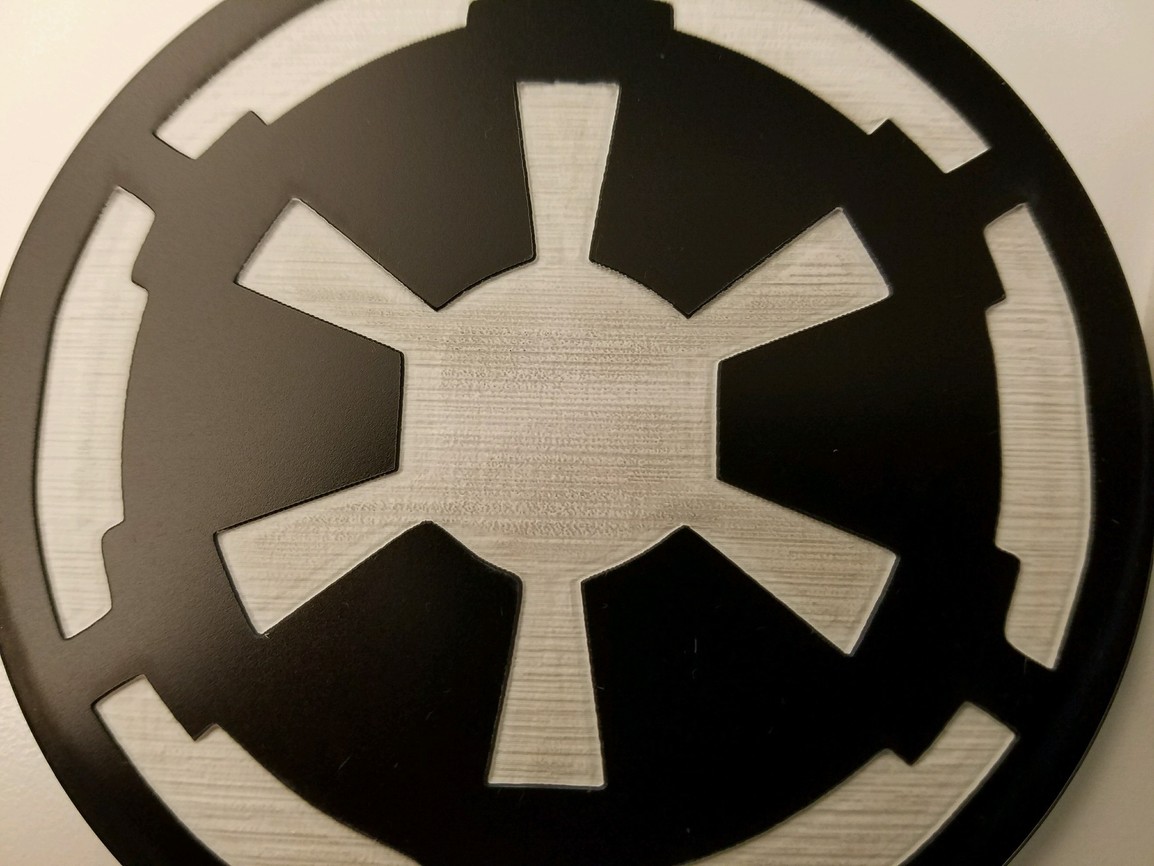 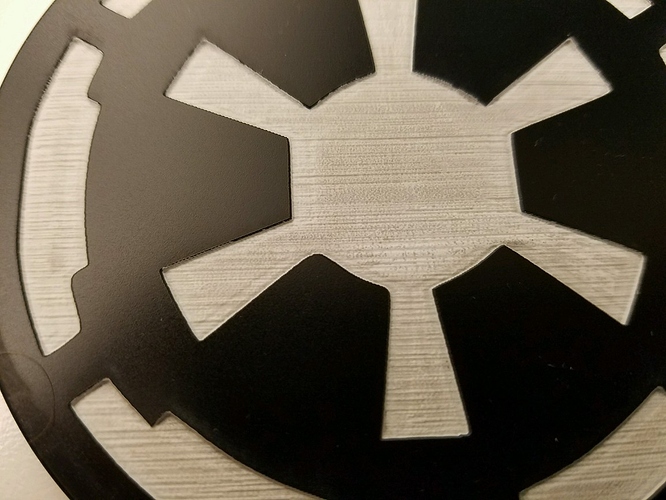 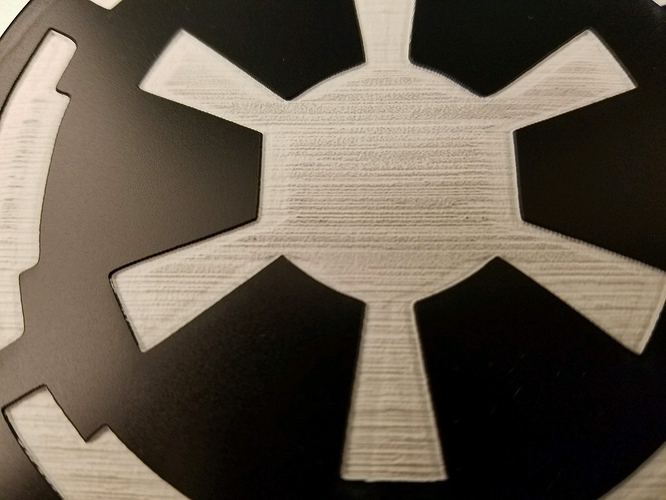