There are a few times a year that I’m fortunate enough to get to spend a weekend with friends who are scattered all over the country (and a little bit all over the world.) Where we manage to gather bounces around, but this year one of the gatherings we’ve most been looking forward to has been Seattle Pride. I didn’t expect to be living here when we started planning this last October, but since I am and since I get to make occasional use a Glowforge at the office, I really wanted to do a little something special for the people who were making a long trip out to our corner of the world. 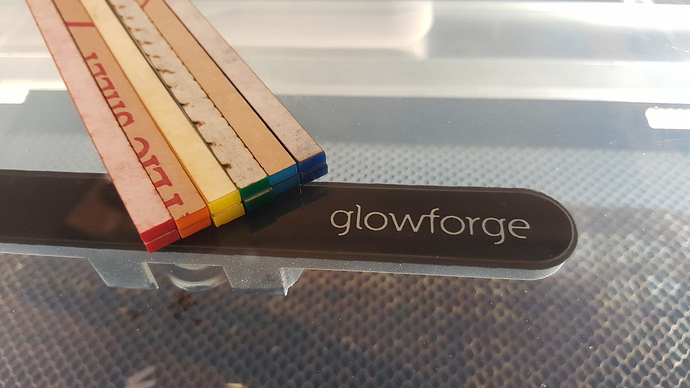 After that, some time spent with Weld-On 4 acrylic cement turned a bundle of strips into a few of these. 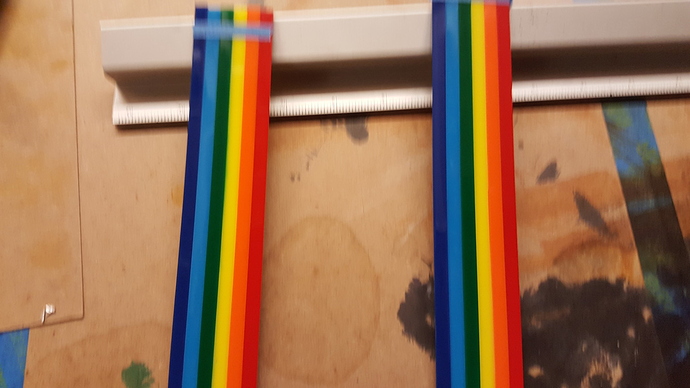 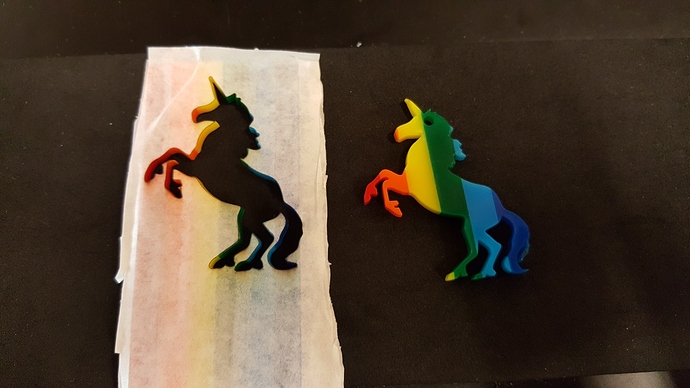 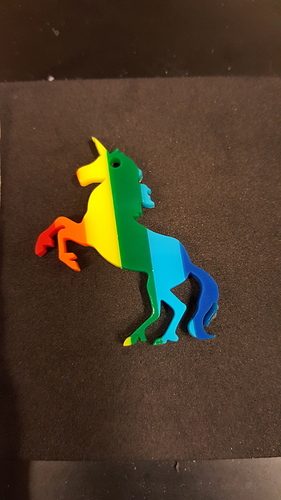 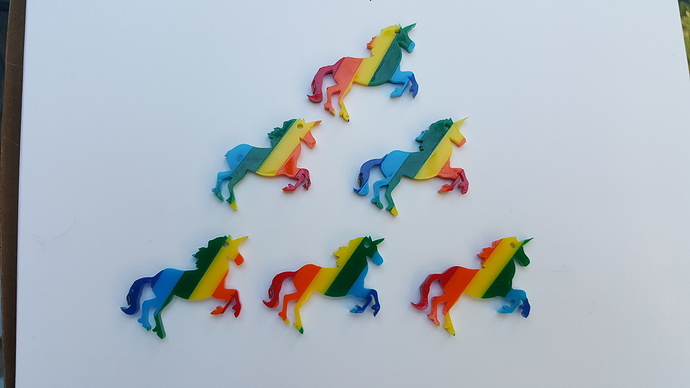 There are a few of these where the glue didn’t quite hold but I think that has more to do with issues gluing than anything else. Next time I’ll put together a jig and assemble things in stages instead of gluing all six strips at once but for a first run through, I’m pretty happy

That’s a pretty cool idea to glue pieces together before lasering!

I assume you cut the strips on the laser before welding them together? I wonder if the heated/fused edge had the impact on being able to weld them together.

I don’t know if it affected how the glue worked but I did need to flip every other strip over. The cut isn’t perfectly straight, there’s an ever so slight angle because the top edge takes a little more heat but once I flipped things over they lined up pretty close to perfectly.

Very nice work, thanks for the demo!

this is super cool. neat job; i dunno if i ever would have thought to make something quite like this.

i don’t think the chemical welding did much to impact the cuts, unlike a true adhesive would.

Very neat. Where did you get those acrylic strips? That’s not a form factor that I’ve seen yet and I can think of quite a few uses for them.

They’re wonderful, thank you for sharing!

My daughter was raised in Seattle, so our back to back parade weekends - Fremont Solstice Fair + Pride - are a long standing tradition for her. She has been living abroad for the last year and a half, and she inevitably gets very homesick right around this time of year (also in spring, when everyone is posting posting pics from Sakura-Con).

I’m going to share your project with her, I know that these little rainbows from home will brighten her day. Have a great weekend!

I don’t know if it affected how the glue worked but I did need to flip every other strip over. The cut isn’t perfectly straight, there’s an ever so slight angle because the top edge takes a little more heat but once I flipped things over they lined up pretty close to perfectly.

These are great. Hadn’t thought to make a composite material and then laser that. Isn’t part of the non-straight edge the conical spread of the kerf (@dan has mentioned this way back when) so presumably the edge is some small curve. The glue (really a chemical weld) probably does a reasonable job of putting them together, but good to know flipping it makes it way tighter. I thing a jig and clamps during glue up is the way to go. Now I wonder if you can make actual rainbows (as in concentric curves of decreasing radius which can be glued up) and then personalized. I have an idea for a cool pride gift for a friend.

Now I wonder if you can make actual rainbows (as in concentric curves of decreasing radius which can be glued up) and then personalized. I have an idea for a cool pride gift for a friend.

I dont see why not. Maybe adjust for the kerf width or maybe it’s not needed because it’s so small anyway. Or cut straight pieces and use a little heat to bend them around a form, this way you could glue/weld up the perfect flat faces together although you would need to sand the cut edges if you want them completely flat. Or curve by hand and glue the cut faces and not have finish sanding.

Very cute! Love the idea of creating rainbow acrylic strips to use in other designs.

Fantastic idea to weld all those colors together…and great herd of unicorns!

Brilliant idea. Awesome execution. Responsible use of the material.

But I don’t see this being contained. I fear for the spread of the overly cutesy use of rainbow acrylic to the bedrooms of children everywhere.

Holy frijoles these are fantastic. I would give you all of my likes if I could!

I cut those from larger pieces of acrylic (many of them scavenged from the scrap bin.)

I had to look that up!

These are amazing! Wow!