Magic: the Gathering command zones, had a lot of fun illustrating these!

My friend and I were looking to build some MtG-related things, and I noticed that most of the Command Zones you could buy were just kinda… boring wood ones. So with my Glowforge, a secondhand UV-printer, some 3mm acrylic, and us brainstorming a bunch of Planeswalkers I should draw, I made some prototypes of each colour!

I actually drew much more Planeswalkers than just these ones, just in case I ever open custom orders people can pick their colour and three 'walkers. It’s two 3mm sheets on top of each other, so the dice has a little recess to rest in.

These are fantastic. You put your Glowforge and UV printer to good use.

The little guys on top are adorable! And the snake in the skull has some great texture on it

Thank you! Little snake friend will be your cheerleader.

This turned out amazing. I love the little guys!

Thank you! Truth be told, most of these were my first time drawing them (I’ve done a few MtG doodles before, mostly of the Gatewatch crew) and so many of them are legitimately fun to draw.

A personal fave of how it turned out (though he’s not printed in this batch) is the Spirit Dragon, Ugin. I’ll probably have him printed on one as I prep a bunch for upcoming comic-cons. 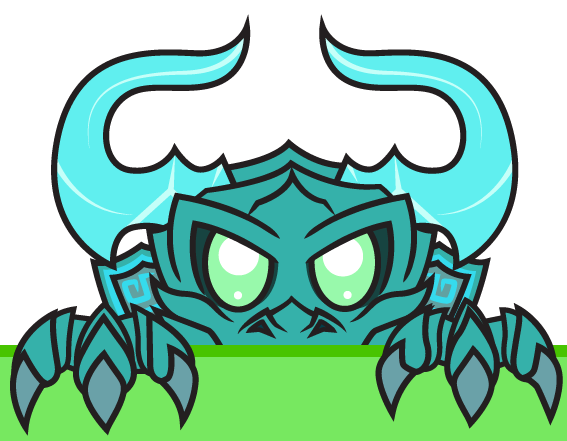 Well usually these things will break the bank… but the local print shop where I get my banners and business cards done had a UV printer, an old Mimaki one, and the idea of printing on acrylic and such had been in my mind for awhile. I just… didn’t know much about the order of the process, if I’d have them print it all and then pop the sheet in the Glowforge, or bring them the pre-cut items to print.

One day the employee I was talking to mentioned they were upgrading to a new UV printer, a Mimaki 3042 MkIIe. Gathering up my courage, I asked them if they were going to get rid of their old one and offered to buy it off them.

It’s pretty banged-up and I had to hire my own moving company to bring it to my place (which was about a grand), but the boss and I eventually settled on me buying it from them for a little over $4k.

With it and my Glowforge it’s been great. I’ve been trying out so many different things from earrings, boxes, pins… I’m limited only by my imagination! (and 3-D-print objects

Very cool, thanks for sharing. If you’re up for sharing a little more info, my curiosity is boundless.

What are the consumable costs like? Can you ballpark cost per square inch, or something like that?

What’s maintenance like? Can you leave the printer alone for a month, or will it dry up and die like an inkjet?

Anyway, congrats, that is a cool tool!

The consumable cost on their own are a little hefty, from what I read it’s about 2k CDN for the entire 6 set of bottles, but they last a LONG time. Like I’m still using the half-used bottles that they gave me with the printer and I’ve still got a lot to spare. They say the ink expires, but I’m using it past the date and haven’t had any problem.

And as long as you make sure to clean the print-heads after each night in use and make sure to take the white bottle and gently shake it every once in a while, I haven’t had many problems. Once went almost 40 days without printing because I was working on illustrating a big project, but after just putting the cleaning command at high to be safe, there was no problem.

Great info, thanks! Now to keep my eyes open… hehe.

I don’t know what they are, but I LOVE THEM! My son is big into MTG and would know right away - can’t wait to get home to show him. If you ever do produce, let me know and we’ll share at the local gaming spot! You have found a great, little niche - best of luck!!

Thank you! I’m probably gonna open up an Etsy listing soon to make customs… I just wish they allowed more than two variation options because it feels so… un-streamlined for me to write “Okay, write the three characters you want in the personalization box.”