Could anyone who understands IT enough to tell me if I can make my vinyl cutter bluetooth capable? I can’t find anyone who can explain this as I’m not IT smart.

I need to replace my 10 year old laptop and would love a tablet/laptop hybrid like a Microsoft Surface Pro. These don’t have a USB port. This is an issue for my vinyl cutter. The cutter is older technology that is connected by a USB cable. The computer treats the cutter like another printer. 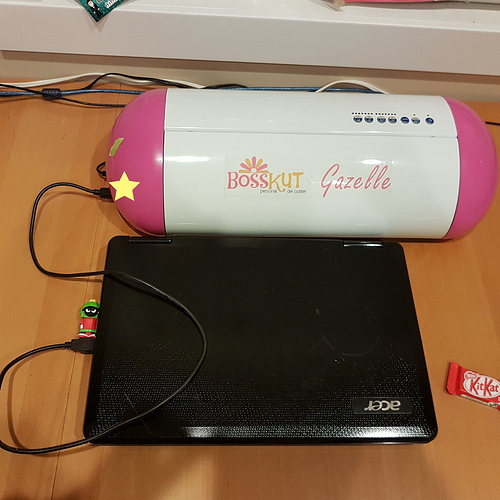 Question: if I get a USB Bluetooth Printer adaptor for the cutter (yellow star) would it work for the Surface Pro?

The cutter driver is set that it would only work if I use the same USB port. I can never switch to another port. I don’t why it’s that restrictive. My limited IT knowledge tells me that using a bluetooth adaptor may not work because of that. Logically it should work.

I just don’t want to spend over $1000 I’m a tablet hybrid if I can’t connect the cutter. I need to way the risk of getting the Pro and if it doesn’t work I need to spending $500 for a bluetooth enabled cutter. Or just buy a laptop so avoid buying a new cutter but forgo my want as I really really want the tablet hybrid.

Surface pro does have a USB 3.0 port. It also has a Surface Connect port. The SC port is where you charge it, but you can also connect the Surface Dock. The dock has 4 USB ports, Ethernet, audio out, and 2 Mini DisplayPorts for external monitors…and it charges while connected to the dock.

@johnse comment about the USB 3.0 port being correct, I can attest that I have had numerous USB 2.0 products that have failed to work properly on USB 3.0 ports.

I’m going to make an assumption here that the cutter appears to Windows as just a standard serial COMx port, which is why switching it to a different USB port sometimes causes it to get a different COM port number… and that the cutter application software doesn’t probe the COM ports to figure out which COM3/4/5 etc port it should be using.

@cindyhodesigns: The Surface Pro has a USB 3.0 port that will hopefully work. If your city has a Microsoft Store, you can always just lug your printer in and ask for a Store employee to test it for you. I think it’ll work, but there’s some peculiarities with your cutter that requires some compromises with setting it up.

Another vote for the Surface Dock. Huge help if you’re going to be connecting things regularly to your Surface devices.

As a surface pro and surface book user, I would say pick up a dock. Also go to a Microsoft store with all your stuff they will set it all up for ypu often with out charge or a very small one if any

Not Bluetooth, but there are WiFi options.

Thanks guys! It’s either the Surface or the Samsung book with Windows. We do have both stores here, I just didn’t tell Husband yet as he would come with me to help refine the decision.

I validated the cutter and drivers work on windows 10. Just didn’t realize a USB 3.0 port may not work. The cable is USB but the other end is a standard printer plug. I may need to bring it in to see if it would work before I buy 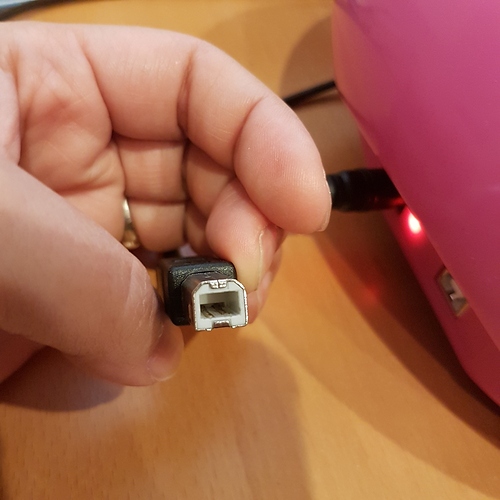 This is an option! Will look into it thank you!

Should work just fine with USB 3. Just connected mine up to the high speed port on the desktop…everything’s cool. 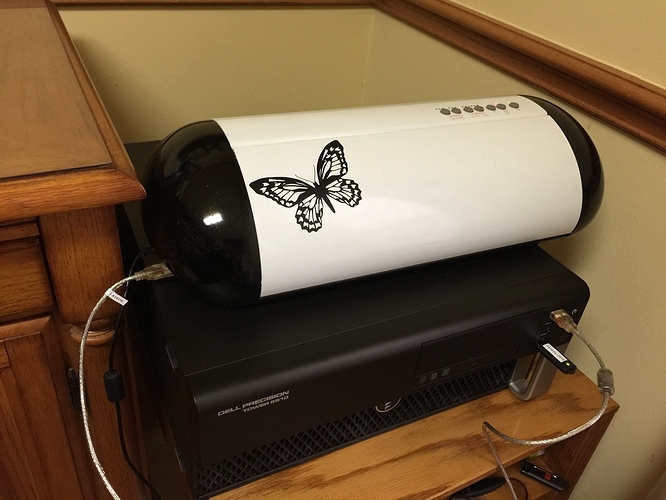 Omg - you have a Gazelle! I feel like we are related now (secretly i love the cutter more then I should)

This makes my decision so much easier.

Now you make me want to update the end caps too

There’s a black Friday special on the surface pro that expires soon.

Chuckle! We had a contest years ago on the Gazelle forum to “Pimp Your Gazelle”. I’ve never been one for pink…it was the one thing I argued strongly with Phyllis when we were beta testing the machines, but I lost. She loved that pepto bismol color. I thought it was too limiting. (Guys generally don’t want pink cutters on their desks, and it’s a fantastic machine - top end for the digital cutters IMO.)

Anyway, I painted it black and did some vinyl embellishments on mine when we had the contest.

If you are not wanting to switch to a new device that has a native USB port and want to use your setup as is, You can use a USB Anywhere style of device. i.e.

We use these for our VMWare ESX cluster for adding remote USB ports to developers that test in virtual environments.

But we have used the one listed above (SIIG) for RFID readers & PIM reader/writers. (Much cheaper and smaller footprint).

The way this works is it makes the USB port ‘appear’ as a network device and you use the drivers that come with the device to make it ‘appear’ as a local USB device. The advantage to this is every device on your network can use it. The disadvantage is only one remote device can access it at a time.

I’ve used USB1/2/3 devices with the SIIG with no issues. And in wired & wireless environments across IPSec (basically a VPN)

I’m surprised there isn’t a color choice. I think they’d sell more as it is an awesome cutter. It’s just a mold though, you can mold other colors

The cable is USB but the other end is a standard printer plug. I may need to bring it in to see if it would work before I buy

That end of the cable is the standard USB B plug. The rectangular end that plugs into your computer is the USB A plug. That size was great for printers and other large devices, but not so great for phones. Several years ago they came out with the Mini-B plug that was 3mm tall. Next, even that was too tall and the most common now is the Micro-B plug. 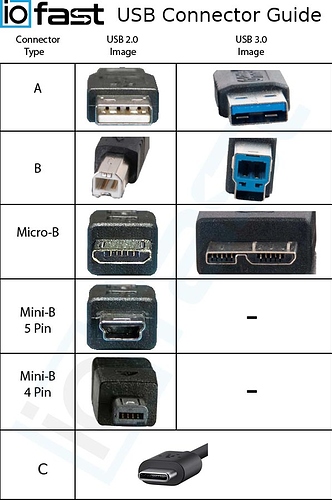 The latest iteration is the USB C connector. This is a connector that doesn’t make a distinction between computer and device. You can have a USB C jack on both a computer and a phone, in which case the cable will have the same connector on each end. Some computers, like the latest MacBooks, only have USB C and require adapters for anything else. The Surface Book 2 has both USB A 3.0 ports and a USB C port. (USB C is also considered version 3.1 and is Apple Thunderbolt compatible.)

Thanks for the chart, that helps my poor brain. I was researching the Samsung book as a lower cost alternative to the Surface Pro and they only have the USB C type on the unit and they don’t have a docking station. I’m still split on getting the Surface or laptop. Just need to see the price delta for giving up on a tablet hybrid versus a standard laptop

Or grinders, needle guns, etc. We had a problem with my division’s power tools “walking off” in the shipyards until we painted them pepto pink. Problem solved overnight.

I was researching the Samsung book as a lower cost alternative to the Surface Pro and they only have the USB C type on the unit and they don’t have a docking station.

They do have USB-C to USB 3.0 adapters and hubs like this that should work, depending what you want the hub to do. This particular one has a HDMI port, but for half the price you can get a version that only has USB 3.0 ports.