We have a little Ikea cart with a compartmentalized tray for a top. Nothing really fit into the compartments well, things rolled around like a hot mess.
Less than 10 min of cut time later and three separate custom stands to the rescue.

I expected these to be experiments. Being both lazy and impetuous I was instead pleasantly surprised that everything fit together very nicely on the first try in PG maple ply. Auto kerf compensation on PG seems to work great - zero kerf adjustments were made in the cut file. 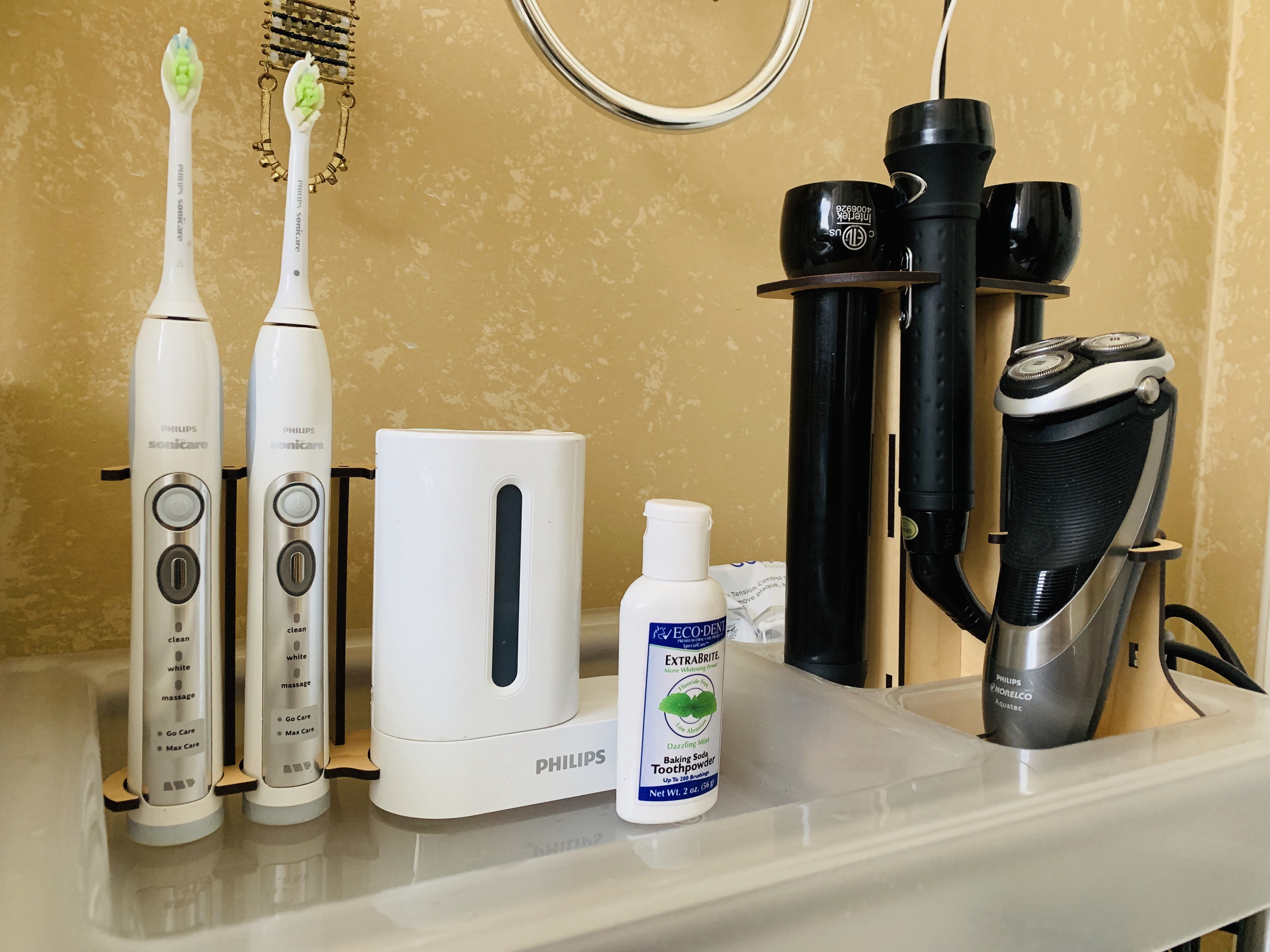 Auto kerf compensation on PG seems to work great - zero kerf adjustments were made in the cut file.

Yeah, here’s the thing, there are no “auto kerf adjustments” sometimes you just get lucky.

wood looks great, time has shown that it won’t hold up well in the bath or kitchen. If you like the concept after these go south you could do them in acrylic.

Thanks for the advice @markevans36301!

I considered acrylic but I only have clear right now and I hate waterspots. The curler and shaver never get wet so I think they’ll stay ok. Plus the curler barrels can get hot so wood seems safer than plastic on that one.

On kerf: they’ve seriously not implemented that yet? I mean I know passthrough alignment is still in the works but Dan mentions auto kerf being on the roadmap all the way back in 2016!

This is one of those design patterns that unlocks a million ideas. I’m off to look for compartments that need some stands!

On kerf: they’ve seriously not implemented that yet?

I think it has been on the roadmap since day one. It’s just going to be a tough nut to crack. We’ve seen stepping stones for passthrough alignment but nothing so far for auto kerf.

As to using wood, it looks like you keep a reasonably dry bath so you might have a good long run with these. I’ve got some costers that I’ve done nothing to, and they have lasted forever, but I’ve also known folk that have made kitchen accessories that have lasted but weeks.

One of the hottest topics in the beta and pre-release stage which continues to this day. There are many other features announced that needed attention. This topic is a good read through for them.

Glowforge Features promised / delivered Everything Else

It’s been a long time since I ordered and there have been a ton of features talked about with the Glowforge. Is there a list somewhere of what was promised and where the product is currently? I tend to lurk on the forum, and don’t see every post. My understanding is the following are not implemented (Please Correct If Inaccurate!): Tracking of two sided cuts/engraves Tracking of larger than single job projects (pro passthrough) Continuous autofocus up to .5" Use of the full workspace size Cam…

If you think it works, then it works. Honestly, there are a lot of projects where the kerf is so minimal, it doesn’t matter. I did some 1/4" walnut last night with some tabs and slots. Just through in 1/4" because the material was generally that thick. Four pieces lined up perfectly to fit into a fifth piece with nine slots to for the nine tabs. No glue needed.

But there are many cases where kerf is crucial. the Glowforge can cut with such precision that the kerf does matter on inlays and acrylic. For the time being it is a design step for the user rather than a laser operation in the GFUI.

I think of something like the “stamp” feature in an Epilog. I have done a bunch of reading and testing to figure out a way to get a nice 3D engrave that does shoulders on relief letters. Inkscape doesn’t have a “glow” function like Illustrator or Photoshop. I use Gimp so seldom that I haven’t spent the time trying to find a workflow for this. Tried gradient meshes and all sorts of things.

Eventually I went to Onshape and came up with this: 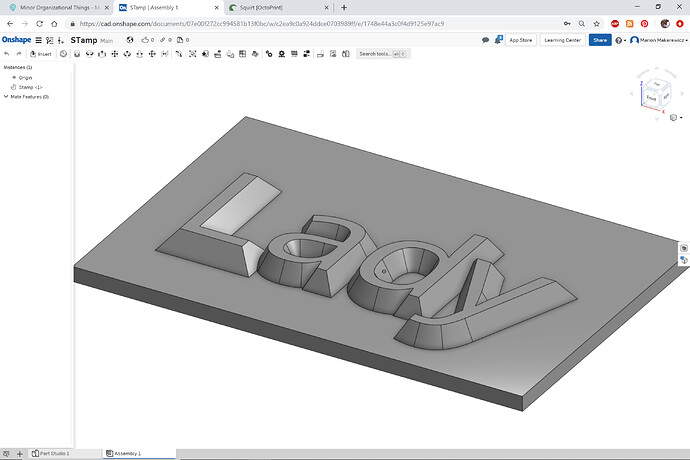 Then I went into Meshlab following @takitus’s excellent tutorial to get this: 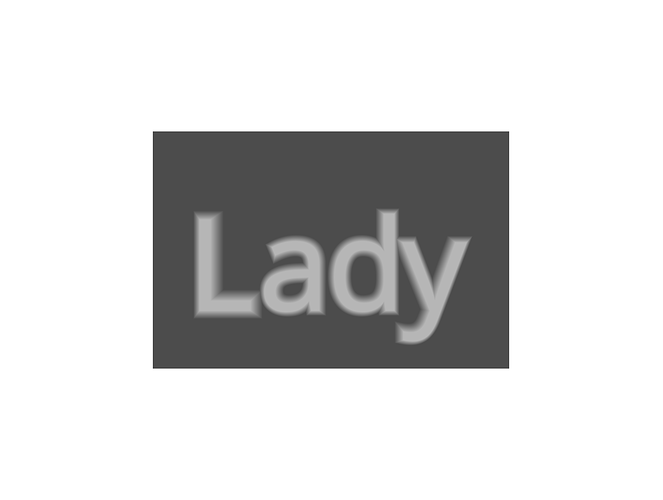 Went back to Onshape to raise the height of the letters. It actually did a fairly good 3D engrave, but still fairly rounded and no sharp bevels. Getting the shoulders engraved with depth over such a short distance for such small letters is a challenge. I’m still thinking about it.

Some of the OpenSCAD folks could come up with a good script for this I’m sure.

So having a functionality like “stamp mode” or “auto kerf compensation” would be cool. We’ll see what they come up with. I’d say they have something in mind, but getting the camera alignment straightened out with the new calibration routine and Set Focus are a great step toward fulfilling all the promised features. That pass through alignment seems to be the focus for right now.

A solution for a problem is what the GF was created for.