I’ve been engraving lots of cutting boards and other wooden gifts recently and everything has turned out pretty great!

Pics out of order, but a few showing tests on similar unstained wood, and then the final results on pre-stained oak. It was a bit nerve-wracking to put the finished pieces in there without having something exactly the same to do a test run on first!

Note: Baby wipes work amazingly well at getting the smoke-oil stuff off from around the cut, but it also removed some of the stain

… So be careful with them! 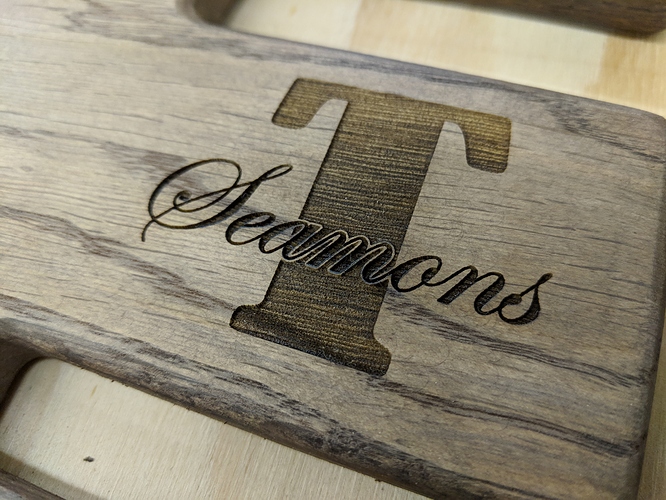 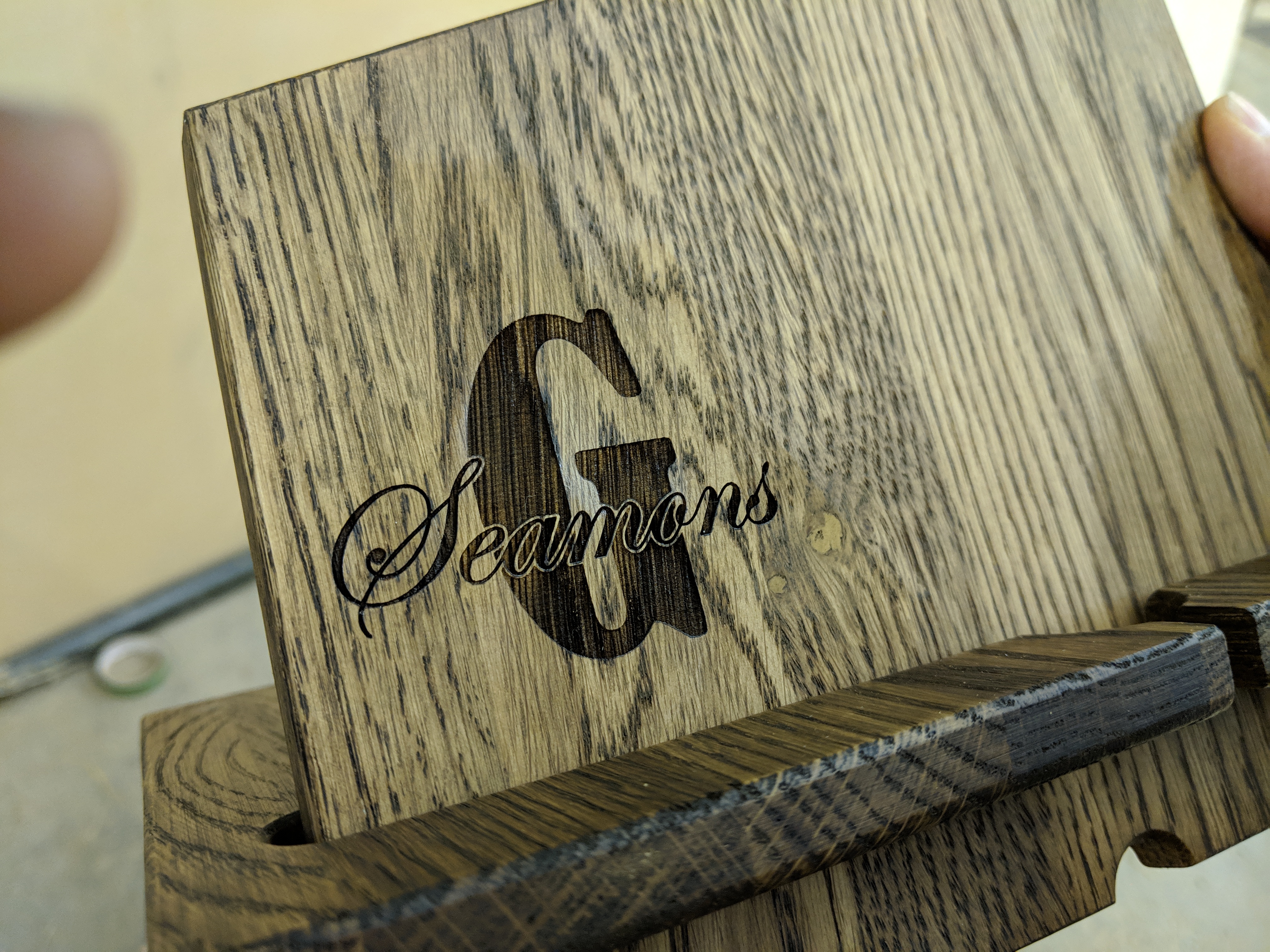 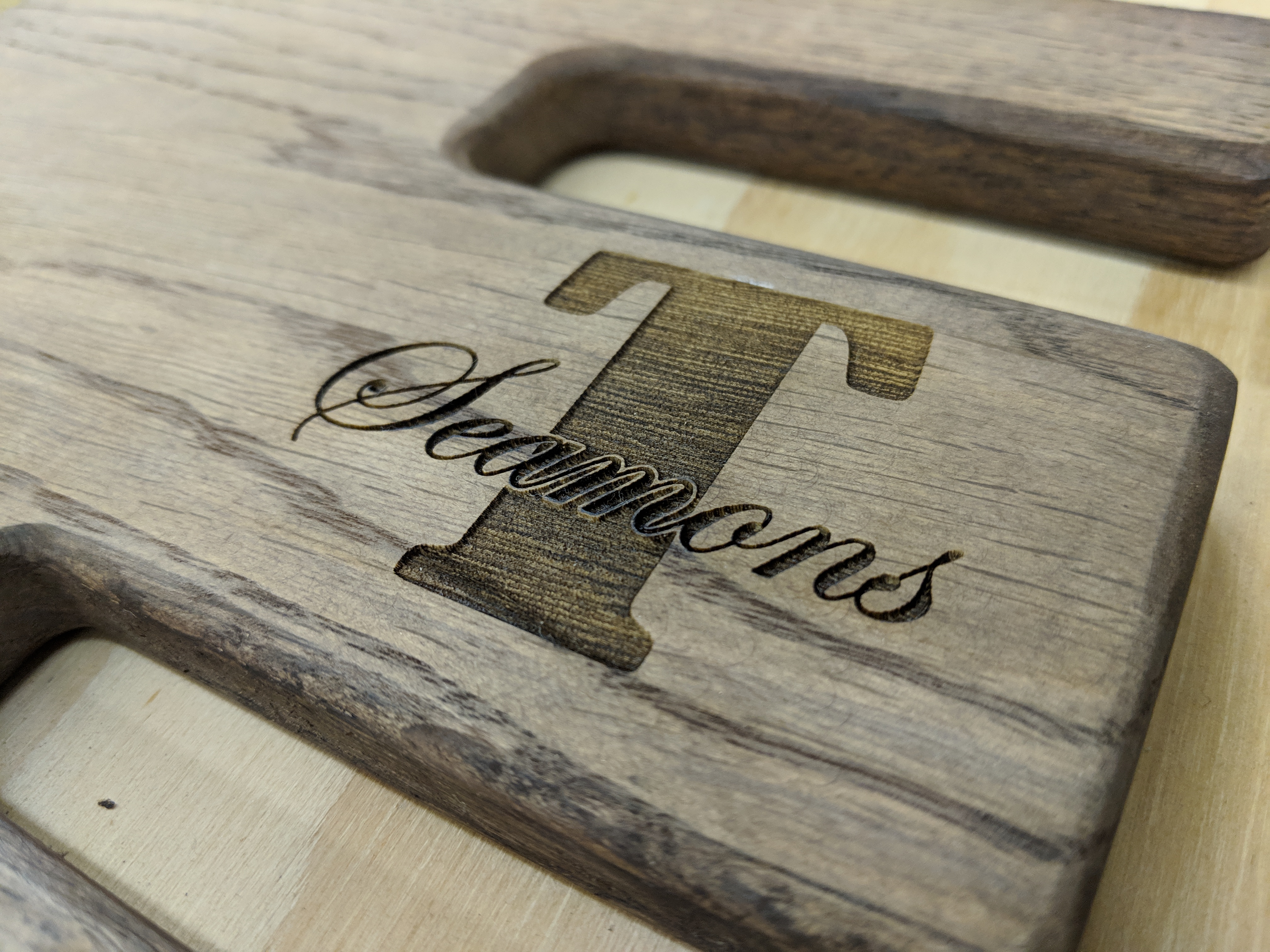 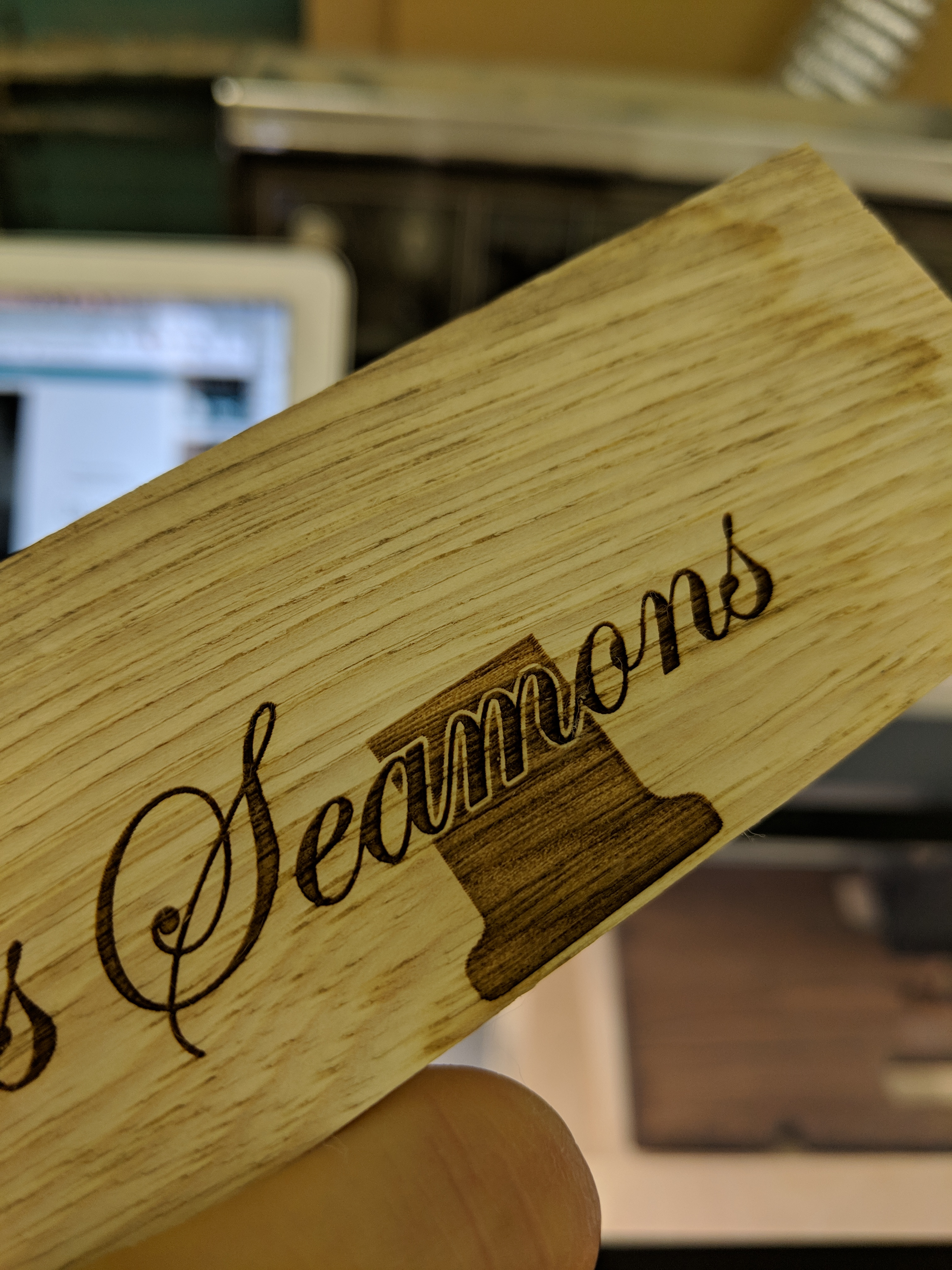 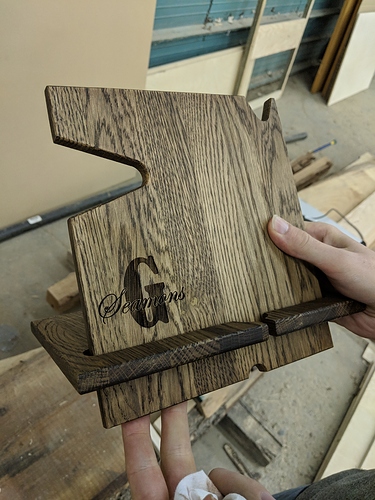 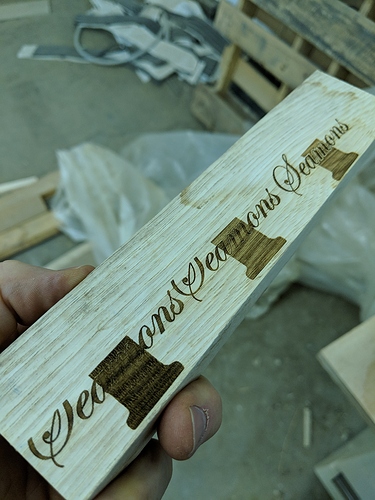 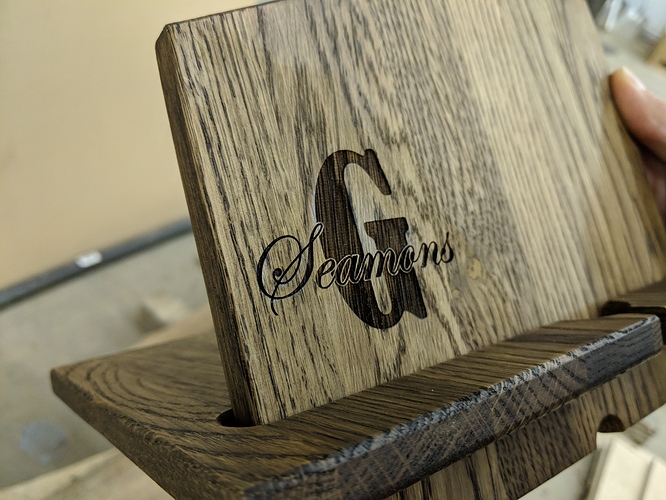 I really like the way you are outlining the script text to give it contrast against the engraving—very nice feature!

That is a pretty script font. Beautiful project.

I love using wipies… but if you catch the engraving… fuzzies all over the place… ugh.

Thanks! I really need to brush up on my illustrator skills (or get and learn the affinity version as my Adobe suite is getting a bit old and I don’t want to pay a subscription!), But since my background is in photography this was made completely in Photoshop using layer effects (white drop Shadow and black outline to bold the script a bit), then opened in illustrator and traced to convert it back to a vector so I could put in separate colors for the two elements so I could independently adjust the settings to get the two tone effect.

Prep work and test cuts definitely take the lions share of the time! But it usually is worth the effort.