I started putting together a board game that I heard of on Kickstarter called Techno Bowl. There was a lot of cutting of paper and wrapping the paper around 3/4" blocks. However, I didn’t have anything “good” to put all the pieces in for storage. So, I made up some paper boxes. They worked, but weren’t very solid.

So I came up with the below boxes. I plan on putting the football team logos on the outside of the wrapper box and the team name on the edge of the tray box. The first batch turned out pretty well, except the Sushi team. I had to go over that one a second time and the katanas still didn’t turn out (too white). 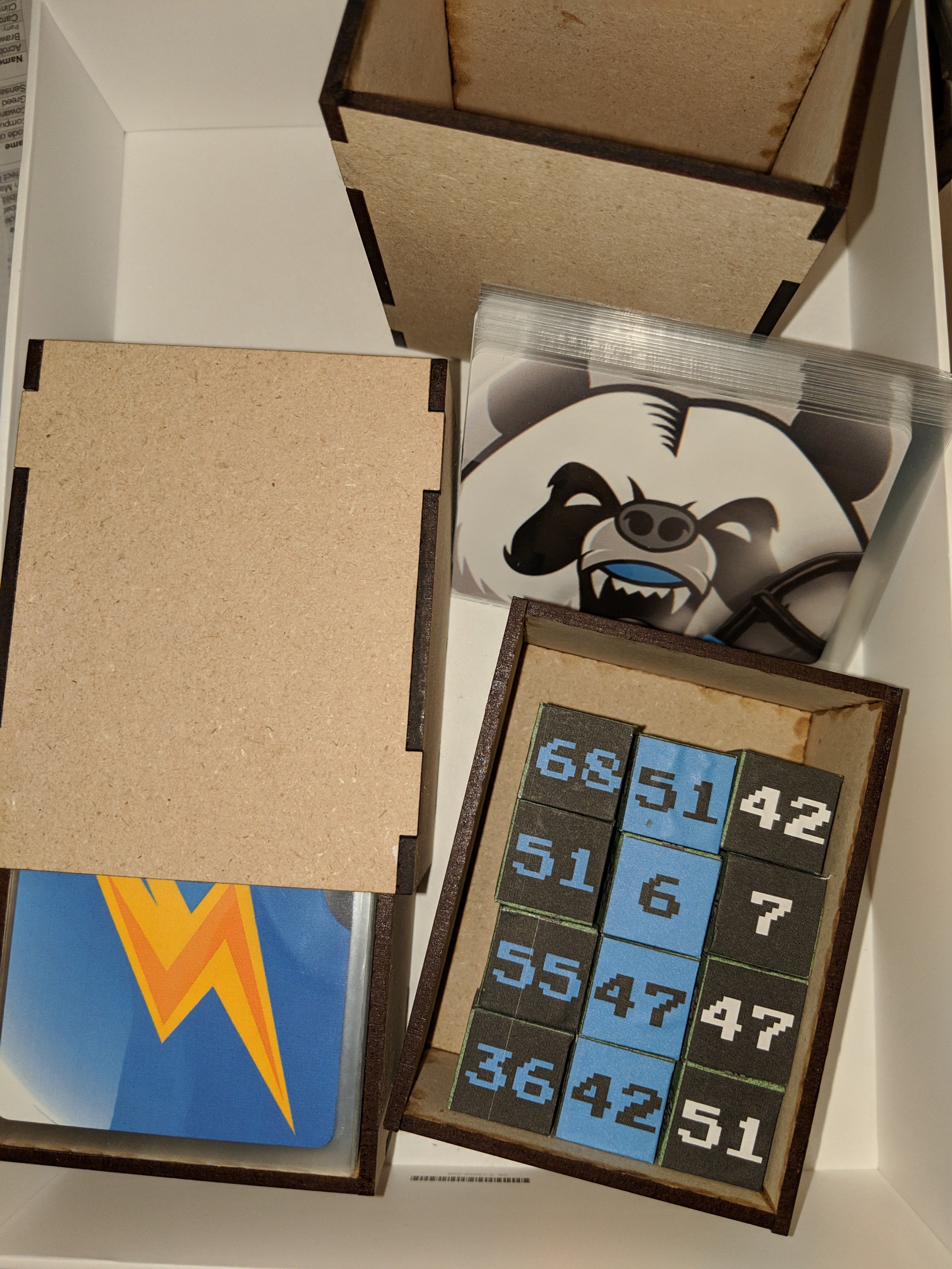 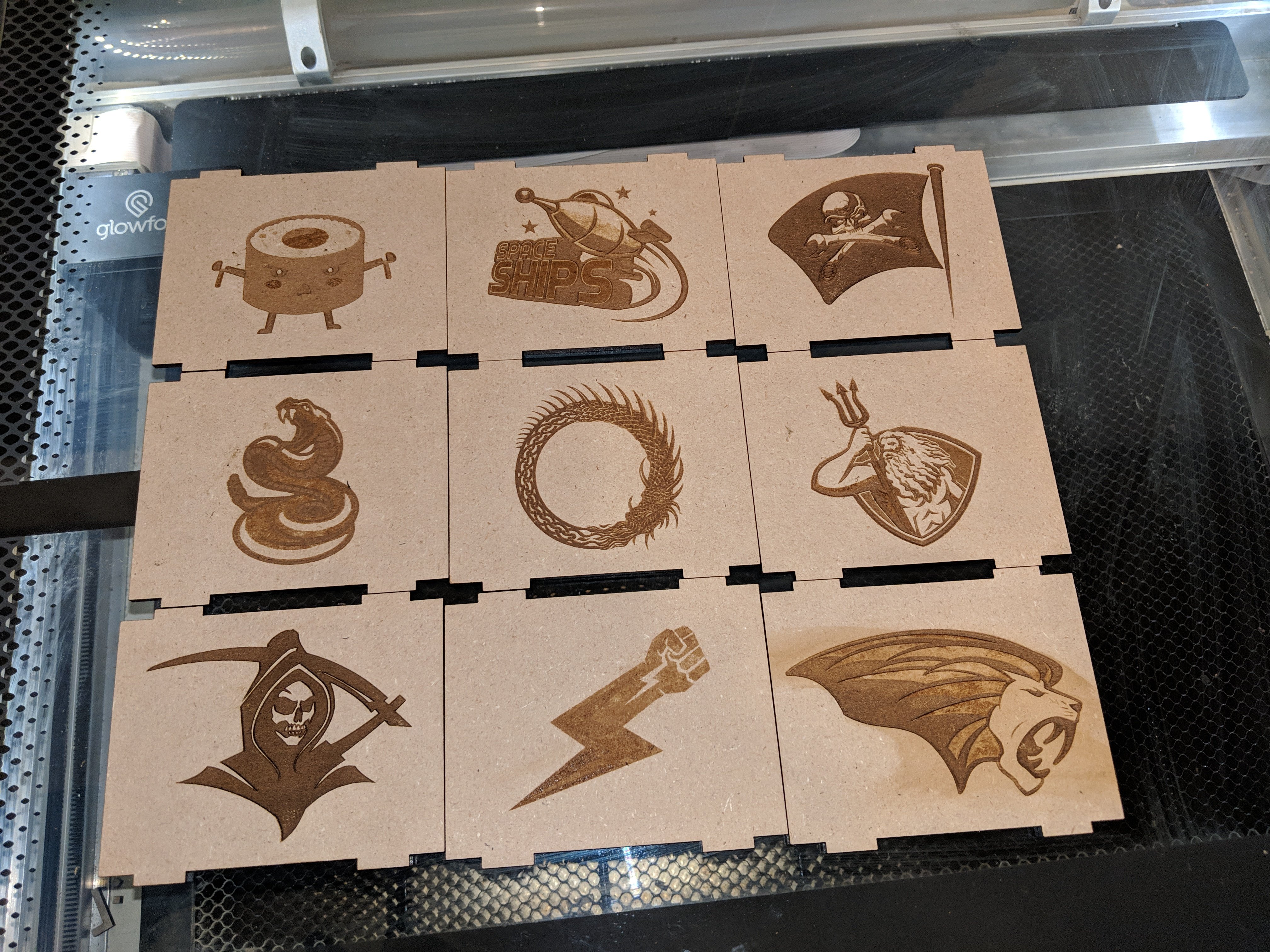 Storage is everything! Nice job!