First up is a graph paper Notebook cover. Seemed fitting to try out the Circular Array function, for a geometric design and Grid array for the spiral binding holes. Also wanted to practice sharpie on Draftboard with an acrylic clear coat over. And just scored the design, way faster than engraving. 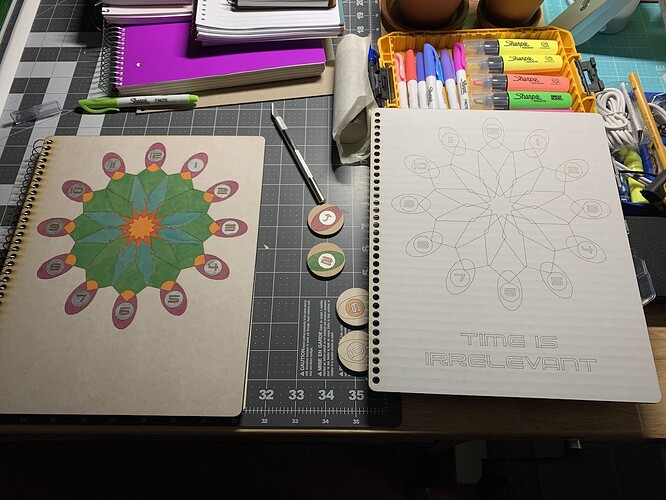 I do have and could use Illustrator, but I just suffer through learning that program, and Lightburn makes it a lot easier to learn. And I painted the lettering in Nail Polish, to see how it would work. turns out, amazing. 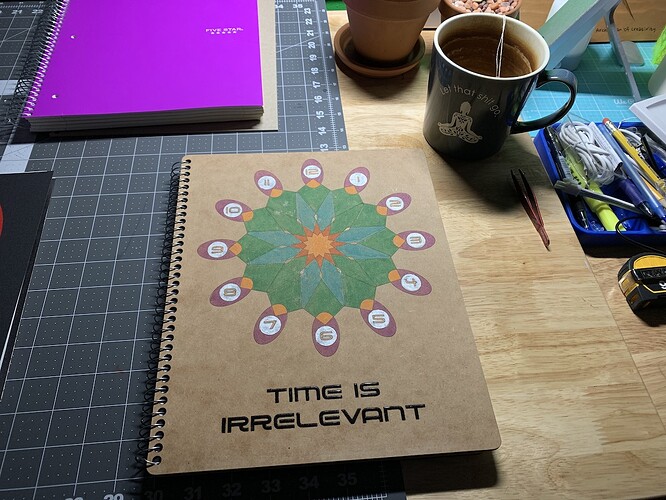 As it’s my one year anniversary with the GF, thought I’d throw my 1st year learned sayings on the front flap. And the double sided pocket that came with the notebook is awesome for all the little scrap notes and stuff before you really plot it out. 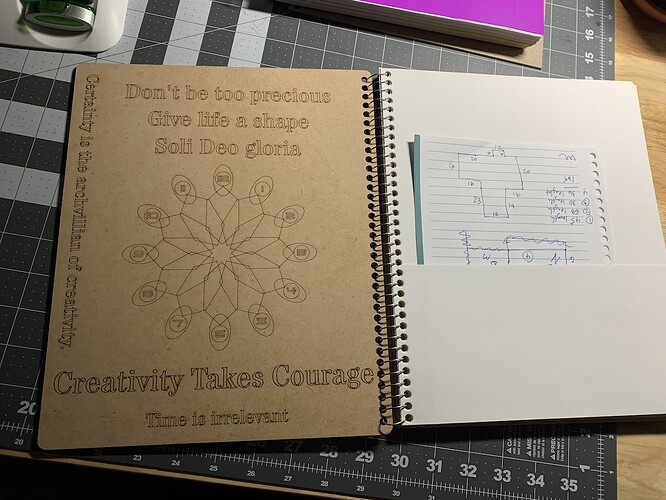 Next up, wanted to do a multi-layer card stock design, so might as well do a cover for a Sketchbook. Features I used on this one - the Trace function and changing the colors of separate items based on their layer. Incidentally, I’ve been wanting to get a cricut or similar and I understand this is exactly what they do well. 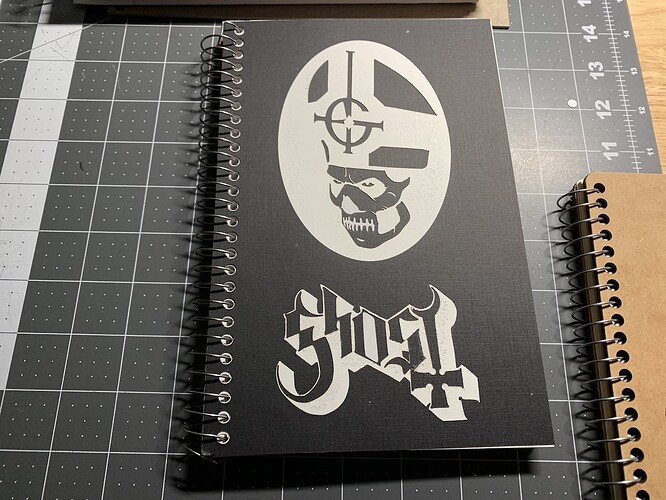 Can’t say I’m a big fan of the music, but my kid made a pin of the band name that turned out pretty cool. So I figured I could give the notebook to them. This a four layer due to the center of the ‘O’, the mouth, nose, cheek and chin creases. Oh, I also learned to use ‘edit nodes’ on the original graphic to give it more meat in some places. And the merge / exclude feature to cut a diamond out of the center of the cross on the hat. Botched the spray glue on it though and it’s a little sticky, so made a Red and Black version second. 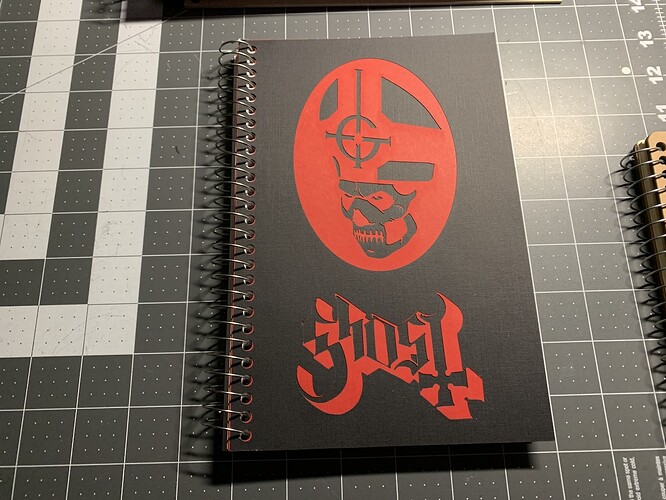 Didn’t get the alignment perfect, but good enough I think. Turns out, since it’s a sketch book there’s no top / bottom, front or back to the pages. So back cover solved as well. Now it’s a flip sketch book, for two in one. 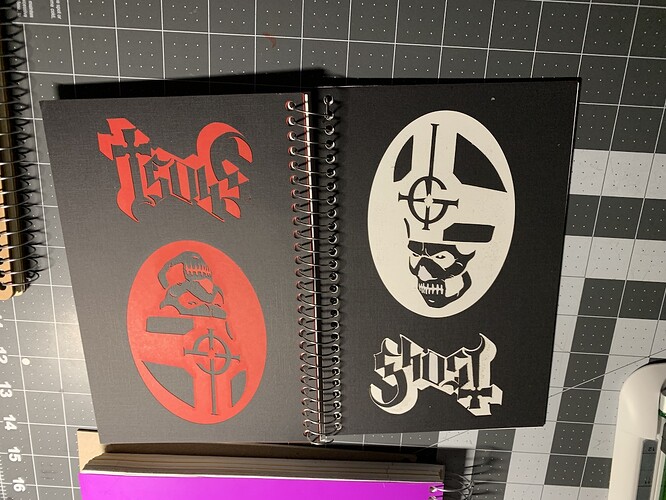 These turned out great!

How do you use LightBurn with a Glowforge? Does it export PDFs and SVGs?

How do you use LightBurn with a Glowforge? Does it export PDFs and SVGs?

I suppose it would do a PDF, but SVG’s are the purpose. I followed a YT tutorial, and here’s a sample circular array SVG and what it would look like if you just scored the lines. 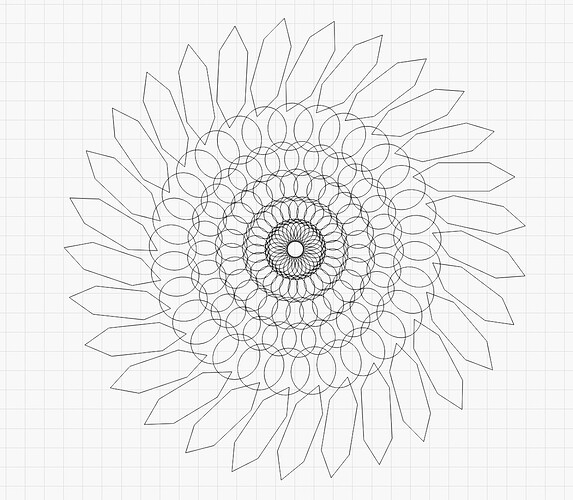 Thinking how the GF, and vector overlap works in general, is hard for me to envision, but light burn does show a preview of the pattern you made in regard to what it will look like if you ‘engrave’ the objects. Here’s the preview - 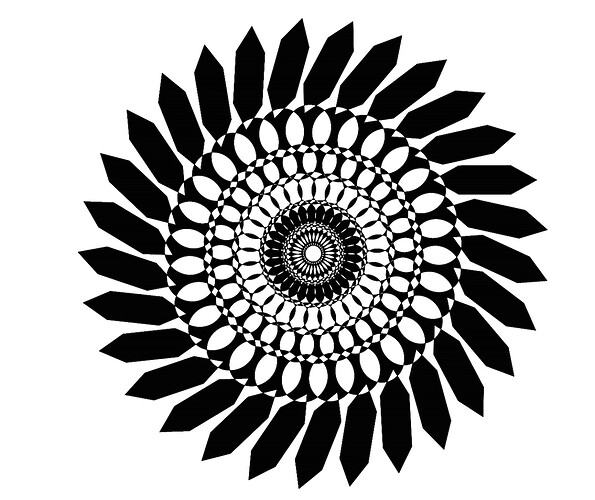 So pretty fun to play around with. 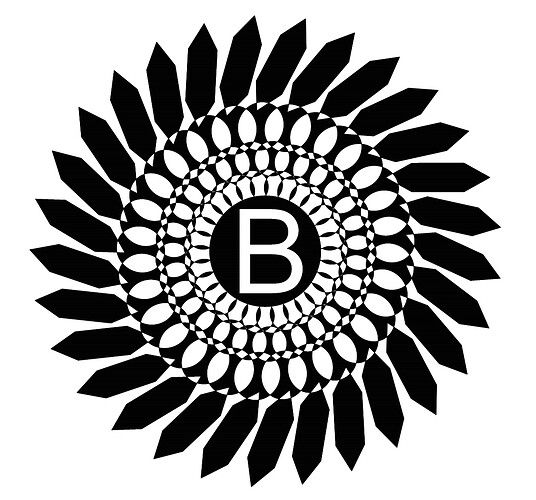 It has a simple trace function for regular jpg graphics so you can circular those as well. 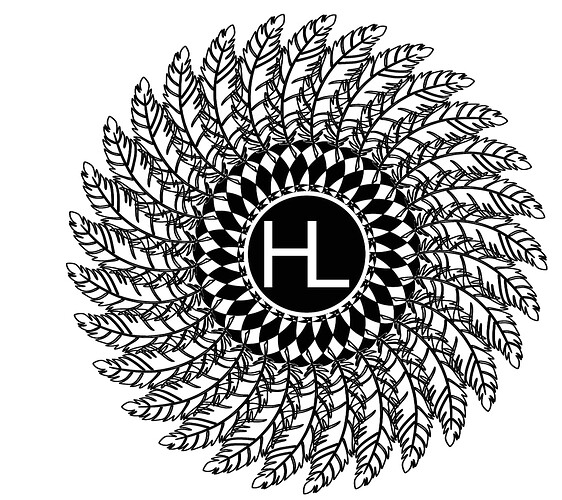 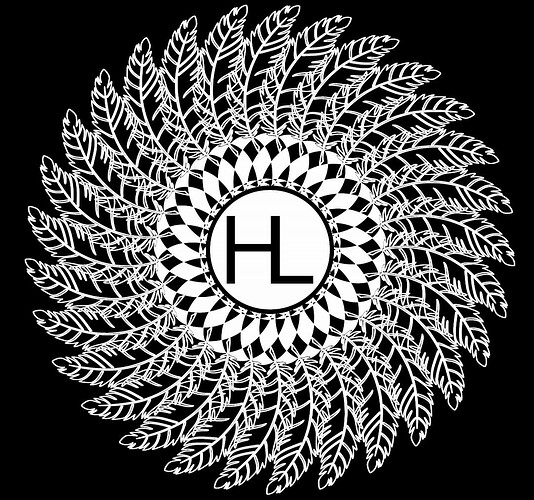 Most other ‘graphics’ programs have these same functions. I just like the price, and relative simplicity of LB, once you get familiar with how it works.