More Than 62,000 Pounds of Beef Are Being Recalled Due to E. Coli Concerns

So I thought given the upcoming holiday weekend I thought I would put this out:

Enjoy the holiday and be safe

Not sure what I would do with expensive meat in the fridge. If my assumptions on the amount of beef consumed by the average non-vegetarian U.S. consumer is anywhere near close, that comes out to about 1/10 of 1% chance that you would have eaten any of what has already been recalled. Not that any of the recalled beef was tainted since zero illnesses were reported.

Now where is that barbecue sauce?

As long as you are not serving bleeding meat, the e coli should have been cooked away.
But they are a business, so have to be on the side of caution.

I cringe a lot when I see what some people do preparing chicken. You try to explain that they just contaminated their entire kitchen and they stare at you (good way to not get another invite - which is maybe not a bad thing),

My wife just learned to accept that I have specific cutting boards. And she stays out my way during meal prep 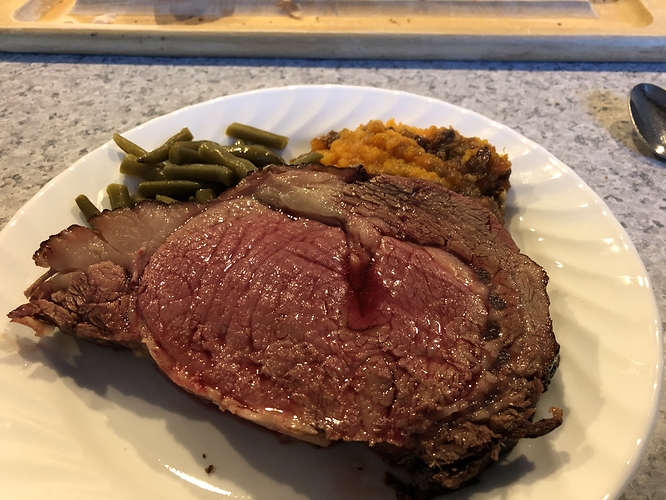 My host said he checked the Inspection tag and we were good.

My host said he checked the Inspection tag and we were good.

Better send it over here just to be on the safe side. I’ll dispose of it properly. 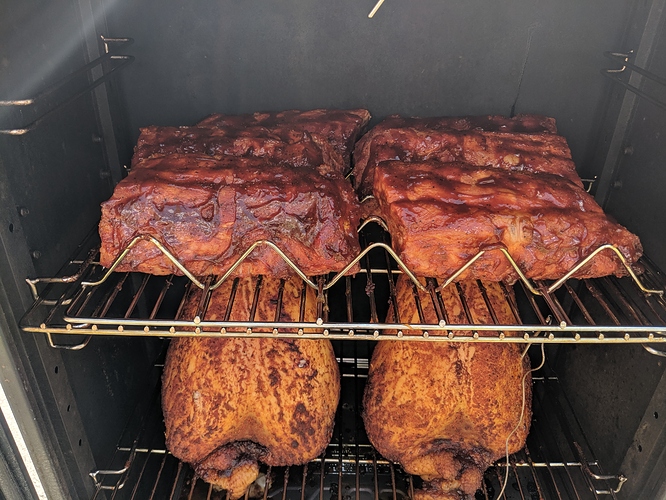 A serious rig, so much envy (and smoke)…

Carnivores everywhere it seems. (I did a much lighter homemade vegetable beef soup…it’s been simmering all day.)

Not standard MD fare, but hubs wanted to treat our peeps to a ball game this afternoon…and they all ate themselves sick on the suite offerings, so… tonight we eat light. Tomorrow we’ll fire up the grill. (Never seen the pork things but he would go for that big time.)

Last night’s dinner: a big ole rib eye slow smoked on the Traeger and finished with a reverse sear. 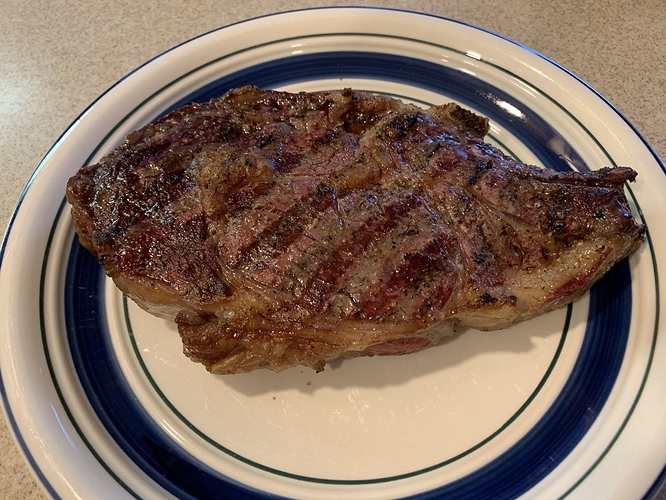 No idea if it was included in the recall since I just saw this.

slow smoked on the Traeger and finished with a reverse sear.

I do a lamb stuffed pork tenderloin with abacon lattice wrapper. The hardest part is figuring out the sauce to serve with. If fresh figs are in season I do that. If not it is a prune sauce or apple mushroom.

Take a pound of thick bacon & lay 5 or 6 strips in a row next to each other on a sheet of aluminum foil. Take the other half package (5 or 6 strips) and weave them like a lattice top pie crust. Sprinkle bbq spice rub on it.

Fry up 1 pound of regular cut bacon. Drain and crumble. Cover the sausage layer. Pour on about a half cup or so of BBQ sauce.

The tricky part is rolling it. Grab the edge of the foil and roll it up & away from you. This gets the roll started. Pull the foil back and keep rolling the weave and sausage. Keep it tight. When you get to the end press in the sides to seal it up. Sprinkle bbq rub in the roll.

Smoke it for 3 hrs or about an hour per inch in diameter. For the last hour baste it with bbq sauce so it creates a glaze.

Make a batch of biscuits (I cheat & use Pillsbury Grands). Slice the roll in half inch thicknesses. Split a biscuit & place a slice in between 2 halves of biscuit.

Okay. I’m going to show this to my 2 brothers and see if we can work on that for our guys get together weekend in June in northern Michigan. Its us and the brothers in law and the sons 16 or older (we have age set due to the fact that most of us bring our various firearms for shooting).