Does anyone know where to find digital files for a mounted bottle opener? I’m looking to make something like this. 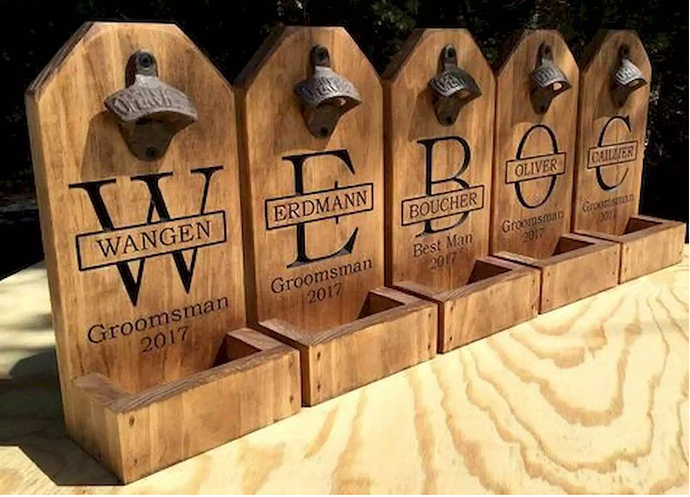 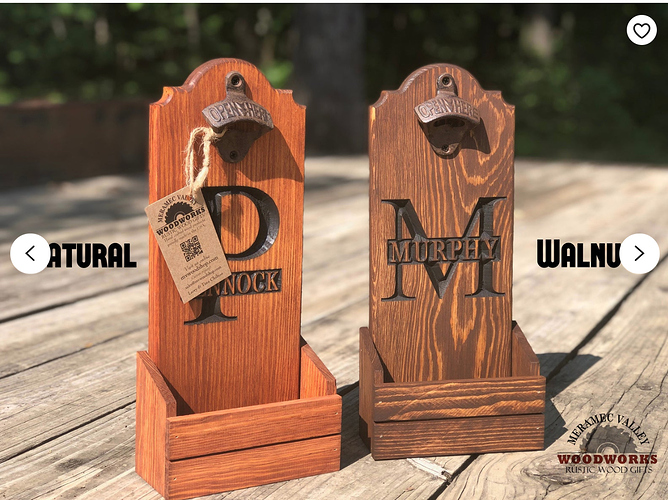 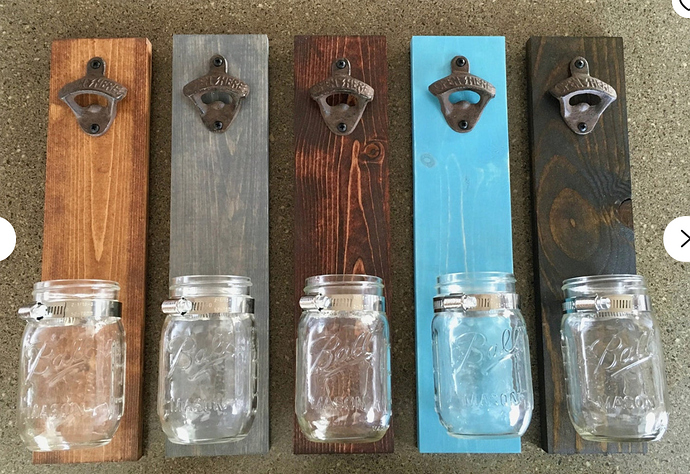 The bottom one is a simple rectangle, top and middle would be a shape just designed in your program with three rectangles nailed on.

I’ll bet you can design these yourself! It would be a great learning experience and you would have the satisfaction of having made them yourself, which is worth a lot. Are you currently using, or learning to use a design app? Give it a try…

Another variation of this item was posted recently on the forum: Bottle openers with company logo
I think you can design something similar that will be pleasing.

That’s a good project. I have been wanting to design something like this.

So here goes how I would go about it. 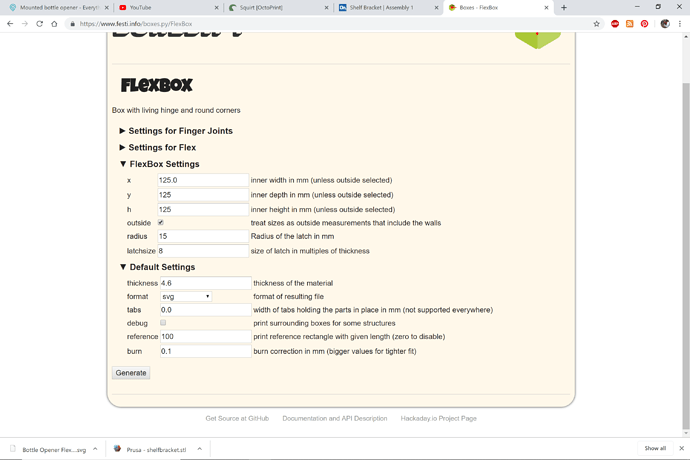 Go to the Flex box maker. I am using thick Proofgrade Cherry. 4.6 mm

Then use Inkscape or other vector design program to rework it to lengthen the flex part and sculpt one side to allow for the drop down. You probably can rework the front side of the box shorter with only one tab. That would even give you more room to lever the bottle.

I haven’t tested this design but something like this might work. One constraint is the length of the piece that wraps around. It doesn’t need to be all that long, but does need to fit into the bed. I did a cutout of what would be the the front mouth of the tray that would allow a little more angle of a bottle for the prying action without the tray interfering. That would be the key here.

Again, this isn’t tested, but it should function ok as is. You can test it out in cardboard if you follow this method: I made the living hinge cuts a separate color. You can do a light score on these flex lines to cut through just the top layer of cardboard and that allows you to put some flex it it easily. Don’t ever cut living hinges in cardboard. Extreme fire hazard. Make sure you orient the cardboard so the corrugations go perpendicular to the long edge so they don’t interfere with the bend.

Double check the two small hole locations so they match with the holes in hardware.

The lines are not connected as generated by the box maker, and I broke them apart to color the hinge strokes and didn’t recombine, so take care in the GFUI in case you don’t select the whole part.

Put in the graphic of what I might do.

One thing I discovered is that if the finger joints are just little too tight, you can use a bit more power or do two passes for the perimeter. That gives a wider kerf. I usually use .1 burn (which is what they call kerf allowance) for the fest box maker but it depends on materials

Yeah. What he said ^^^^^
I was going to suggest Boxes.py but @marmak3261went much farther yet,