Are you engraving thick acrylic? Did you try adjusting the speed/power?

Yes and I used the proofgrade for thick clear acrylic. Also tried adjusting the speed and power and that attempt had less depth. I’m looking at the pictures and trying to figure out how the jog was created with that depth in the engrave. I tried SD and HD engraves as well.

I haven’t used it but maybe it needs to be engraved twice? Are you using the recommended wire thickness to wrap- 20-21 gauge?

I have that design in my hopper. I’ll pull it up tonight and give it a go. If I come up with advice I’ll let you know!

Thanks so much. I have 3 failed attempts even with the thinnest wire which won’t make the ear wires. I am using the thick clear acrylic. It needs to engrave deeper I guess in order to have something to wrap the wire around.

SO - similar issues, but I finally noticed that as-is the entire job takes ~11 minutes, but according to the instructions it’s supposed to take 23

I’m presuming it needs a double run, though halving the speed would do similar. Here’s mine after a 2nd run of the engrave (I did both before letting the score and cut run). 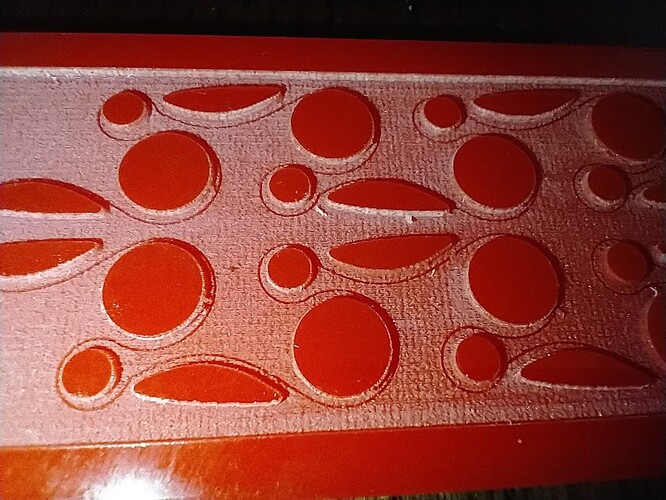 There is a “Deep Engrave” setting that is a double run of SD Graphic - and I’m guessing that’s the expected setting, but it doesn’t default to that. I don’t know if that’s a failure in instruction writing, or a failure in programming - but there is definitely an issue!

Now - that being said - it was still way more difficult to do than I was expecting - I clearly don’t have the coordination that the creator did - so I’m sticking it back in for another deep engrave. 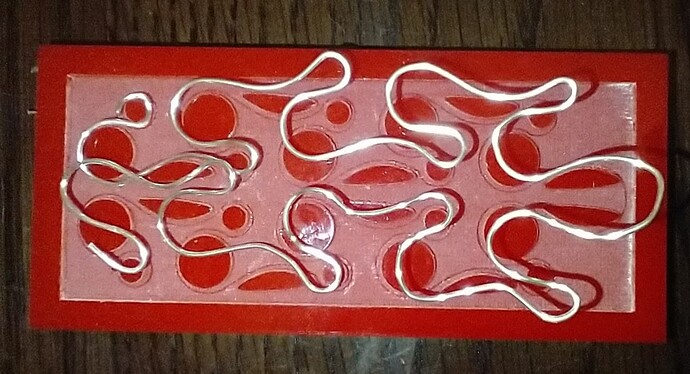 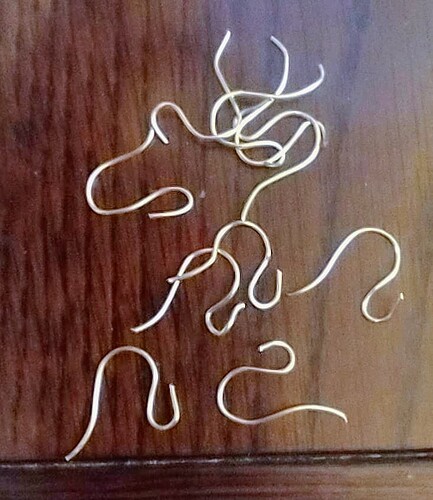 For your failures @nancyrich9781 , presuming you’ve cleaned the scrap material out of your

, you can remask them, then line them up as best you can. Run the engrave as a lower power score and as long as it’s cutting in the right place on the masking, then go back and run the engrave again - and then probably the score again since you want that on top. (If you haven’t cleaned the scrap out, drop your failure back in the hole and run the entire job with the cut set to Ignore).

I’ve now done another double (so 4x SD Graphic engrave total) and I do find it easier to keep things in line, but I’m still nowhere as smooth as the original creator. It’s also possibly they’re using softer wire as well - but it definitely works and is WAY faster than curving them by hand!

Oh - and I cannot see the score lines in anything like a useful way. On the other hand, after the first time around I didn’t need them. 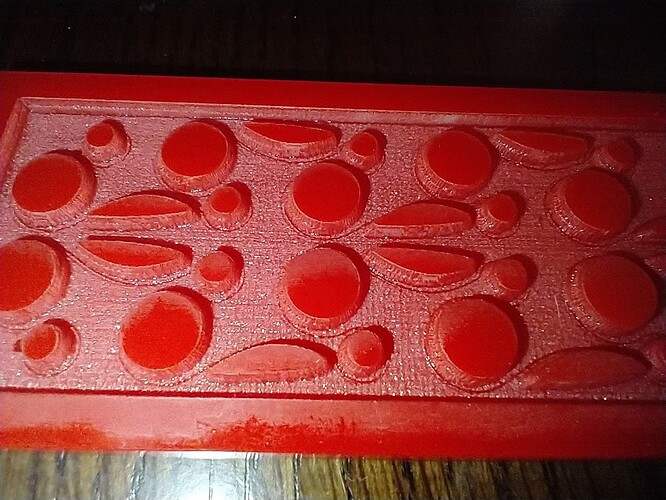 At least for the 20 gauge silver I was trying it took almost exactly 20" of wire - and I found cutting that length off was easier to manage than trying to work off the spool.

Hey guys! This is my design. I’m sorry you all are having trouble!! I just found this post and I’ve just skimmed through the comments…I’ll go back and read without skimming,
First thing, is this should be three passes of engraving. I’m not sure who’s fault that was (very well could be mine), but I’ll get an email sent off to Glowforge to get it fixed. As we all know, they aren’t fast, but just engrave it three times.

I’ll be back after I catch up on reading. But I’m here to help!
Sharon rose

Yay! I’m glad you saw this. It currently defaults to 1 pass, and the instructions don’t specify 3 either.

Thank you very much! I made many of these, all wrong but had some luck with a 2x engraving. 3 times should make it a lot better.

Ok, so I’ve read through the comments, and it sounds like the biggest problem was the depth of engrave. I have emailed the Glowforge team and asked them to fix the settings, but I haven’t heard anything back…it will probably be awhile.

I use these jigs (the single one too), and it does get easier the more you play with it. If you have a pen to use, that definitely helps with this jig! It’s much easier on your fingers. The wire does want to pop off as you go, and the ear wires still need some perfecting after they’re cut, but I have found this jig helps me make much more consistent ear wires than just using pliers, and it’s faster when I got a bunch to make.

And for other designs I submit in the future that have different settings like these do, I’ll make sure I add them in the instructions too, in case they get lost somewhere in the submission. Both of my jigs are only set to one pass, and I know for sure I had it correct in one of them…so I’m not sure what happened there.

If anyone has any other questions on these, I’ll answer as best as I can!

Oh yeah, and I typically use half hard wire. I used to metalsmith more but all of my sterling (and many other things) got stolen from our storage unit while we were moving, and I lost heart working with silver. And I couldn’t afford to replace my ten years of business accumulation.
Heh, I wasn’t planning on sharing that, I just meant to say half hard wire is the sterling I used all the time, but I don’t think non sterling is marked like that. You don’t want too stiff of a wire, because it’ll make your life miserable. But you don’t want it too soft or it won’t keep it’s shape.
The tip for the length from @deirdrebeth is good, thanks! Working with a smaller length is much easier than working off a spool.

If you have a pen to use

That pen trick is killer - I was using straight sterling so it did curve, but I made 2 sets - so 10 pairs in probably less than 3 minutes, then cutting and flattening. SO much faster - and also, if I know I’m going to need them I can make a bunch and wait to cut them apart until I need the individual - WAY easier to store!

Awesome!! Thank you for the feedback, and I’m glad the jig is helping you! It sure does me! I got tired of making them one by one and knew I could figure out a way to make a bunch at a time…I have a laser cutter!! And I was hoping people don’t end up frustrated with them. I also hope GF fixes the setting soon, because you really do need 3 passes, and I don’t have the power to go back into my design and make changes once submitted.
I kept wishing, and trying to figure out how to make another tool “like a pen” so I could draw with the wire…and after some time (I don’t want to admit how long), I had an ah ha moment…why not just use a pen?!? duh.
This jig was a lesson for me about simplifying a process…and overcomplicating another! I didn’t need to reinvent the pen.

This little jig is fascinating! I’m wanting to try this and I’m wondering what the little flat plier thing you chomp down on the wire after it’s bent go flatten it is called? I’d like to order one and don’t know what I’m asking for! Thank you for sharing your design!

or you can take any pair and glue a bit of plastic or leather to them:

Padded pliers Everything Else

I find the plastic pliers to be crazy weak (though I haven’t bought any for years so they may have improved). I take my regular needlenose pliers and tape a piece of leather to the insides - it gives you a nice padded lip with lots of grip. [IMG_20201120_110400234]

Many thanks for the link and the suggestion for modification!

And I’m gonna add this to this thread, since I get a lot of this same question…these are the correct size headpins for the single ear wire jig https://amzn.to/34LT0SN I have purchased them and they work awesome!