a couple of days before leaving on an extended vacation, and it arrived before my

pack, so my first couple of tests were on some extra hard plywood and MDF and didn’t go super well. I went and picked up some 1/4" ply (oak and birch) from the local box store the next day and that cut just

-ey. Then I was forced to leave my beloved new toy in favor of 18 days on

vacation. I know, what a drag.

Anyway, here are my first few projects and some notes on each.

First were a couple of Founder’s Rulers (the one on the right was with the extra hard plywood I had on hand–note the scorching–and the second is on oak ply from Lowes) and some nameplates I etched on hard MDF (the etch worked well; had to cut on the table saw) for my kids. 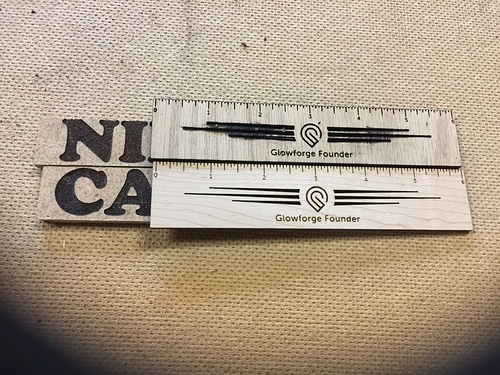 Next, I knocked out some a couple of boxes to take my kids’ favorite TTRPG with us on vacation. I used the excellent boxes.py tool (seems to be down right now, sadly). Everybody was pretty impressed with how these turned out. I engraved the title on the wrong side of the lidded one, but the hinges were so trick, it was still a hit. I hadn’t dialed in settings for my oak plywood yet, so the edges were pretty seriously burnt. 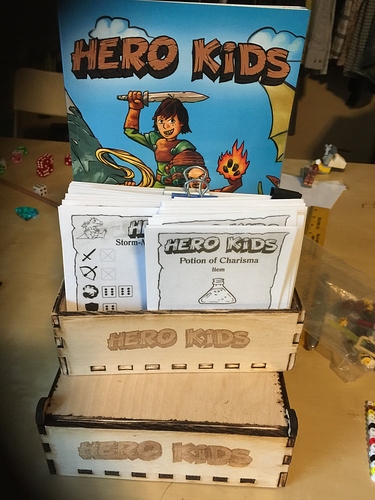 Next up: Escutcheon Time! The kids’ first and best idea was to name our

My 4 and 7 year old are hip, what can I say… no, they haven’t seen the cartoon, but they like Diplo music.

medium acrylic. I realized afterward that I should have reverse engraved and will do so out of thicker acrylic at some point so that the button part stays inside escutcheon itself. The contrast on the name part wasn’t great, either. I’ll convert that to clear, maybe. Also, there are some odd streaks in the engrave. I’ve noticed these intermittently on various engraves. Any idea what causes that? 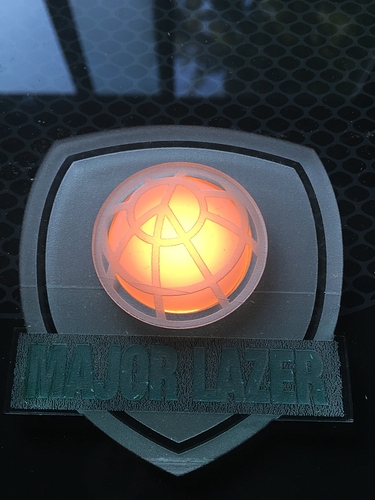 A christmas ornament to commemorate our vacation. I first tried this out of a 1/4" piece of oak, but it broke along the grain, so I cut a few additional ones out of

medium maple ply and they turned out great. 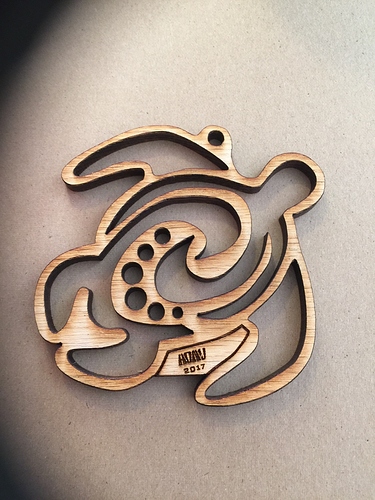 A LED sign for my brother-in-law’s man cave. First try on this had a couple of problems. First, I forgot to reverse engrave and I did so on some extruded smoke colored “Acrylite” that I picked up off craigslist a while back. For future reference: smoke colored acrylic doesn’t work with edge lighting. This is 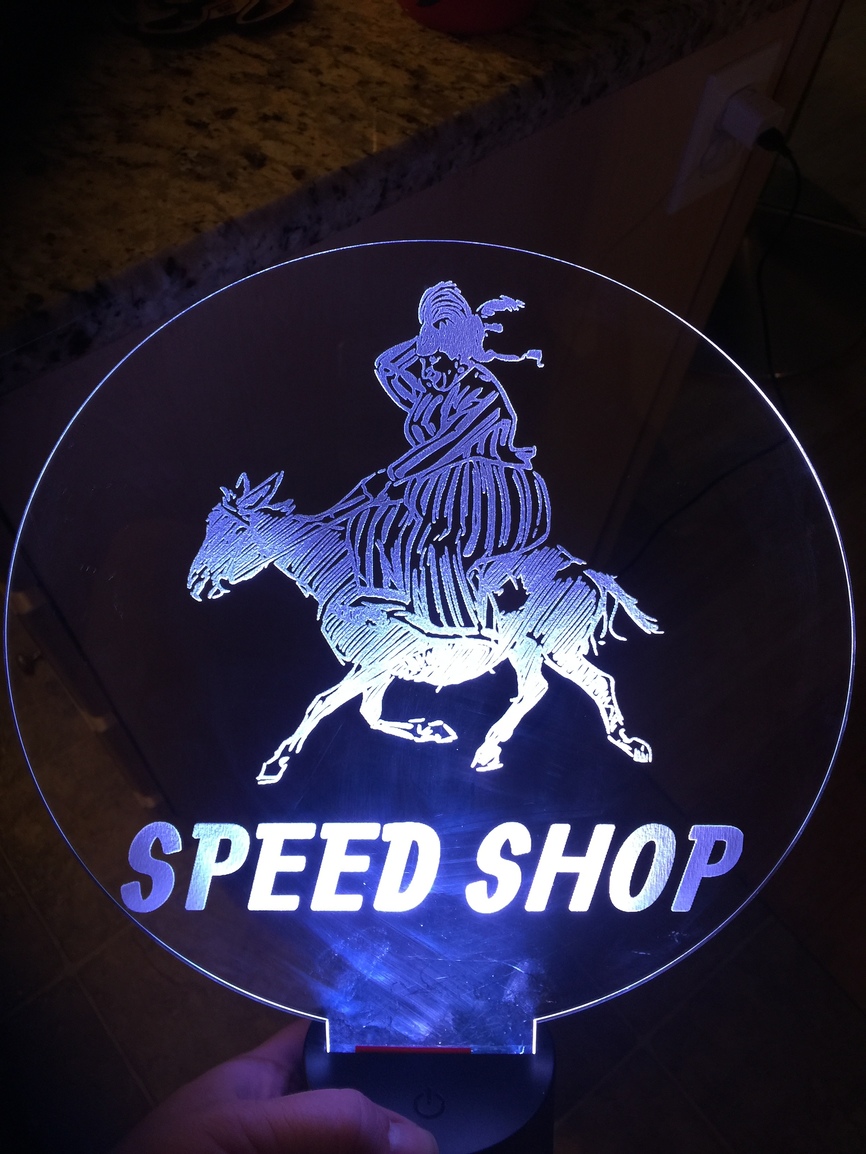 I’m in the middle of making some Tsuro boards for Christmas gifts that I’ll make a separate post for (I had some specific problems I’d like to run past you all). I also let the kids do some traced pieces along with some various cardboard and papercraft experiments that I don’t have pics of.

All in all, I’ve found my

to be a joy. It’s a bit finicky at times (the calibration dance, trying to run in colder temps, some weird engraves), but overall, it’s everything I hoped it would be. I have lots more fun stuff to keep Major Lazer humming for the foreseeable future. Thanks to @dan and the team for delivering and thanks to you all for the great forum.

Chuckle! Great projects! (And I really like the edge lit project!)

Got some fine projects there–and you are clearly having fun!

A lot of great projects there! I’d say you’re off to a nice start. And yeah, those 18 day vacations must be horrible.

18 days to plan projects - must have been wonderful! Looks like you’re off to a great start with a groovy escutcheon.