I almost crapped a brick though, due to the GFUI doing some really weird stuff with path selection. About 2/3 the way through the 34 minute burn it looked like I was going to have about a 20% failure rate because it was only scoring about half of the drawn score paths. Thankfully it decided to come back around and finish them up. I DID notice that despite carefully copying and pasting my nest, that some of the score paths seem to have magically shifted about 1 mm or so. See second picture, 4th row from the bottom. Not sure why. Can’t honestly say it wasn’t me, however I was meticulous about selecting entire columns and not actually selecting each one individually.

I also went back and squeezed in three more of the larger ones after the small 50% ones had run.

Word to the wise, Don’t worry about the sooting on front surface reflective/chromatic coatings. Peel the protective layer off, it takes bloody forever to peel each tiny piece off and not scratch the coating. The soot just wipes away with a microfiber.

Acrylic stinks. I’m running a booster filter blower(1/2HP 3Amp, 600CFM centrifugal, w/ activated charcoal filter, and smooth wall aluminum ducting with taped couplings and it still stank up my basement). It’s got enough draw that even with the GF off it’ll spin the built in exhaust fan up to speed, and contract/shrink up the flexible ducting that the GF comes with. I’m going to try wrapping the aluminum ducting with saran wrap/plastic wrap, but if that doesn’t fix things (I suspect tiny leaks in the pinch rolled seam of the aluminum ducting) I’m going to switch over to SDR/DWV 4" pipe. The stink is real. 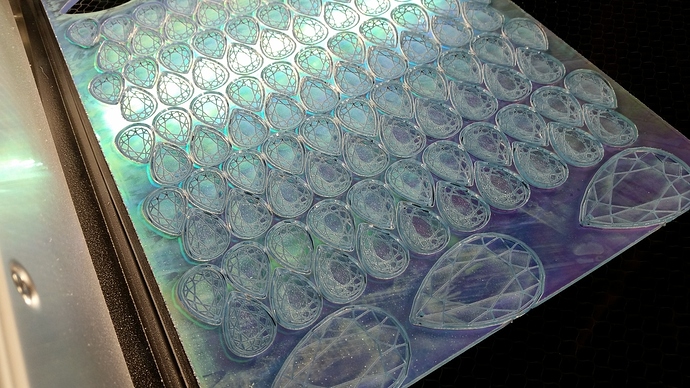 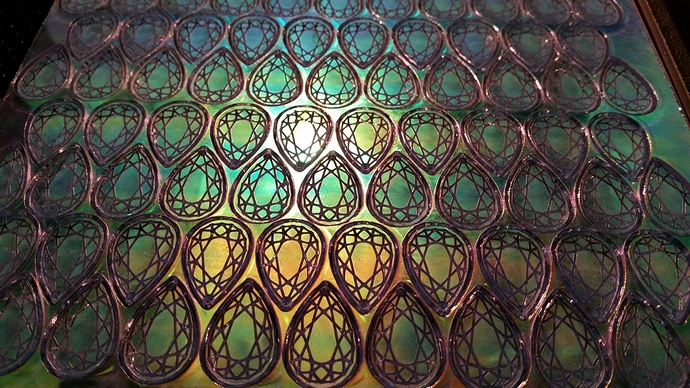 Those look awesome! Where did you get the material from? 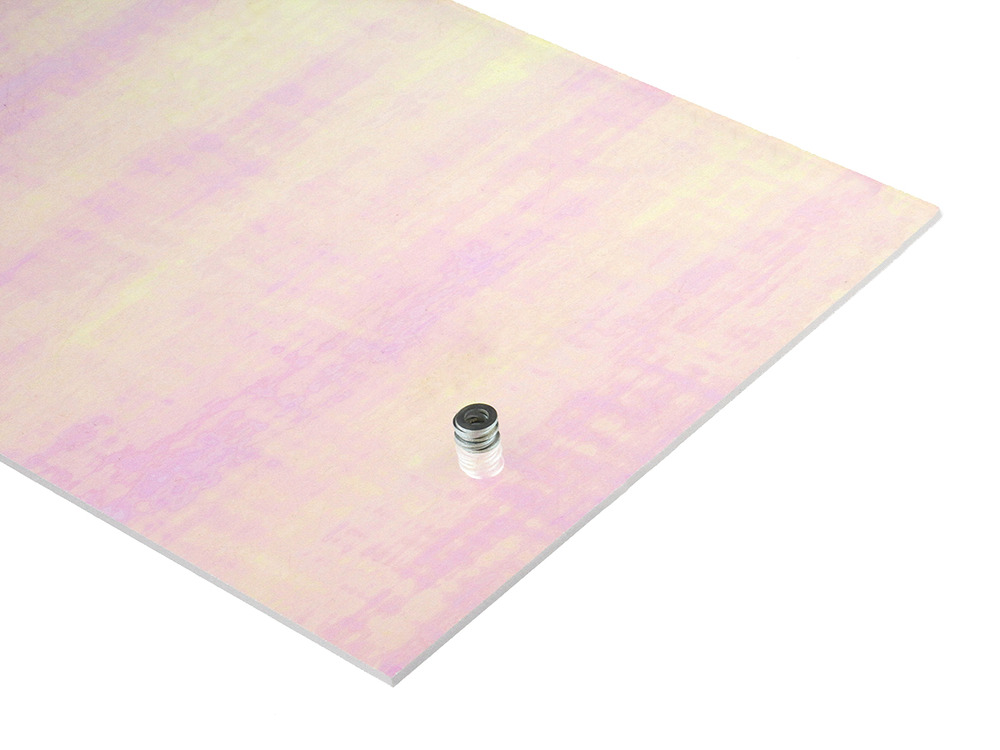 Shimmers in a rainbow of colors

How cool is that! I hope you show us what you are using them for.

I ordered some of that when I got my $50 coupon. You’re tempting me to design some of my own.

It’s very pretty, comes with protective sheet on front and rear. Chromatic / Iridescent coating is on the front. It stinks when you cut it though.

I’ve never experienced a booster fan that doesn’t have some degree of leakage through its housing. Others will disagree with me, though.

mine doesn’t leak… anymore… now that it is wrapped entirely in aluminum tape!

I’m going to try Saran Wrap today, and if that doesn’t do it I’ll make sure to try the aluminum tape next!

100 years from now “bolts, tape & brackets” will be “JDVing” and “belts and suspenders” will have passed from the lexicon.

@rusty.tracey what settings do you use? I have had so many issues cutting this material without getting little burns around the edges. I have tried multiple different settings and can’t find one that cuts all the way through without damaging it.

Settings for non-Proofgrade materials can only be discussed in the Beyond the Manual forum.