Need help with a file

I purchased an Etsy file of a beautiful Catan board that I would like to make for gifts. My big issue is that I am not software smart. The file has the whole board to print which is bigger than my GF Pro size - no pass thru. I tried to ungroup the peices thru Inkscape but am having not luck. Is there a better way to do this or can a noob like me pay to have it broken down to smaller chunks? Thank you in advance.

Post a picture of what you’re trying to make. 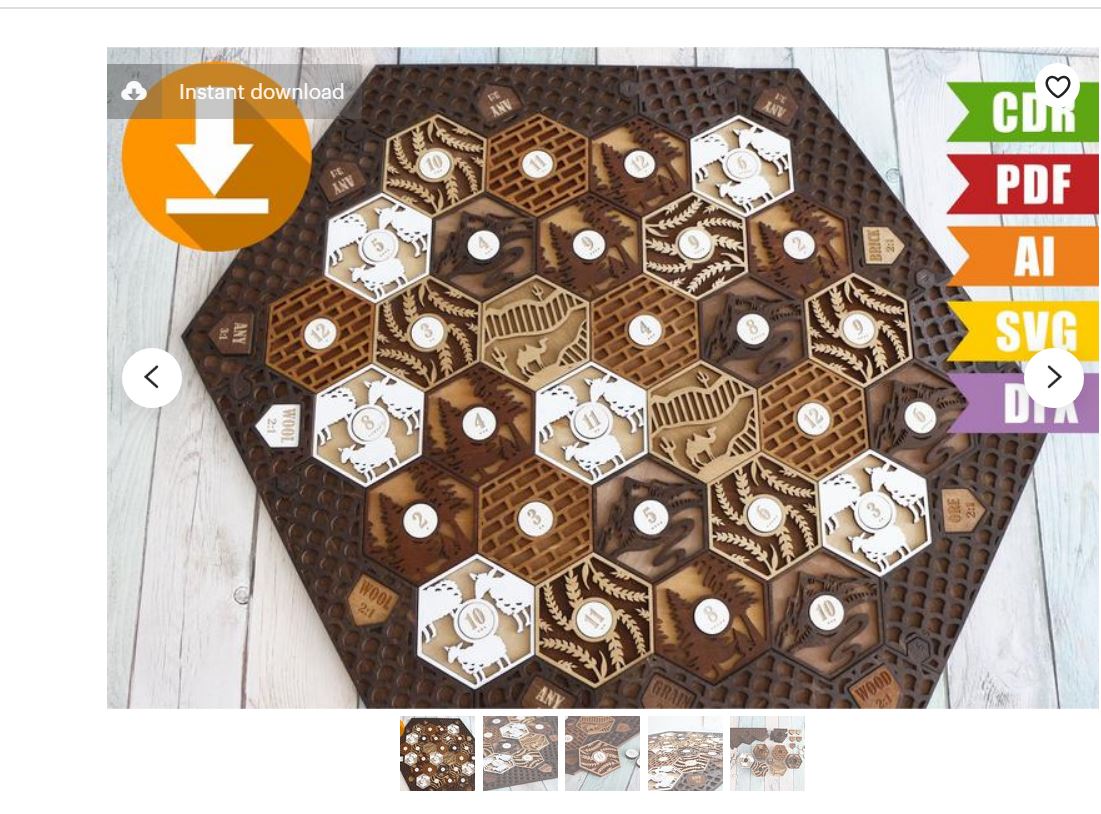 My best advice for you is to hold off on such am ambitious project until you have the skills to do it.

There are so many things to learn to pull that project off, I think you just need to step back and develop your “software smarts” before you tackle it. The good news is that this forum has tutorials and examples of every single thing you’ll need to know how to do, it’s just a matter of putting in the time and effort to get to the point where this project is in reach.

So where do you start? I guess the first thing to do is pick a software package that you want to learn, and go deep on it. I’m an Inkscape user, but plenty of people use AI or even Corel.

Offhand, here are the things I think you’d need to know how to do:

It’s not the longest list of things to learn, and I think learning this stuff will pay you back every time you use the GF.

Did you download the SVG version? Did you try break apart rather than ungroup?

What does the info bar at the bottom say when you click on the object? Usually it will tell you if you have a group of objects.

If all the parts are separate it is rather easy. You put in one board and set your cut and engrave settings and use the arrow key settings that everything on the bottom of the the design lights up showing it will cut.

Then exchange the boards and move the whole design so the topmost parts light up and hopefully at least to where the bottom parts got cut out. Ctl+A will select everything and using that will allow you to move all the parts about together.

I ungrouped the larger items but the actual board peices are not grouped and I have tried everything else with my skill set to separate the board peices. Just need to basically split them in half so it will cut on the Plus. I can’t get a hold of the person who made the file either.

The board file is bigger than my cutting space and I don’t want to downsize the game board.

As asked above, did you try “Break apart” instead of ungroup?

Unless the items are one continuous path, “Break apart” will split them into individual objects.

I can guess that the file doesn’t have the hexagons as separate objects but instead cuts them all with one path. Perhaps that is why you can’t break it apart.

It’s like @m_raynsford’s Escher fish. The fish are all cut from single paths and aren’t separate objects.

You can use the cut path with a box to slice off different sections in the design or do other boolean operations.

That is a great idea! Thank you!