Need ideas designing a box with a magnetic key

Hey guys, so maybe starting with a little background. I made my girlfriend a necklace a while back for valentines day, and she broke it several weeks after haha (it was pretty delicate so it was my fault). Anyways, during my 3rd or 4th redesign in I decided to hide a small magnet behind the little gemstone. 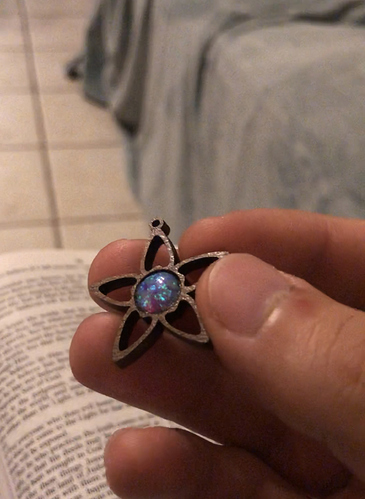 So, I was thinking of somehow designing a box that would unlock using this magnet as the key to unlock it. I have one idea where I’d use one magnet using the opposite polarity to push the locking mechanism open. But as I’m planning, I’m hoping maybe you guys would know where to do some research, cause I can’t seem to find much on the internet (I assume I’m not looking for the right terms on google, etc.)

That is cool idea.

How complicated do you want to get? A simple one could probably be opened with gravity at the right angle. A more complicated one will have a magnet in the lock, requiring a stronger magnet to unlock it.

Edit: Looks like a spring can be used to (instead of another magnet).

I guess on my end it can be pretty complicated in terms of making it, but can’t be too hard for my girlfriend to open. She doesn’t know her necklace is the key so that’s already going to be a part of the puzzle I’m planning for her. I’ve been trying to figure out how to create some sort of sliding mechanism, but so far my brain isn’t working in this way.

I was thinking about a spring, but how would I do that without still using another magnet?

maybe a pin with a weak spring holding it up? when the magnet is there it could pull down the pin and let you rotate the top off?

Gravity and magnets! Two of my fav things.

I found this one that could be incorporated fairly easily. 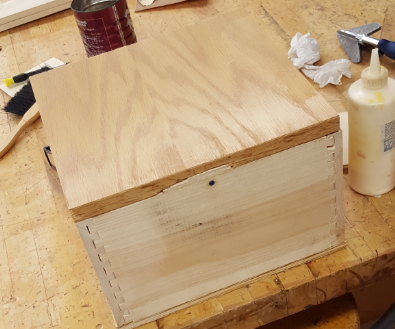 Magnetic Lock Box: Have you ever just wanted a box that you could put valuables or private items in that doesn't use a conventional method to open, such as a key? This project here might be a very simple and great method to have exactly that, and...

This is a pretty simple design: 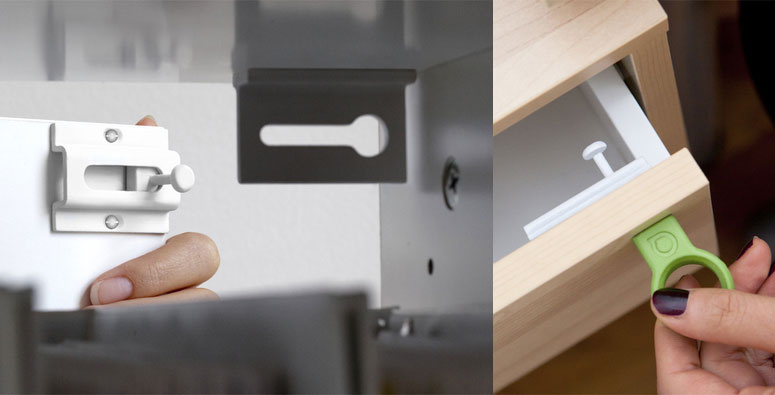 Or mount it vertically

Very true, but it is also easy to unlock by just shaking the box. A more complicated design needs a spring or something to aid the lock and make the magnet necessary.

A spring to hold the pin out, and a magnet to retract and open it?

Maybe a series of magnets working with the two poles to push or pull in the right sequence.

We should throw in some gears and mechanize this box for good measure! (I am only partial kidding… maybe…)

I will sleep on it…

Just sliding a sheet of ferrous material between the magnets should separate them by disrupting the magnetic attraction between them. Users here who use hard drive magnets are seeing that effect with the metal plate on the back of the magnet that keeps the field from affecting the head and fan.

I have made a few of these before.

Spring from a cheap pen, and a piece of music wire for a pin. A trim nail would work.

Used them to hold access panels/canopies on RC models, without visible catch/lever.

This is awesome, would love to see it after it’s made.

As someone who has a million cheap pens that don’t work, that’s the prefect place to get a spring.