Acrylic paint and alcohol based dye. Simple design on medium to thick leather. Masked the leather first. On the silver smaller piece, I learned the hard way that painting around text is a huge pain. For my second wallet I did the a coat of silver paint first, then engraved. Waaaay better looking and easer to deal with. I need to learn how to finish the edges. I sold a couple of these and folks don’t seem to mind, but they would look much more finished. 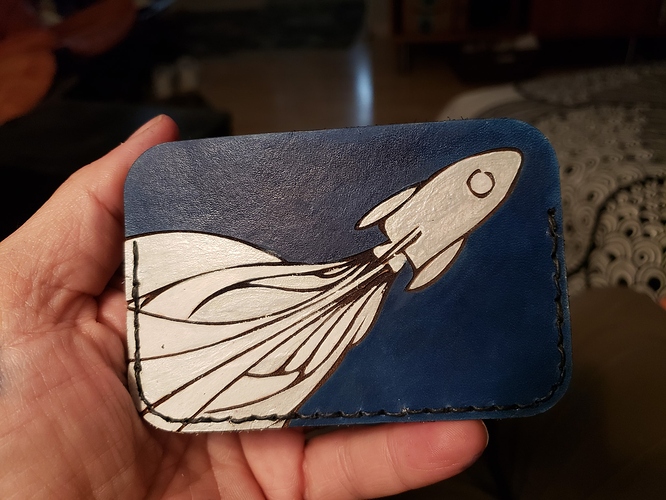 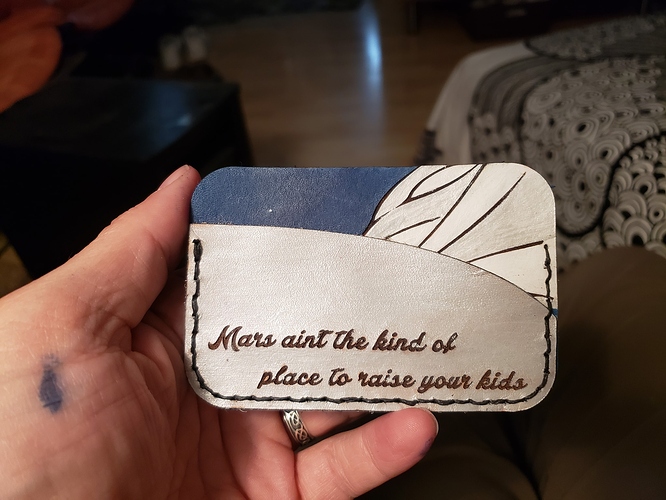 in fact… it’s cold as hell.

I have been working with song lyrics on some products. It’s awesome when someone connects. It’s so great to see glee on folks’ faces.

I did the a coat of silver paint first, then engraved

Smart! and probably true of the main image as well

(you’re were at Deathsploration recently, right?)

Like I knew it was a lyric as soon as I seen it, but it this wallet made me automatically start to have a Phish Lyric from a new song start playing in my head “we have come to outlive our brains” on it. Odd that it happened like that.

Deathsploration was an event in West Seattle about death acceptance & planning & such, and they had a small craft market…

Huh that is a surprisingly healthy thing for Americans to go to. We spend a lot of time acting like it’s not going to happen.

Hoping we’ll figure out how to stop it

I’m not yet willing to confront my own demise. Contrary to my wife & financial advisors. I have a 30 yr investment horizon vs traditional wisdom of ratcheting back to a bonds heavy portfolio for near-retirees. My wife thinks we’ll (or she’ll) be gone in 10 years and wants all of our money in a savings account

But I can now wrap my head around it - when you’re 20 or 30 you can’t really understand 50 or 60 year time horizons. When you’re 50 or 60 you can actually relate to a 20 or 30 year timeframe and internalize your remaining likely lifespan.

It’s a great thing. I have a friend who is a “death douhla”. She has been a companion to folks dying a number of times now. Cool stuff IMHO.

I am all good with a hijacked thread, BTW.

The event had no financial planning spin on death. It was more about emotional support and services in a death-forward outlook. Refreshing. 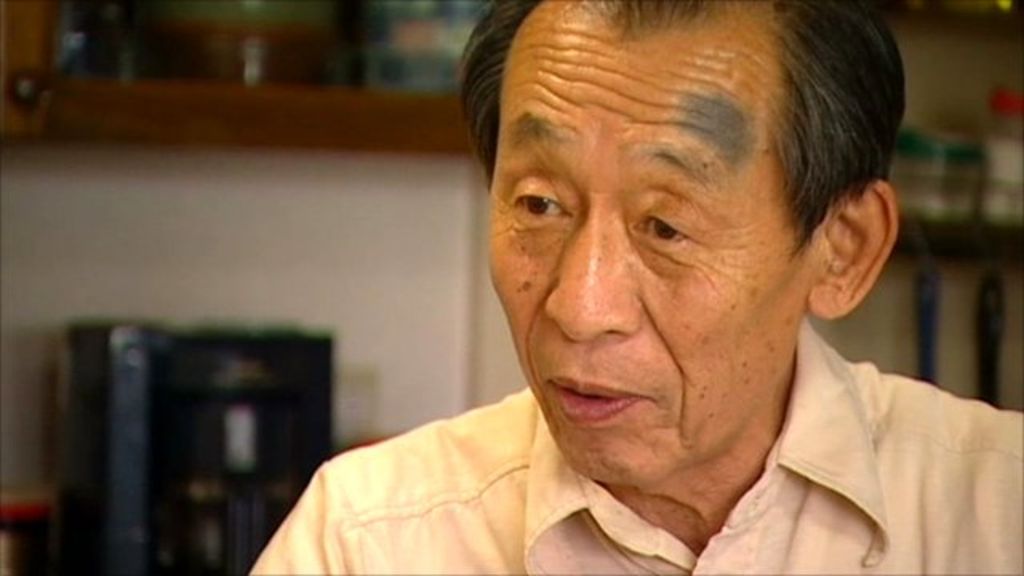 A group of more than 200 Japanese pensioners are volunteering to tackle the nuclear crisis at the Fukushima power station.

When you’re 50 or 60 you can actually relate to a 20 or 30 year timeframe and internalize your remaining likely lifespan.

My 97 year old grandmother doesn’t like assisted living because of all the old people there.

My 97 year old grandmother doesn’t like assisted living because of all the old people there.

Laughingly enough, I get that. Some people are just younger at heart than others. My own mother felt the same way. She lived to be 103.