I am new here and do not yet have the machine, but I have found that Gimp is excellent for manipulating images and as open-source it is also free. On top of that there is a smart sensor for finding edges creating masks and any mask can be output as vectors, and those vectors can also create graphics of a brush following those lines, and there is a puzzle filter, and a maze filter that could automatically create random puzzles and mazes that every one could be different.

I wouldn’t go that far, but I am learning.

That’s great…we can use a few GIMP experts around here.

Thanks! I am simultaneously learning Gimp, Inkscape and half a dozen android apps that I can use on the fly. Having trouble uploading artwork to the UI from Android phone. I wish there was a copy and paste button in the UI for these situations. I do a lot of test designs on my phone at lunch and then can’t print them. I have not bothered support yet. Also the last 6-7 calibrations have started at the home position, came down the left side to roughly camera level, jittered as it tried to go left more, moved up 2 inches and jittered some more, then down 2 inches, over and over. If I turn it off and place the head under the camera, it calibrates normally.

For some time now I have been using Gimp for 2d and Blender for 3D work. If you have a relief object you like you can create a blend texture that is black at the bottom and grades of gray til you get to white 256 grades later. As I understand glowforge is supposed to translate that to multiple depths of cutting. There is also free software I am still researching to take 50 or so photos and weave them into a 3d object. All open source software. As yet my only programming language I have learned is LISP but I came up with a simple substitution program that makes things like ferns where each part is just a small version of a larger part. I am looking forward to being able to apply some of these things

The fern program sound like a fractal generator. I want to experiment with using fractal patterns to make graphene electrodes with high surface area, especially if I can figure out how to make 3D fractal structures.

Fractals are easy if you can do the scripting language. The LISP one I wrote works in 3D as easily as 2d. In Autocad you make a block “a"that is the basic shape and then black " b” that contains multiple and smaller scaled block "a"s then using LISP you change the block "a"s into a block “B” just by changing the name in the database. Then you explode all the "b"s and repeat. That is how to do it in Autocad but not sure about other systems.

This is what I am hoping for, extreme surface area.

A 3d Hilbert is possible but hard to get your head around as if it was continued infinitely, in theory, you could have a very thin wire long enough to reach the moon in a single cubic inch and any part of it indistinguishable front the whole as a cube made of a stack of cubes. The laser could cut 2d Hilbert easily however and mixing light and dark wood down to the working diameter of the laser would make the ultimate coaster!
This is a simple 3D Hilbert

Wow! That I would like to see! If you can help reduce this to practice, I would be willing to share any proceeds from projects utilizing it. Many new catalysts and high tech metamaterials are possible. Coding is not my bag, although I have used Mathcad to predict properties of new materials before I make them. I once used mechanical engineering methods for predicting 3D thermal conduction through materials, to predict the diffusion of sugars out of biomass cylindrical pellets. This is possible because the governing equations take the same form. I hope to extend this method using known critical neutron fluxes, to predict critical mass of materials.

This is a somewhat better concept in one. In the 2d version there is only one result, but as I mentioned a 3D version would be very hard to get your head around. properly done any cube from it would just be a version of the larger case, and neither of these seem to fit that case. But this one has links to the origins

A 3d Cube in Nichrome or equivalent would make an incredible flash heater under a 3d printer bed it would be very even in heat. On thinking on it, a thin layer of sand and sugar would fuse into silicon carbide where very hot and wash away where it did not fuse. The big question would be if the Glowforge would not be injured by the process. Such a finished Hilbert could easily support temps of 2000F to burnout castings or it would make one great coffee cup heater!

Out of curiosity, would one of these 3D printed from metal make a good radiator… Say for the glowforge as a means of dissipating hear from the beam?

I also wonder if there’s a way to coat it with charcoal to get a very high surface area air filter which has low back pressures.

It might be interesting to 3d print one in a material that could be roasted in a way that left it being activated charcoal but I doubt the expense would justify the result. Perhaps as a way to get the benefit of high surface area say separating hydrogen and oxygen in water where the distance between them are not critical. Otherwise for something like a capacitor figuring out how to fold it with a 2d Hilbert cross section would be a billion dollar accomplishment.

I wish there was a copy and paste button in the UI for these situations. 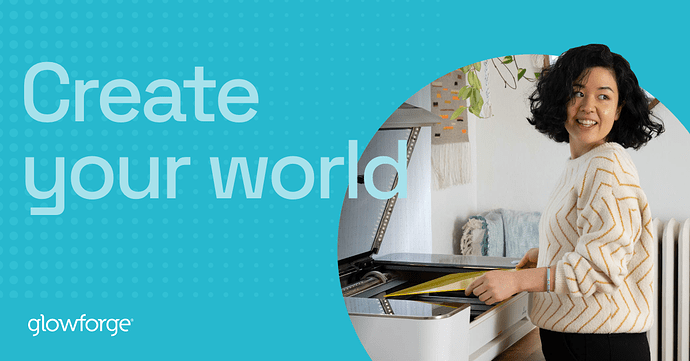 yeah the handy thing about charcoal is that it already has absurd surface area; it’s why it works so well; there’s something like several hundred or a few thousand (depending on source / type) square meters of surface area per gram.

Forgive me for asking, but how? I copied my image from file commander and have not been able to find a way to paste into the front page. I have held down over a blank space, but nothing appears with a paste option.

Good question. I can’t get it to work. You might post a question in problems and support. Since this is a new feature, it might be good to get its own topic.

Ok, thank you… I thought I might be missing something obvious.