My husband is retired from the USAF, where he served as an East German intelligence analyst. He was lamenting that he didn’t have anything with their old logo on it, and asked me to see if I could recreate it for him on my GF from a photo he had. It was a good challenge for learning to create paths in Inkscape, and I’m pretty proud of how it came out. 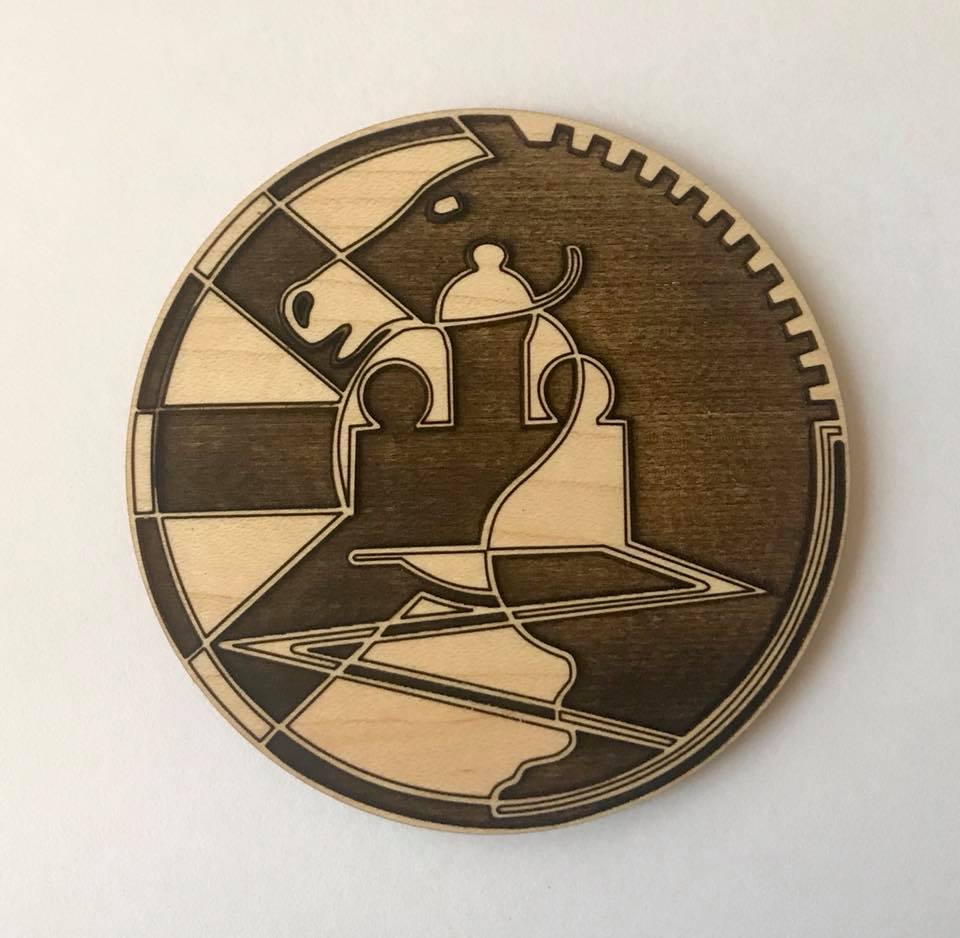 This turned out great!

Thoughtful and a great project!

he served as an East German intelligence analyst

Now that you told us that, he is going to have to kill all of us! An attempt by you to obtain all our GlowForge machines after he bumps us off!

Nah, there’s no East Germany any more, so it’s not a secret now. We’re safe.

You totally nailed it!

You totally nailed it!

Lucky for me he had a good photo! Once upon a time I was pretty decent with PhotoShop, but that was back when I could also jump up from a squat without groaning.

I’m having to learn stuff all over again, now that there’s a GF in my life!

so it’s not a secret now. We’re safe.

… and American Intelligence has entered the Witness Protection…

Buddy of mine is in AF reserves, Intelligence. When asked about it he said, “Hey, it’s a job title, not a requirement.”

Cool! One of my berlin cousins took me up there after the wall but before unification. (For those without close connections, the Teufelsberg is largely fill, built over the course of several years as the rubble of destroyed buildings was being cleared. Rubble had to be piled up inside the Allied Sector because cold war, so it’s pretty much the highest point in the city. Also expected to be the first target if anything went wrong…)

This must mean so much to your husband. You should definitely be proud of your work!

It’s now adorning a trinket box for his desk: 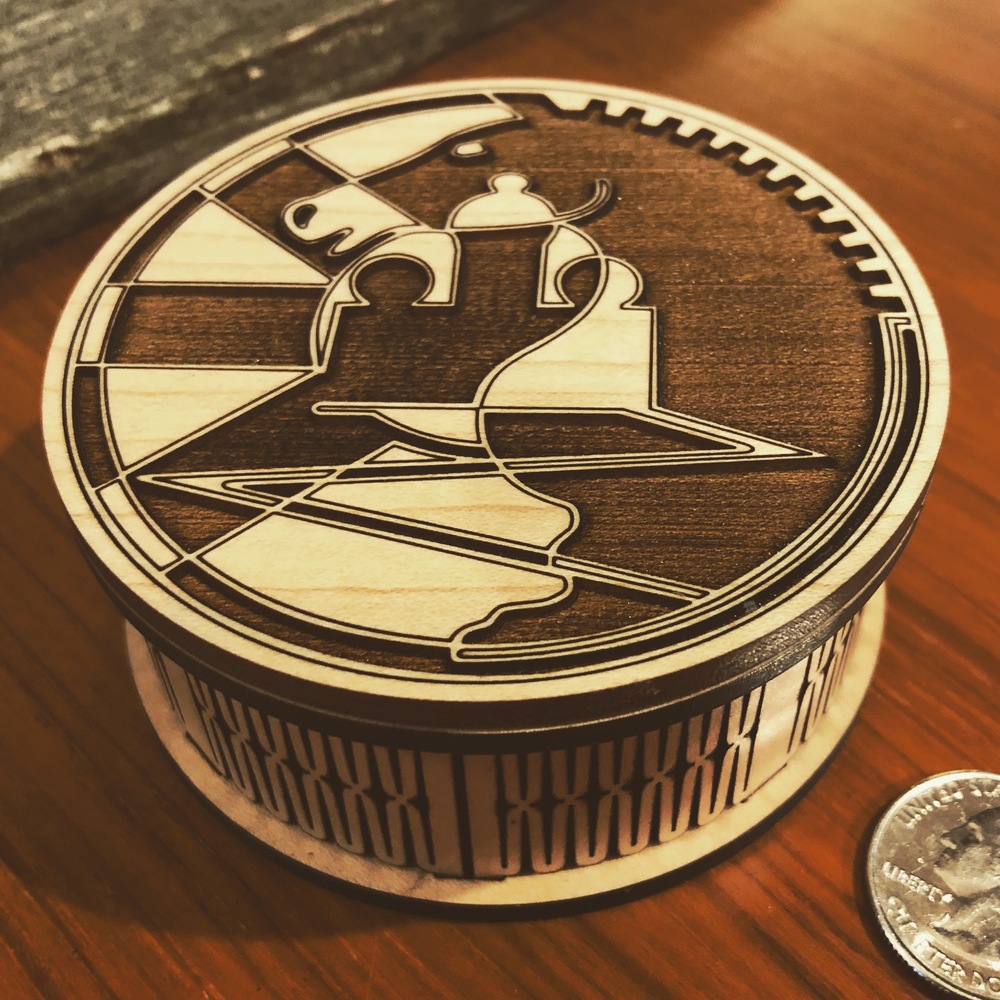 Hey bubba, you need to share your Palladium project here. That thing is AWESOME.

I think there’s a rule against sharing other people’s work, but I bet big sisters can have that waived, if little brothers don’t appropriately show off their own amazingness!