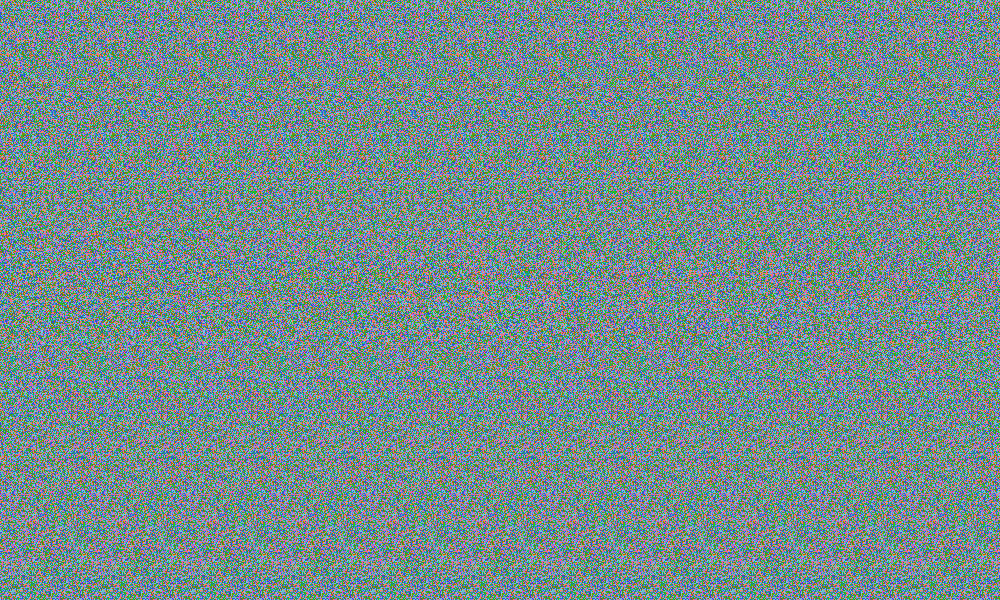 Glowforge magic eye.png1000×600 42.8 KB
(edit- the photo above is a magic eye of the word “Glowforge”)
Was wondering if anyone has any fun optical tricks, tests or illusions.

Always been into stuff like that myself ever since getting those magic eye books as a kid or at least looking at one.

Seen this eye trick in a video from vox. For me its a bit more difficult. if you cross your eyes so that you see the image twice so there are 4 squares you need to move them so they overlap so it appears there are 3 squares. and if you stare at the middle square and get it all into focus there will be a square in the middle of that one floating in 3d. depeding on your screen size it might be hard.

Huh nobody’s engraved one or these yet that I’ve seen. Seems like a slam dunk.

For me its a bit more difficult for me. if you cross your eyes

I’m also in the eye-crossing camp. It’s quite difficult for me to do the “stare-through” technique, as I can’t convince my eyes to stare through as if looking at a distant object but still focus on the not-distant image.

It’s very easy for me to slowly cross my eyes and change two side-by-side images into three, then focus on the new center image.

nobody’s engraved one or these yet 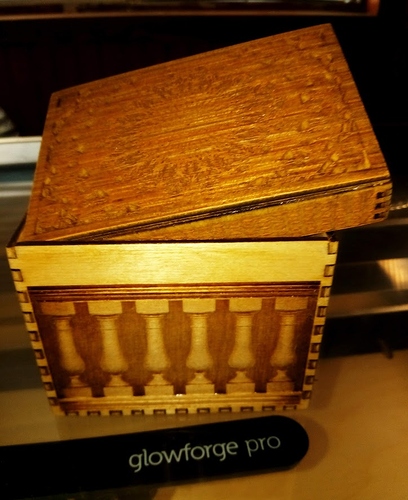 These are the only things i’ve done so far with somewhat optical illusions. the one with he dash marks works nice irl and the others are just kinda goofy. 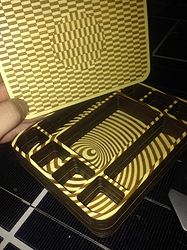 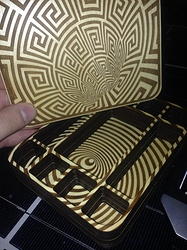 I like the Dr Who take off but since I cannot make my eyes see stereograms anyway I suppose I would have trouble making them work on a boxtop. These days each eye sees different colors in any case.

Mind if i ask how that happened? not sure how eyes change the color they see over time. I remember watching a documentary where someone had the lens of their eye replaced with an artificial one and it allowed them to see uv light that was normally blocked with the natural one.

it allowed them to see uv light that was normally blocked with the natural one.

super cool imo. its like having a super power, not sure what the comic book would look like tho.

not sure what the comic book would look like

It is funny how the comics make what folks think of as disabilities into super powers an extreme example.is… https://www.youtube.com/watch?v=Gg2DgLwmsmU
but there are many very much more subtle examples that are rarely noticed. Would Dr Hawking have made the discoveries he did if he could have interacted with the world like your average athlete? Or if he was struck down in jr high school before reaching the perfect place to have the base knowledge and the support that would get his results listened to. How many folk who could not travel the room instead travel the universe without leaving the room, or for that matter travel the world but never leave the confines of the front porch of their minds.

Yup its all in how you look at it or want it to effect your life. Like how you were saying about hawking great things can come from what might be a bad thing.

all in how you look at it

There are two sides of that, the incentive sure, but the empowerment to achieve might be more important. I had a friend who was in an iron lung for several years and achieved huge insights as there was no other choice but using his mind, but his discoveries were never known outside his friends, and of course the ability to learn and interact with and from the outside was not available as it was with Hawking.