Alright it’s not actually made yet, but cutting acrylic is hardly new to any of us. So I recently got a form3 SLA printer as most folks noted in my post earlier. Anyway one challenge I had on my prior mSLA printer was mixing the resin. It is super important that the resins get well mixed but shaking can get bubbles into the resin. So This calls for some sort of continuous mixing apparatus. So luckily as a physician I am in labs all the time, and the orbital shaker table is a pretty standard thing. It is also generally a pretty expensive thing (like $500 for a reasonable sized one). Well I figured I would build one, out of thick proofgrade acrylic. So off to OnShape and I CAD’ed it up:

Will it be manual or motorized?

It’s going to use a Gear Motor with a worm drive. That will give it enormous torque to start with multiple liters of resin on top. It should drive about 6RPM…

Very cool! Can’t wait to see it in action!

Provided it’s not a Form1 or Form1+, you don’t have to worry about mixing the resins. I own a Form1+ and a Form2, and if I can wheedle a deal out of FormLabs I’ll get a Form3. The Form2 and Form3 take care of mixing. All you need to do is lightly agitate the resin reservoir every week or so (if you’re like me and you leave the resin cartridges installed on the machine. If it’s been less than a week since I used it last, I leave it be. If it’s more than a week, I pull the cartridge out, give it a little shake and put it back in to the machine).

What you do need to make (if you didn’t buy the finishing station along with the printer) is a UV light box. The SLA prints come off the printer “green”, the resin is not fully cured. After washing in Alcohol to remove uncured resin on the surface of the print, you have to expose it to UV to get it fully cured out. This link will take you to the FormLabs forum, and a thread I wrote a couple of years ago on making a UV curing “jar” (some of the FL resins, like Flexible, need to be cured underwater, Oxygen keeps the resin from curing. https://forum.formlabs.com/t/budget-uv-cure-box-jar/3176

Ah, no I don’t mean mix in the PRINTER I mean mix in the BOTTLE (i.e. the “shake” step, which can introduce bubbles which cause defects [ask me how I know]) The mixer bar mixes in the tray but that only helps if a nice pre-mixed resin goes into the printer in the first place. Tough resins particularly settle out in the bottle.

Since this isn’t my first SLA printer (but probably the first one that won’t suck) I have a wash and cure station already, but to be honest, I bought the bundle since I was sick of my swamp UV curing station (it was powerful with almost 200W of UV LED, my top array was so powerful it had a heatsink and fan and used a calumniating lens to make it really shine on the piece which sat on a mirror…)

Best day of the week Everything Else

Like the glowforge the guts come in a separate box (tray, resin and build platform) so right now I have a very pretty paperweight. I bought the bundle (cure/wash) which is either arriving this evening or tomorrow. Supposedly arriving this afternoon (and my big resin order for later in the week), so excited to get first-light on that laser. Working on a cool accessory project on the Glowforge for it.

You can see the printer + cure + wash stations. In the lab we have 4 Form 2s so I am quite familiar… 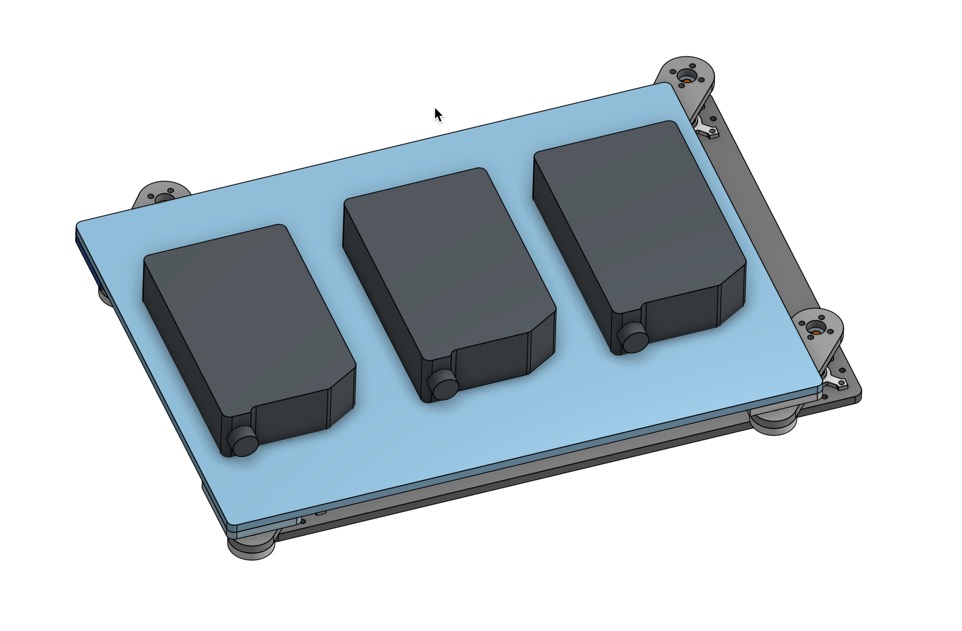 And for those who are curious, there is the drive mechanism (I decided not to use worm drive but 24T Bevel gears for reasons). And sorry the screenshot is tilted… That motor is has a rotary encoder along with being a heavy duty planetary gear motor… 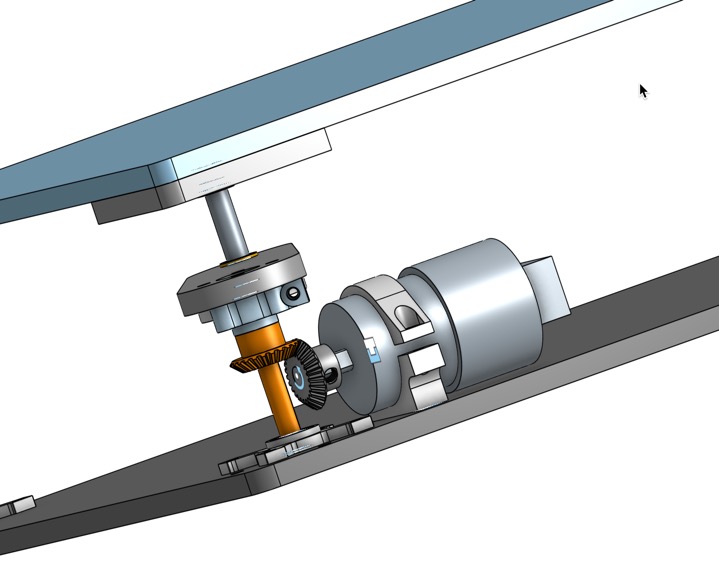 First sub-assemblies are done (4). The bearings are soooo smooth… 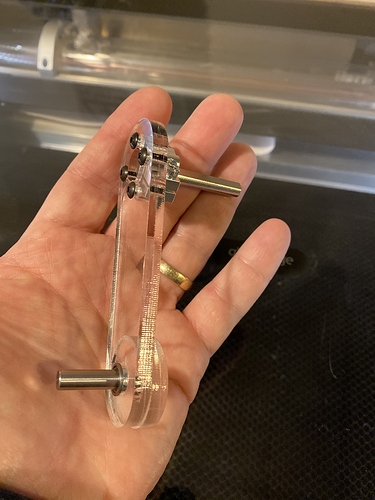 Update. We have progress. What we don’t have until tomorrow is a full sheet of 1/4” clear proofgrade. Also waiting on the 10A PSU (may have overbought here… but the specs say 8A max current) from Jameson. 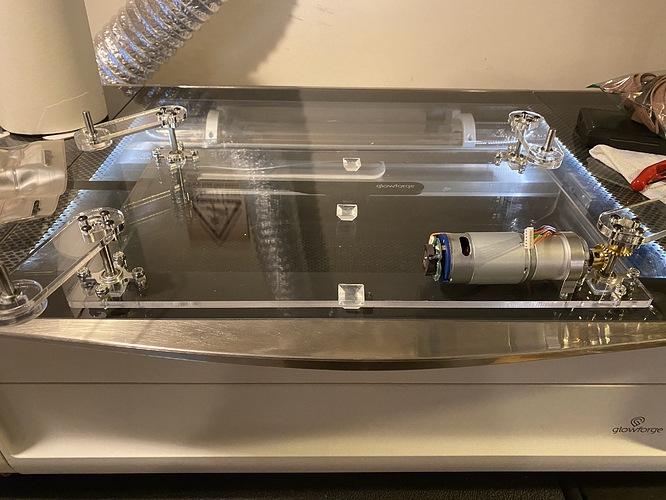 looks very impressive. I would have chosen a 10 amp supply for an 8 amp load too.

I’m switching the top bearing mounts, as I don’t get very good gripping power out of the flanged bearings in the acrylic. Even with CA glue the shaft keeps prying the bearings out, so I’m switching to an aluminum face mount pillow block, that I use on the bottom. The logo engraving is on the underside of the table. 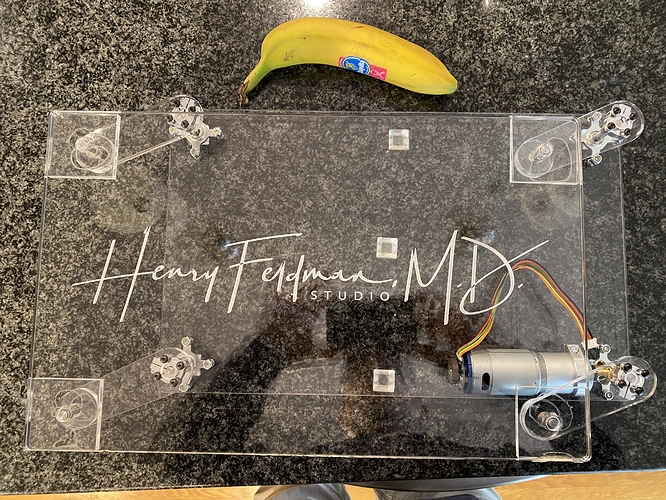 Project update:
So the cams (the acrylic paddles) turn out just not to be stiff enough and flex too much to provide good motion (and when they flex the bearings pop out despite CA glue). So I realized I need to switch to metal. Given the weight, Aluminum is the only viable choice. So I settled on 7075 aluminum. Originally I was hoping to keep it purely a 2D cut like the acrylic one, but since my end cap on the acrylic is another welded piece of acrylic that’s a non-starter, since gluing aluminum sounds sketchy as a manufacturing technique (and not like I’m going to TIG them). So that meant switching to CNC milling. Now luckily this is purely a 3-axis part. I finished off the bottom of the through hole that needed the end cap, leaving me with a pocket and 5 through holes along with the pure outside profile. I priced it out at a local machine shop and it was $90/per (and I need 4) which makes this a very expensive part. So called my colleague in biomedical engineering (who have a really advanced maker space in the undergrad area) and asked if either I or a student, could machine it for me (the material is $15 for a 15x15" square stock). I’d pay them, and they said a student would be perfect to earn some money, so figured if I paid $50 for the 4 of them (I’m willing to of course do the CAM programming so they just need to run the mill). The first problem that needed solving was my academic fusion 360 license had expired and refused to renew when Autodesk swapped their licenses recently. Luckily that got solved today by fusion support. So now I have full CAM (OnShape has CAM but it is an expensive add-on at $1000 for the good one - yes you can do simple machining in KiriMoto, but that’s really simple operations, and I don’t feel like hand editing G-code to make it all work). OF course I may do anodization in which case I could do some cool laser engraving to make it pop. I guess when I open source the design I’ll have to figure out a cheap way to get these made (I mean if I could figure out a cheap way to pull that pocket then I could water jet this which would make this waaaaay cheaper… 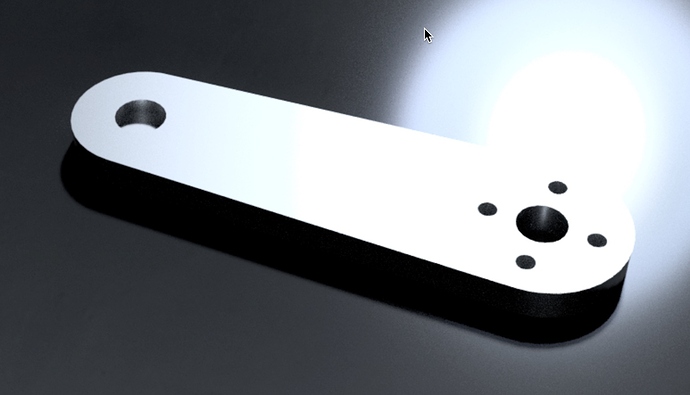 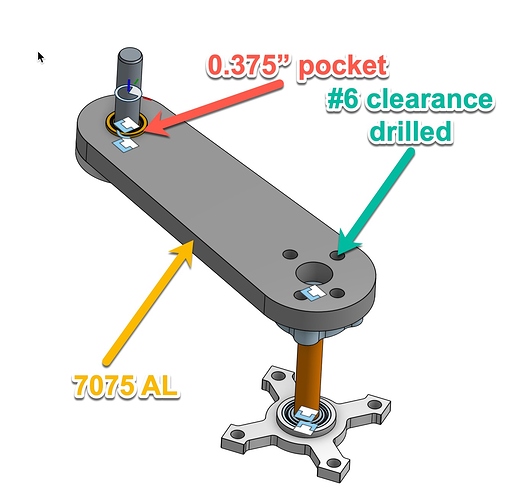 I mean it’s already the 0.25" thick acrylic. it takes almost no flex to make the paddles drop the flanged bearings (which are just friction fit). Like a deflection of 1 degree is probably enough. Stiff aluminum is going to be perfect. I mean I could use bolted on pillow blocks (like I do at the top and bottom) which obviously aren’t popping off (those are nylocked on with a washer to not stress the acrylic). The holes are #6 clearance, since the actobotics components all use #6-32 machine screws.

Then clicking you hear is because I couldn’t totally separate the drive gears so they occasionally touch. Gonna fire up that motor once I get the right crimps.

Snickers and Bananas, outstanding! Good luck with the cast!

OK so for the final update, I found the drive shaft was flexing a lot under the torque because it is only held vertical at the bottom in the pillow block. So off to CAD and I made a second elevated pillow block out of Form Tough resin with taps that allow me to screw through the lower pillow block up into the part. Unfortunately there is almost no clearance between the motor shaft and the new pillow block, but given the printer works in microns, I made it work, and now the shaft is totally rigid… Tapping was very easy and it took a thread very cleanly 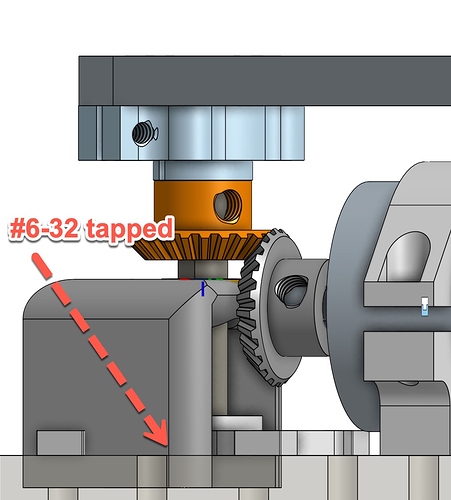 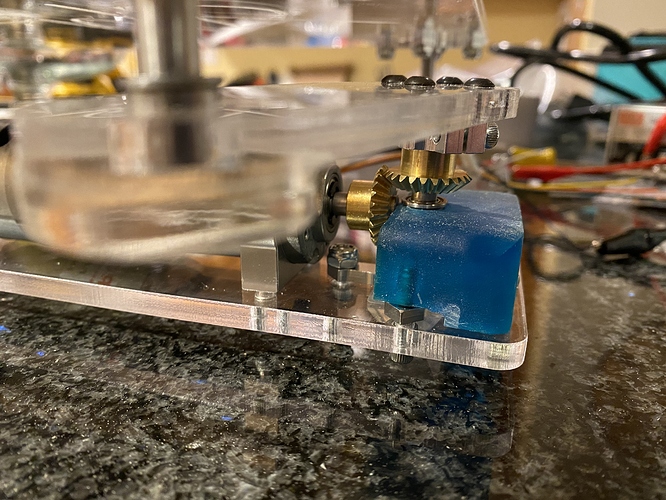 IMG_04614032×3024 2.5 MB
Now you may be saying, that cutout on the bottom of the printed part looks pretty gnarly for a 3D print from a printer of that caliber, but it’s more my brain failed, not the printer, because I didn’t notice the aluminum milled part had a small part sticking out, so had to dremel the cutout to fit… (note a dremel is not designed for use with a hand in a cast!)
6 Likes
cynd11 November 11, 2019, 2:05am #20