With all the talk of cutting an scoring paper here, I know some folks will appreciate this. Perhaps some of this functionality can be added to one of the new Glowforge heads.

It’s all interesting, but the Machine at 7:50 is VERY cool

Fun to watch all these super cool maker machine!!

What I do not understand is how they can all be so smug and nonchalant about knowingly bypassing and circumventing national security guidelines just to avoid some paper work and periodic audits on what they are producing. (at 14:00)

Criminal activity is criminal no matter how suave you were while doing it.

Kind of creepy that we have an MIT division head, (teaching future engineers), who is eager to ignore the rules and treat them as a challenge.

Just this old guys opinion. Your mileage may vary.

Is it just me, or was the professor really annoying his student

I’m sure it was much cheaper without the third Axis. I would have probably done the same thing. I have often modded an inexpensive tool to make it more awesome.

I don’t think they circumvented any regulations. The regulations are on the purchase of the device WITH the axis. The people who wrote the regulations must have been aware that anyone who purchases a piece of equipment like this probably has the means to make the third axis on their own, or they would regulate the entire device itself.

There are three rules a good engineer follows.

It’s kind of what they do at MIT.

I bet he doesn’t get out very much.

Not much at all. 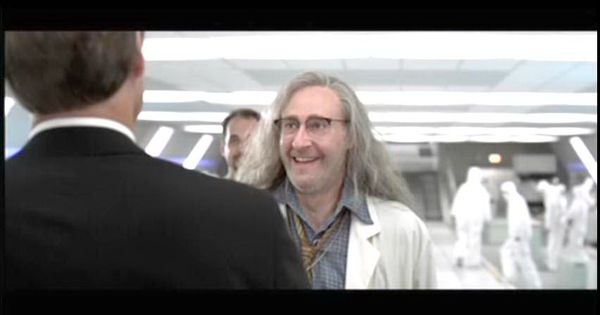 That’s EXACTLY the reference I was going for, just harder to link from the phone!

Oh I am SOOO picturing my list for Santa! ( I’ll have to be so good…)

I just had dinner with Adam tonight… The whole excited about technology thing isn’t an act; he genuinely and sincerely loves this stuff.

I feel a little bit the same

The guidelines might only be for those selling the machines vs those who make them on their own. Do you know that adding the extra axis is actually criminal?

I’m jealous Adam got to meet Mr. Whipple. THAT is amazing.

Mr. Whipple as in “don’t squeeze the charmin” guy? I had to look him up and that was all I found.

Mr. Whipple as in “don’t squeeze the charmin” guy?

Could there be any other?

Adam played the stock boy in one of the commercials.