As some of you know, I have some of my wares in a local store. With the holidays being here, I figure it’s a good time to start churning out ornaments, but I needed a way to display them. Was sitting here thinking, and it was pretty obvious what I had to design. I wanted them to speak for themselves without someone needing to ask what they were sitting in a display case, so here we are: 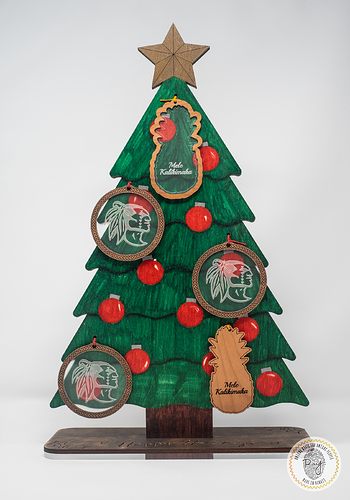 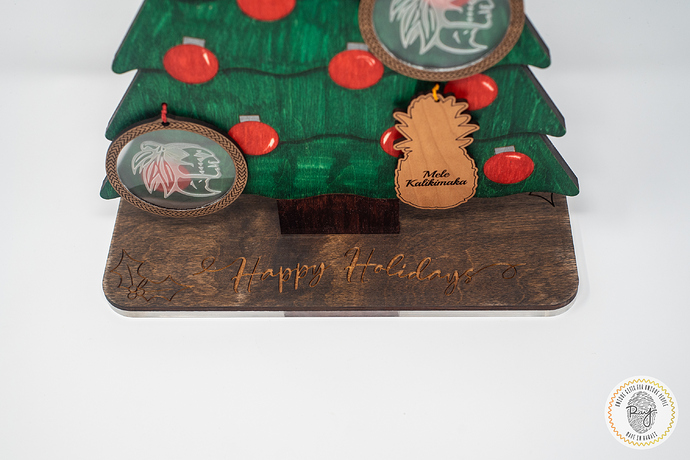 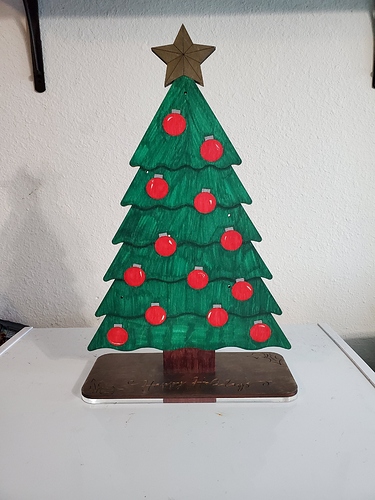 I had used some birch ply from HD, but it was one sided. Can’t think of what the opposite side is, but it was a wood with a lot less grain showing, sort of like basswood. Anyway, colored it in with sharpie, which gave it a streaky look, but I like that it imitates the look of pine needles. The base is also Birch, but I stained it with some dark walnut stain, and finished it off with a thick acrylic piece. I didn’t want the tree to be too flimsy, so I doubled that up with a second Birch layer. I cut tiny circles to thread the ornaments’ string through and tied them off in the back. I wanted to keep the ornament selection down so I’m not bogged down with making ten different styles of ornaments, but I may add more to my Etsy since that doesn’t get as much traffic as the storefront.

Let me know what y’all think, I think I did alright! It’s also just a fun little decoration, so maybe I’ll make one for the house when it’s appropriate to put up Christmas decorations

Edit: Forgot I took a pic of before the coloring 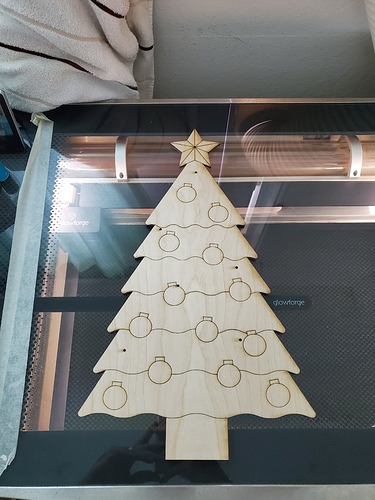 Excellent idea! Will definitely add to sales in the storefront.

Great idea & execution–wouldn’t be surprised if the shop asks for some others to display other items than your own!

(And that reminds me I need to step up my displays for my in-person sales!)

It gets the job done perfectly! I like that it’s a bit whimsical and playful in feel. And the addition of the red balls means it’s not as noticeable when an ornament is removed.

Right! I I wanted it to be able to stand on its own without needing the real ornaments on there. I began to design tinsel on it as well, but that started to get too complicated and over designed.

Kahuku red raiders! Awesome! Notch the tree and make it 3d like my pineapple and then there is more real estate for ornaments. Great job. I love the acrylic base. Now it just needs a light… or 1/2 acrylic Tree and a light.