I really like my manager. She has a couple guiding principles that steer our team:

Let’s talk about the initial glowforge announcement, where they said units would start shipping in December 2015. At the time of selling this product with that promise, the company had:

If those issues had been communicated up front, people would have likely still pre-ordered… but how many people would have believed a December 2015 ship date? Or even March? Or July? December 2015 would seem like a bald-faced lie. But those details were released slowly, gradually. Each time the finish line was moved, we got a little more info. When taken as a whole it reveals a company that launched their pre-orders at minimum a full year too soon, and knew it, and hid it.

Now we are told next July. Well let’s look at that. 10000 pre orders. If the manufacturer produces AND does qa cert AND ships 100 forges per day, every day, AND through some logistics miracle has no supply chain delays, that’s over 3 months to fulfill every order. Now some of them are pro, which if you read the announcement and have any kind of pattern recognition you’ll realize are between 95-100% likely to be delayed even further because at this time not a single pro unit even exists. Some are international, which raises the question of clearing those laws and regs - also likely delays.

So what do we have right now? Less than a dozen beta units known to exist, only just enough double-beta units to allow us to technically refer to them in plural, and another announcement full of apologies and promises. Throughout this process the GF team has not been up-front, have over-promised, and have under-delivered.

This device has amazing potential, but I have to ask myself: do I want to rely on a company that behaves in this way to service my machine in a timely fashion? To host the cloud platform that my machine requires? To roll out upgrades or even the initial features promised?

I haven’t made a decision yet.

I think the lack of transparency is STILL the biggest red flag here. Exactly NO mention of the Pro units, NO mention of the air filter beyond “not done yet”. The best-case is that they ship basic models on time, and delay pros and air filters another 6-12 months.

I, like everyone else, have so much hope for Glowforge. I, like many others, already went down this road with other products like Zortrax Inventure just to be greatly rewarded when I dropped them because of repeated delays and picked up machines from people that could deliver like Pocket NC and Raise 3D.

@dan will be holding a Live Q&A this afternoon - details here:

If you have a specific question you’d like him to address, you can include it there and he might choose it for the vid.

I'll be live-streaming a Q&A today (Friday) at 4:00 pm Pacific Time. You can view here when we start: Please ask your questions below; I'll take some questions from this thread and some live - as many as I can. I feel wretched that I had to...

Oooh - what is your opinion of those two, especially the PocketNC? I’ve been thinking about a PocketNC lately but there is precious little in the way of info on the web or in YouTube videos. That makes me think owners haven’t found much use for it. It’s unfortunate that a refund on my GF Pro/filter would pretty much pay for a PocketNC.

considering how dishonest they have been about the production status there is a good possibility that zero production work has been done on the Pro and Air filter. Dan said along time ago that the Pro and Basic would be produced at the same time but that was before they even had a manufacture. To this day no one has seen a photo / video of a Pro or the Air filter.

they have exceptional customer support. I mean they started in a garage in Bozeman Montana and made all their machines that work perfectly, on time. The Pocket NC is pretty directed in its use because of its size. So its great on the scale of jewelry making but not so great on the scale of boat building. LOL. I overcome this with having a Shapeoko 3 for larger objects, again another great product delivered on time. Then I back both up with a Raise 3D N2 with a 12" x 12" x 12" build volume. If only I had a Glowforge for fine engraving. However, I have been using both CNC’s and miniature endmills from Harvey Tools and have been getting some extremely fine cuts on endmills as small as .008 inch.

Please, as many of you as possible cancel your GF orders so I can move up in line!

Exactly my thoughts. Also haven’t made a decision. Personally I would have rather had honest communication than gift-certificates, design store items, materials, and other discounts. The money they have used to make up for the delays could have paid for a community manager or similar to keep everybody updated and properly manage expectations.

I don’t think a crowdfunding campaign would have been successful in 2015 if they had announced that the product would be ready by July 2017.

If there was a proven product currently on market at a similar price-point but with largely reduced feature set (no camera stuff, auto-focus) then the decision would be easy for me. Doesn’t seem like that is the case so most likely I will be sticking around.

I think it’s certain it wouldn’t have worked at all, pitching hey give us money now for something we still have to design and maybe just maybe you will get it 2+ years later…not a chance.

At this points its becoming painfully clear the entire pre-order process was just investment bait. Hey look at all the pre-orders we have lined up, give us investment money!

Go look at Spark Laser. They are a British Columbia, Canada company that I almost bought, but for a slightly higher price and a slightly reduced feature set. They have some advantages over GF though too. - Rich

I don’t think a crowdfunding campaign would have been successful in 2015 if they had announced that the product would be ready by July 2017.

What you should be saying is “I don’t think I would have backed a crowdfunding campaign…” People back campaigns at the level they feel comfortable. Here’s one example: Kingdom Death Monster is having a hugely successful (6000% funded) campaign right now, in 2016, for a product that will cost $1,666 to get the complete product, which is a board game that won’t even ship until December of 2020.

Now, I think that’s crazy (and I love board games), but a LOT of people found enough worth in something they enjoy to spend a huge amount of money for a game that won’t ship for four years. more power to them. Just because you would not back a campaign based on schedule, don’t make a blanket statement that others share your “rationality”.

To respond to your statement, I can confidently say that my decision to back Glowforge during the initial campaign would not have been affected had their ship date been accurately presented as 2017. I found enough value in what I saw that I would have backed just as quickly (I snapped mine up immediately on 9/24/2015) regardless of ship date. And that was before I saw the stunning engraving we were shown in the email today. 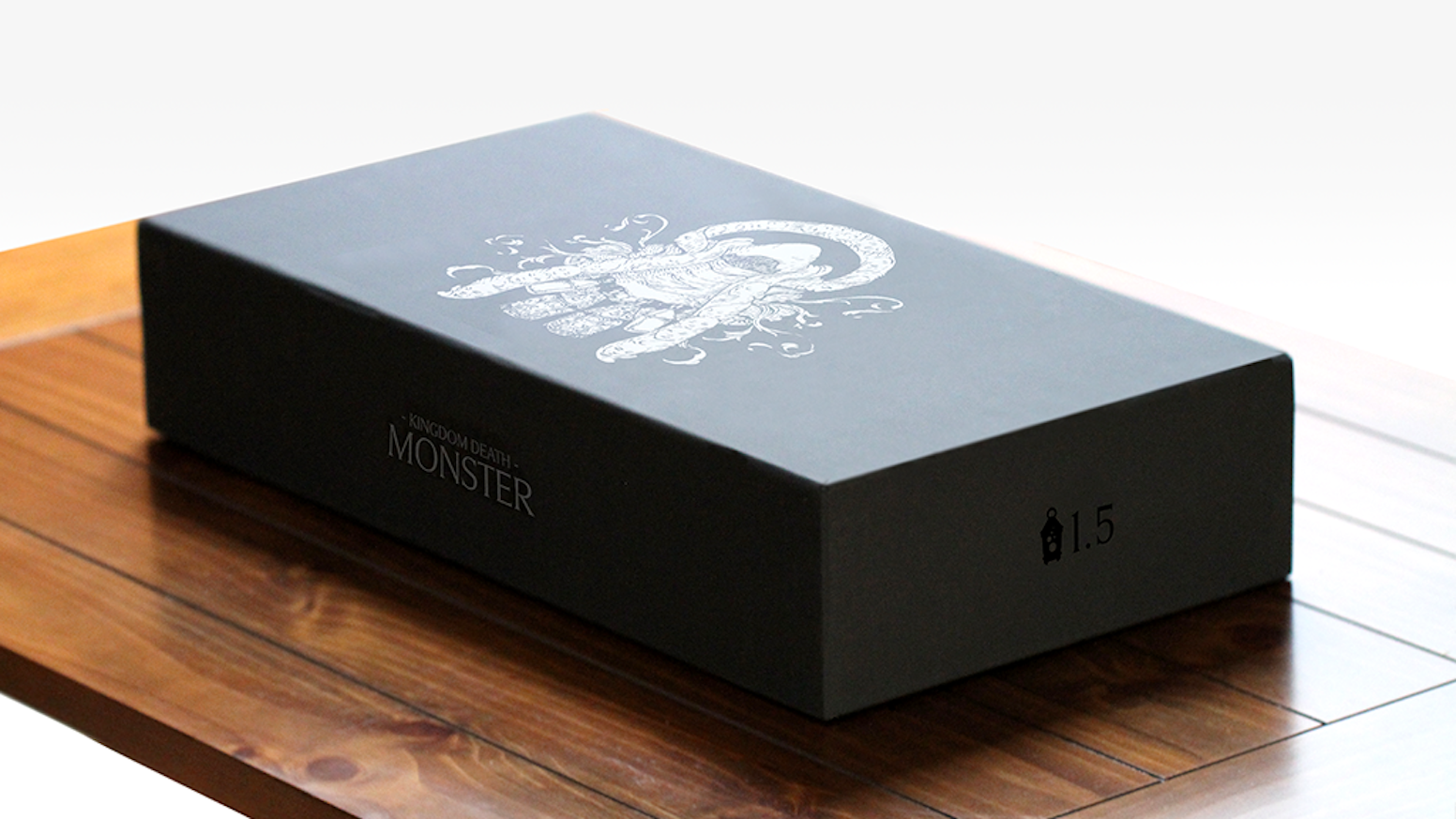 I’m not interested in starting a discussion around wording as english is not my native language. I presented a hypothesis, nothing more.

Thanks - have you given thought to a YouTube channel? What material do you use for your PocketNC projects? I’m guess that aluminum or brass is about the limit of it’s 100+watt spindle and probably the steppers as well. What downsides have you found?

I have a Zortrax 3D printer, manual machine tools, and Tormach CNC mill and lathe so a GF laser cutter/engraver seemed like a logical extension of the available tool set and I’m still looking forward to getting it. PocketNC would be a nice addition - just not sure I can think of a good use case. That doesn’t usually stop me, though.

I back this up with Dan’s refusal to show any photos or video of the Pro model and air filter working. He is still claiming they are too busy to take photos!

Gothampixel, it gets crazy when you start replying to yourself. Dont argue with yourself, you will lose!

I really don’t think @jay_nabedian was trying to nitpick your english (which is great, btw). I think he was responding to the hypothesis you presented (that people wouldn’t have preordered), and disagreeing with it (that you might not have preordered, but others probably would have).

I really don’t think @jay_nabedian was trying to nitpick your english (which is great, btw).

@brianfroelund your english is probably better than mine and I would never criticize based on your use of a second language since I am completely monolingual. You presented your opinion very clearly, I was just taking issue with a minor point.

They mentioned both in the Q&A if you missed it. The pro is 90% similar to the basic, so all effort has been on the basic, and they will just tweak the software for the pro to do the handful of things it does special. And the air filter is scheduled to ship with the units, the replacement will be use dependant, and cost under $300 to replace.