A while back I created a parametric box in Fusion 360. I finally took it for a test-drive!

A friend has a game that he’s designing, and I wanted to make a box for my play-test-copy of it. I took the measurements, entered the parameters into Fusion and exported the .dxf files. 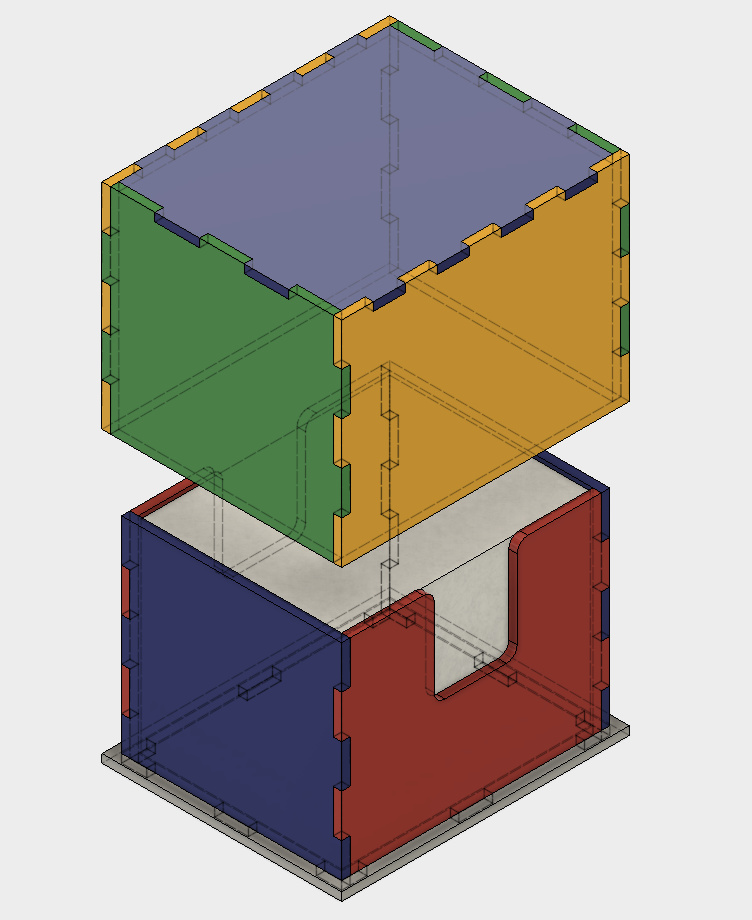 I put it into AutoCAD and added some kerf to it (I know I could design this into the parametric design, but I had the thing 75% designed when I realized I had forgotten kerf. Some of these equations were a bear to figure out, so I left it out. It means I have to offset the lines in AutoCAD, but that is a fairly simple process).

I also laid out the pieces on the sheet in AutoCAD as well. Then I brought the DXF into Inkscape and added some engravings from my friend’s game, called Point Salad.

I cut it out of draft board. In total it was about 25 minutes to cut/engrave, and another 10 minutes or so to cut and engrave the dividers. 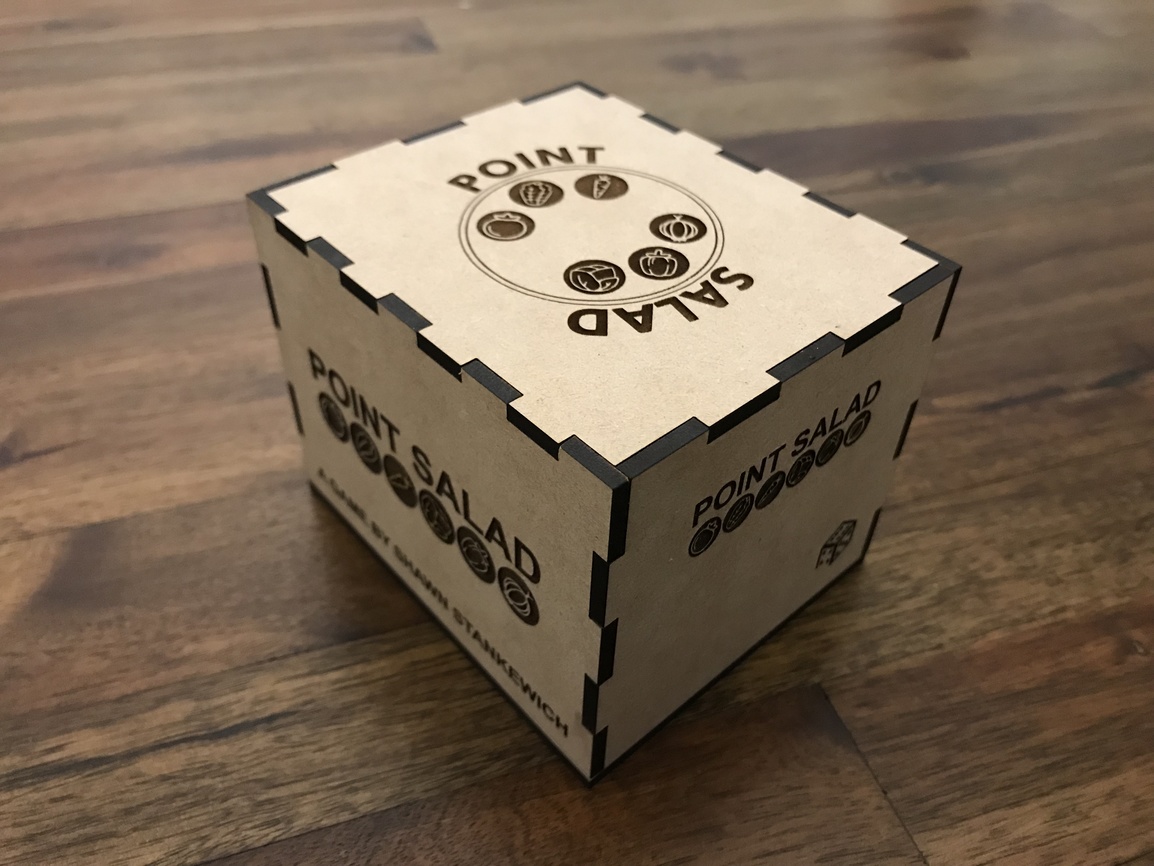 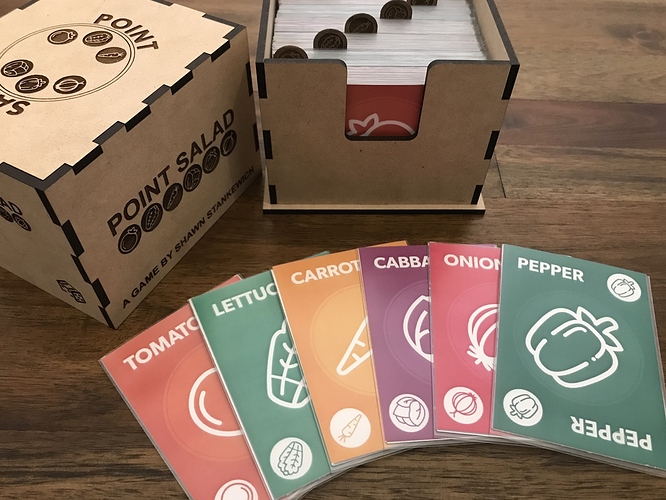 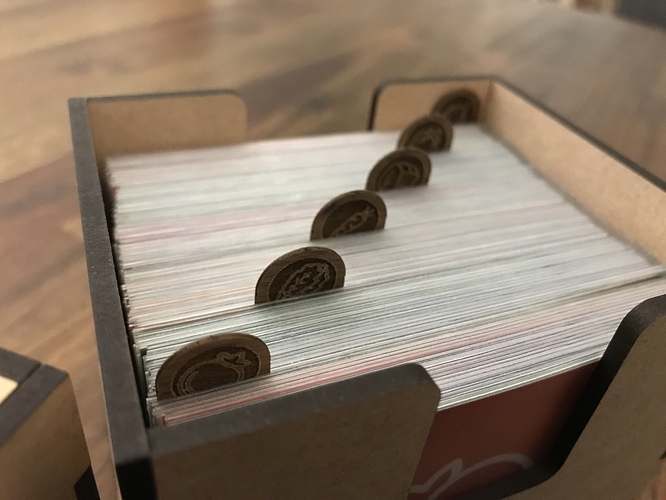 It turned out a little tight, so I’ll add some more slop to my measurements in the future. Now I have a whole shelf of games that are too big for their boxes that I want to make replacements for… and I know my design is up to the task of sizing them all appropriately!

He’s looking for blind playtesters if you want a PNP copy just hit him up on Twitter!

ICYMI: we’ve got a print and play of this here salad game that is clearly more exciting than actual salad (though they do go well together, if you like!) Hit is up if you are interested in trying it out for yourself. It’s a quick drafting game. Scoring? It’s a real point salad!
6 Likes
Jules February 22, 2018, 11:56pm #4

Great job on the box! So many things that need them!

My box lids always turn out too snug. I’ve passed a habit of gluing them and putting them on their box to dry, but wedging a few layers of poster board to create a gap. Some day I’ll go back and fix the art, but not today.
How does everyone else calculate your gap?

Are you accounting for kerf? Example, if your tab depth is designed to 3mm, assuming that your material actually is 3mm thick, then the laser width will create a slot for the tab hat is slightly deeper than 3mm. Therefore your entire dimension overall shrinks slightly. If you add a bit for kerf (I cut a test Square of each material and measure with calipers to determine the kerf) then your tabs and slots will fit snugly and the overall dimension will be as you intended. This box is not glued, it is press-fit.

Sweet design! Dividers are smart, too. Who knows… maybe this will inspire the real game box.

I’ve been lurking, but I just hit him up on twitter to hopefully get to playtest the game. I love drafting games!

I definitely need to try that. Somebody around here had a formula to fool around with the kerf. I’ll have to look for it.