I got my Glowforge a few weeks back and have been having tons of fun making stuff.

One of the first things I’ve been playing around with is algorithmically generated design. I used the Travelling Salesman Problem algorithm generated by the wonderful app StippleGen2 to create a base puzzle design. 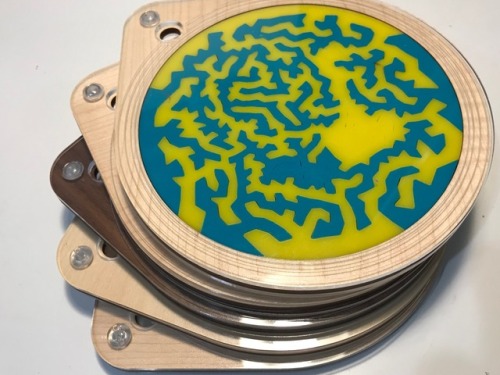 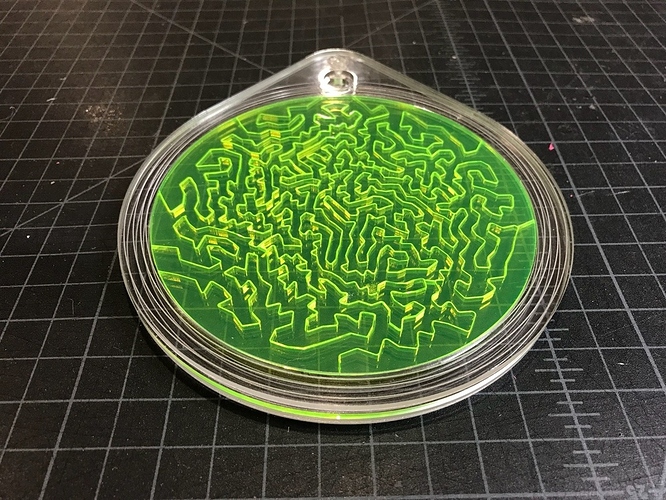 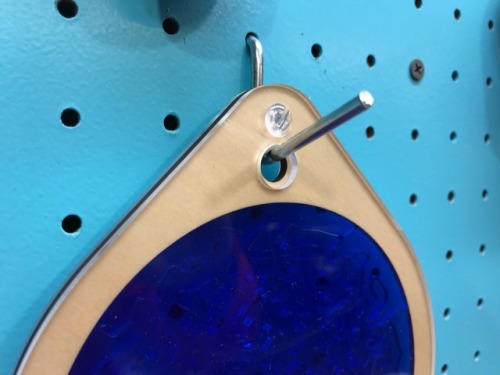 After some manual tweaking to the cuts to improve the puzzle, I designed a simple case to hold the puzzle as you build it, and when storing it. I also added a hole for hanging - it looks really good with sunlight coming through it.

I’m super impressed with the Glowforge - it’s a game changing tools for makers to have at home!

That is really cool, really like how it packages itself.

This is phenomenal. Great idea and execution! I’m digging your choice of materials.

Looks like a game of life screenshot. Parametric Petri Puzzles!