Thought I’d pass this along - did a little test with a sheet of Paua Shell tonight and it came out great. I taped down all the edges to the tray and used some small magnets around my cutting area as the sheet is a little wavey.

This stuff is not cheap ($38 for a 5"x9" sheet from Johnson plastics), but boy is it neat looking. Now I just have to figure out what to make with it - I have to find something really special at that price. :-)! 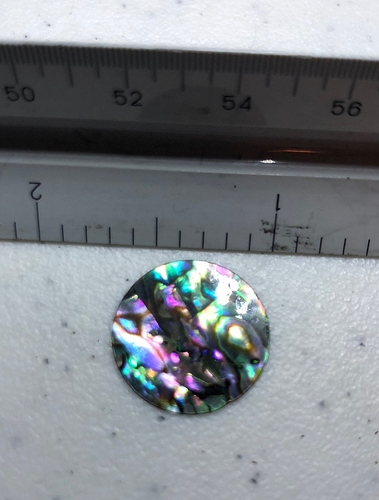 Thanks a million for posting the details… I need something like this for a project I have had in mind since I ordered my GF!

Thanks for the photo and the settings.
Do you sense that this material is made of lots of small thin flakes of shell, and is pretty uniform all the way through, or is it applied to a backing sheet ?
Or possibly sandwiched between two transparent layers ?
John

It has a black backing sheet. I tried to sort of pry off the back, but I don’t think you can without ruining it.

That’s a no-no for me, I’m afraid, but thanks for the info.
Might still be able to find a use for it though !

HD ? You’ve got a good memory - almost as good as SWMBO !

You’ve got one too? 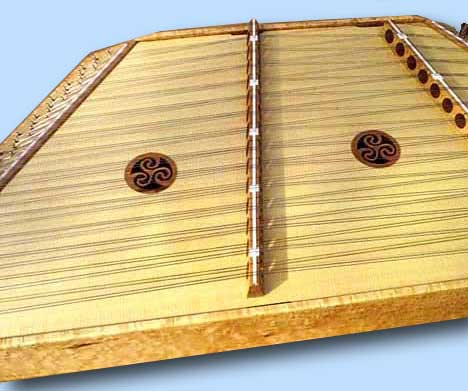 Very nice.
About 10 years ago, I heard my first recording of HD music, and loved it immediately.
Long story, but I started trying to come up with a simple design that I could put together, that would be so low in materials cost that I could afford to donate consorts of them to local primary schools. Got my costs down to less than $30, but when I approached the local school, I never heard anything back.
We have a problem here with all the arts being seriously underfunded, so music lessons would be an add on.
Anyway, I finished up designing an electric one, with a built in table stand that housed the pre-amp and piezo pick-ups.
[If I can’t find the photo, I’ll shoot a new one. Would you believe I was actually handling it this morning, getting ready my ‘shipping’ stuff. ]
Then I moved on to the idea of building a pair of arduino controlled arms to play the thing for me !
That’s as far as it’s got, but the prototype arms, with stepping motors, and all my electronic junk are also in the shipping pile, so who knows ?
Now I have Glowfinger to help… ?! 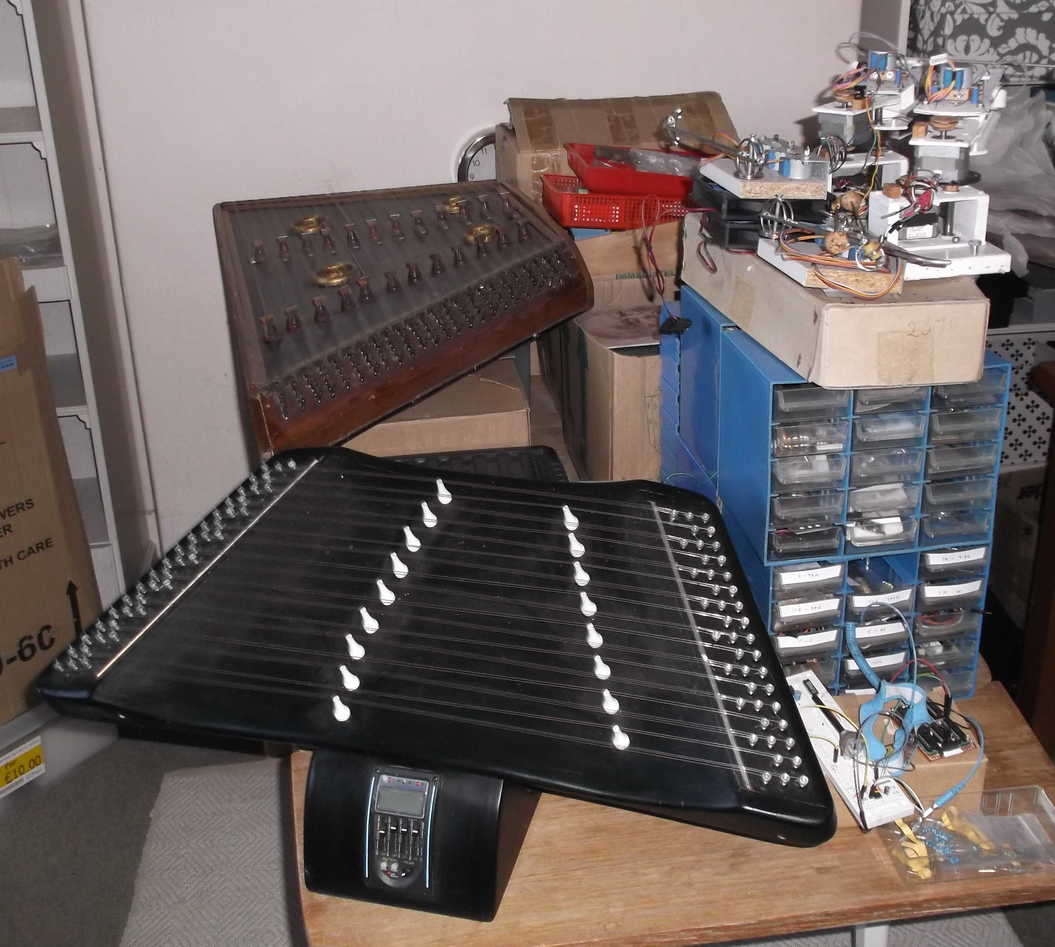 My laminated electric in the foreground, and my old(antique) Norfolk dulcimer in the background. 5 strings per course - took for ever to tune it !

A friend asked me if I wanted her old Hammered Dulcimer. She won the National Hammered Dulcimer Championship with it back in 1978. It was pretty and in perfect condition. But I took one look at the number of strings and remembered how hard it is to keep my banjo in tune with only 5. Thanks, but…

They key to keeping a hammered dulcimer in tune is to get a high quality instrument made of hard rock maple where the tuning keys are. It stays in tune much better than the cheaper instruments do.

And to the OP: so sorry about the hijack! I think inlay in instruments is one of the key uses of that material.

Doing jewelry I was always on the lookout for any sort of thing I could use as inlay. New Zealand had at that time put a restriction on letting raw Paua out of the country without a local craftsman working it. So some smarty had someone just sand the top and spray them with clear and ship them that way.

This practice was stopped after that shipment but I was able to get two shells. Then a couple years ago I ran into someone living in southern Chile and Paua or a near reletive is apparently fairly common there but not exploited or protected and of little interest. We had talked of sending the whole animal on ice to Florida where the abalone type meat (but black instead of cream colored?) Could be sold as gourmet and then have a supply of shells as well. He died unexpectedly so nothing ever got going but having such beautiful shell finely cut by laser sounds very cool.