Added some flourishes, Wi-Fi symbol, and our connection information to add to the side. Also used our new date engraving on the bottom. Medium Draftboard.

This is for one of our guest rooms … will have one more to make. Will add a tablet and a sudoku book for the convenience / enjoyment of our guests. Love that it takes care of two needs. 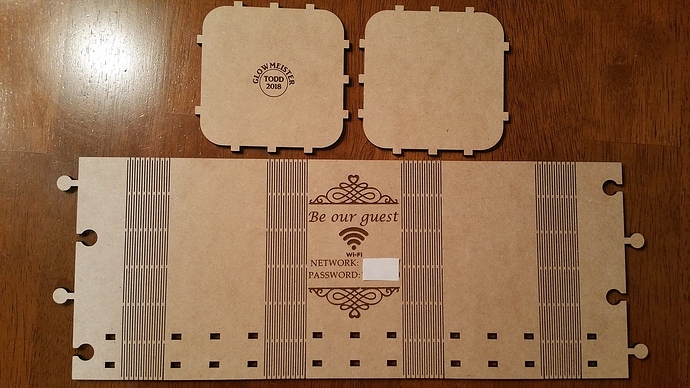 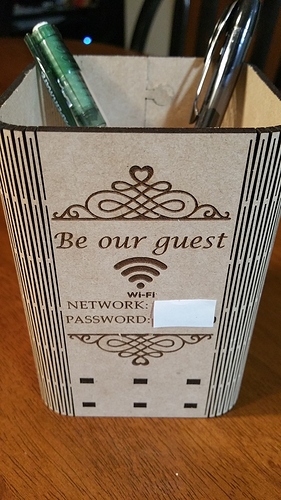 Looks great, I will have to make something like that.

Spectacular idea! (I usually just run to where I have it hidden and write it on a post-it.)

Cool idea! You could also create it as a QR code that they could scan in.

I debated about which way to go … Went the old fashioned way.

Love this idea and your iteration. A really thoughtful thing…and saves everyone having to ask and repeat the same thing.

I can think of a couple of uses for this, thanks!

This is so clever!

Did you have to tweak the design? I just printed one in medium draftboard and it doesn’t even pretend to fit together.

The site said he used 3mm birch … I used the medium draftboard … and a rubber mallet.

Gently tapping on a small scrap on top of the piece between the notches. At first I thought it was a no-go … but, worked great!

I would never pass up the opportunity to hit something with a hammer. I’ll give it some more encouragement.

it’s always fun to hit things with a BFH. 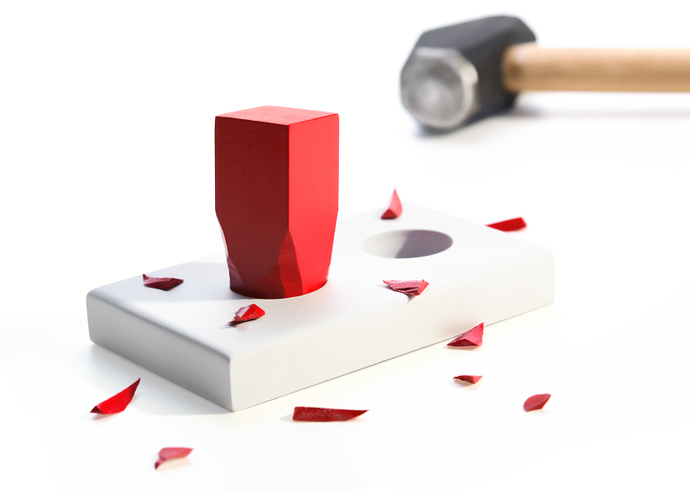 That’s pretty much it. I have to say, I did not expect this to work. Early signs were not super encouraging… 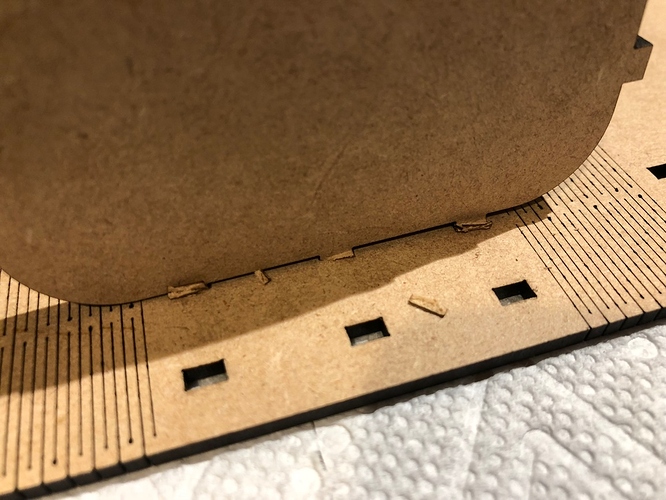 I’m not proud of what I done, and it was rather a qualified success, but in the end I have a thing: 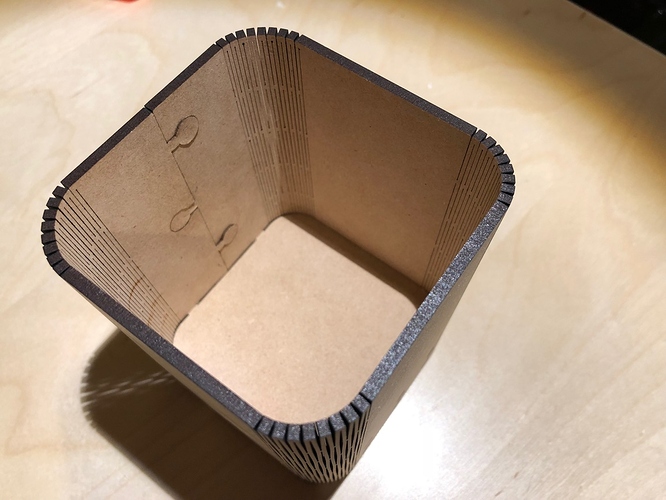 Next time though, I’m definitely going to make some adjustments before printing. 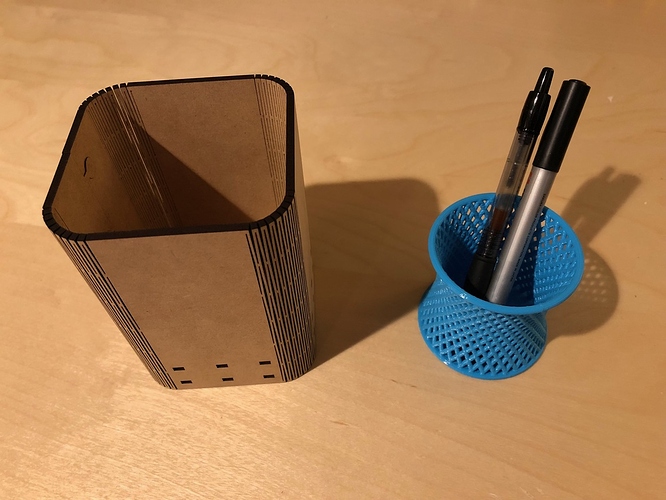 Glad you were able to get it. Looks like your notches cracked off a bit, one of mine started to … but, I was gentle … and it popped into place.

Your guest accouterment is a great idea, and such a nice touch for them!