Phone holder for my car

This is something I’ve been wanting to do pretty much since I ordered my Glowforge. My car has this little cubby hole at the bottom of the center console. I wanted to make something that would slide in there to hold my phone: 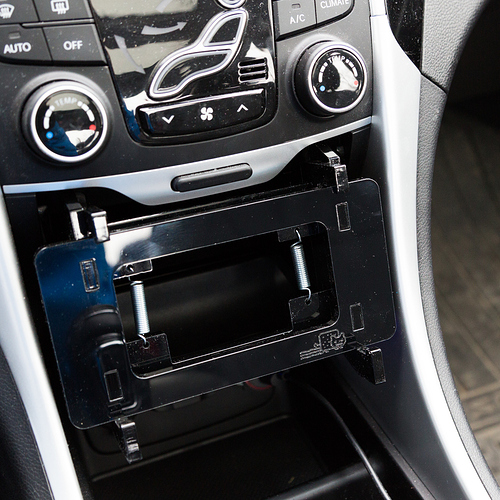 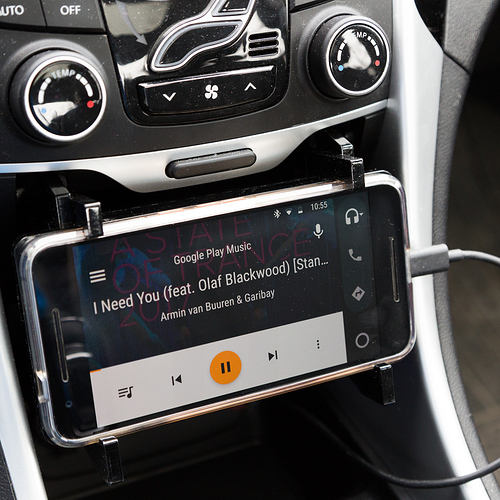 It’s made of 0.22" black Acrylic. Obligatory Nyan cat engraved in the corner. 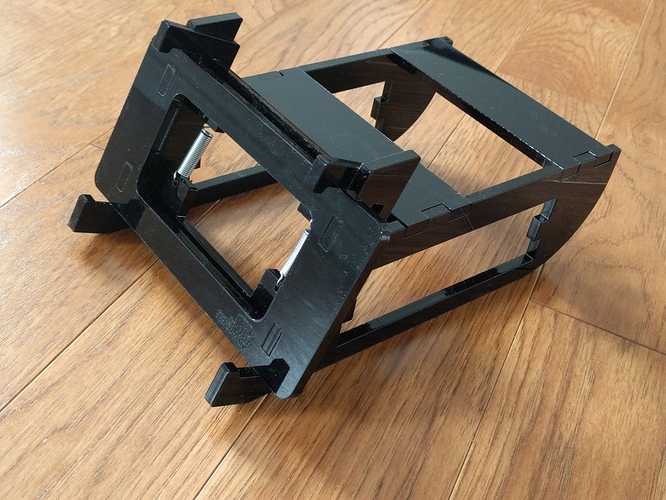 I started out by measuring the height, width, and depth of the cubby. I sketched this out in Fusion 360, and then printed a cardboard version of the top and one of the sides, both to verify they fit snugly (but not too snugly) and to see how the final version would look. Made some changes, printed a plywood one (mainly because I wanted one for a long road trip :P), then a full cardboard mockup with some minor changes, and finally this version.

The clips on top are sprung, to ensure my phone will stay in place, even in a collision. But it’s still pretty easy to get the phone in and out.

There’s a parameterized Fusion 360 model here in case anyone else owns a 2010-2014 Sonata and wants something similar, or it should be pretty trivial to adjust this for another car with a similar space in the dash.

This is badass. Functional things are my favorite. Well done!

What he said! (And the cool kitty makes it!)

Great solution! Makes the phone look like it belongs there.

I am blown away!

This is my oak plywood prototype: 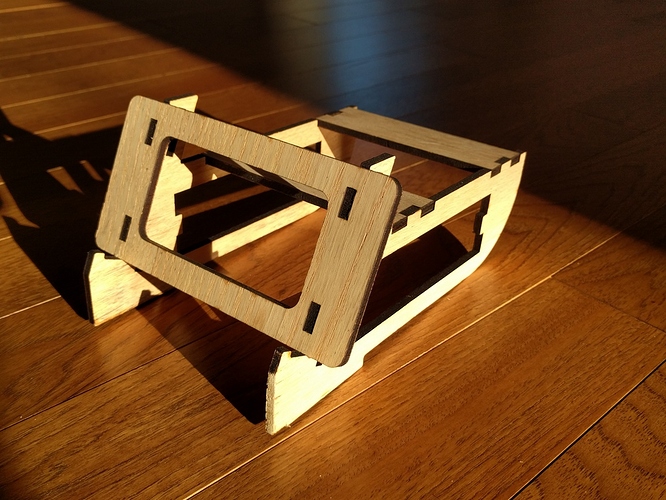 But it’s good-one-side plywood, so it only looks good from this angle.

That’s amazing!
Everyone needs to go get a Sonata!!

To be fair, if this were always in the cubby hole, it wouldn’t matter what it looked like. I think it looks great!