I am wondering can I mark / etch / engrave a guitar pick like this with GF?
Can anyone share ways of doing it?
Generally I want to “mark” some plastic, is that possible with GF?
Thanks! 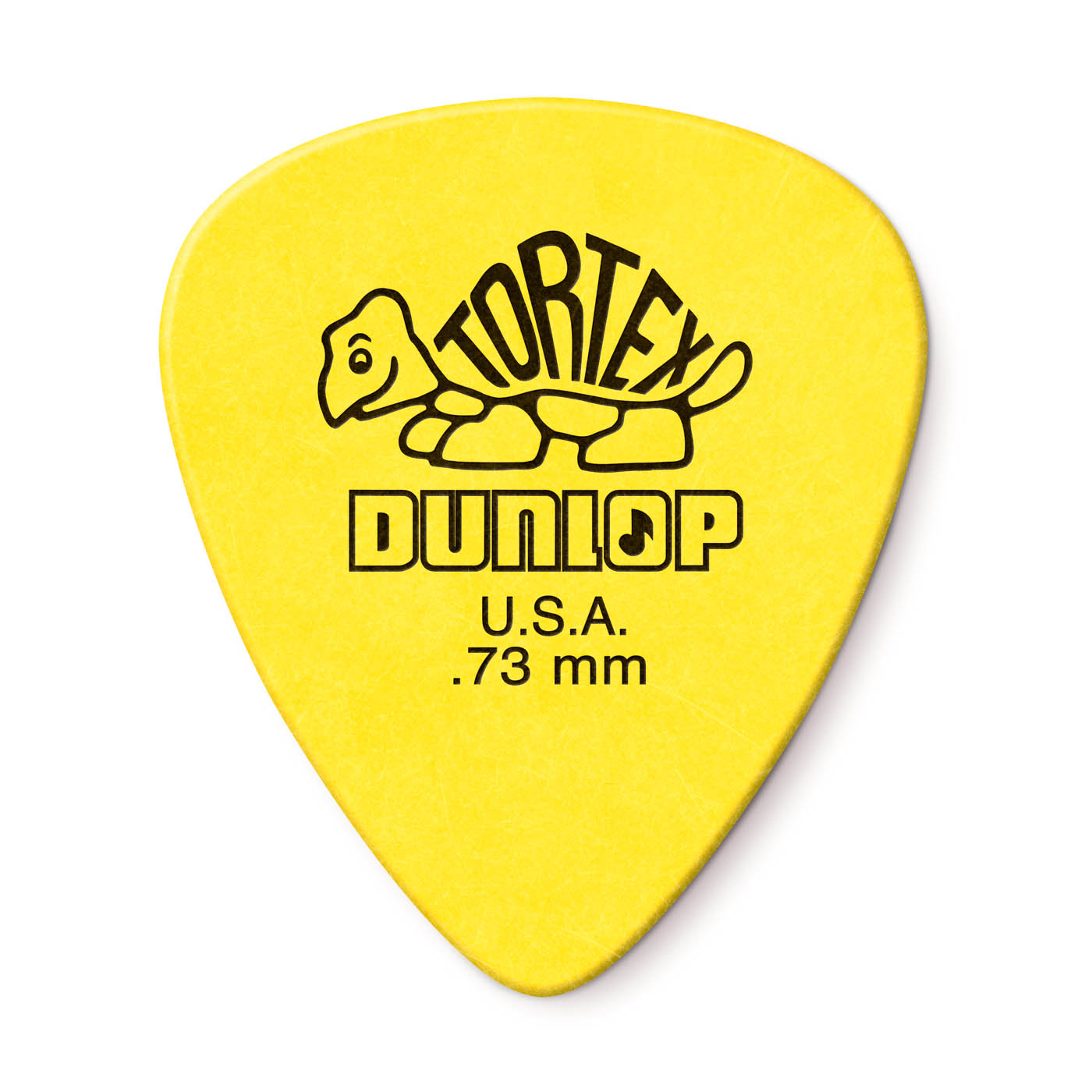 I looked into doing this some months ago, but never completed the task. I believe that Tortex is very similar to Delrin, and if so, it can be engraved with a laser. However, I was never actually able to get the full specs of Tortex as it is proprietary to Dunlop. Ultimately I moved on to other projects because I couldn’t be absolutely sure what it was made of.

I’ve had some success with etching celluloid picks, but not all are created equal, and some material formulas can produce toxic exhaust… Higher speed and lower power (20-40) is best–each type of pick material & color will need its own settings.

I used double stick tape to secure mine to a board, else they’ll just blow around. Early attempts I forgot to include the thickness of the tape & board in, so had completely etched through the pick…

But etching rarely will produce the contrast of the unetched vs. etched area, so you’d need to apply a contrast color (e.g. paint) after etching, or use something like Cermark (if compatible with more than metal). Though some pick materials the ink may also show up on the unetched area, though if lucky, cleans off easily and leaves the etched area colored–alas haven’t been that lucky with the picks and paints/colorants I’ve been trying…