I am working on a thing (really, I will write up some projects soon …) that involves a 1/4” bolt going through a hole in a piece of Baltic birch (on a regular basis for the expected life of the object). The 5th time, one of the bolt threads hung up a little and splintered a chunk off the top layer of the plywood on the egress end of the bolt. That was … disappointing.

It occurred to me that there is almost certainly some sort of a sleeve that can go in a hole like that to stop that from happening. It seems like that would be a fairly common need. After a bunch of STW around that general concept, I have found obscure things in the vicinity (e.g., http://www.nyltite.com/headed_sleeves.asp ).

I could also cut lengths of some sort of tubing (aluminum? brass? Plastic?) with a 1/4” inner diameter to fit and glue them in a hole.

Does anyone know of the proper name for what I am describing? Or know a better way to approach this?

McMaster Carr would be a place to check out. Sleeves, spacers, anchors, inserts or bushings. Each has its own particular application. Ferrule is another name for these things, but they have special uses, but refer to a short tube that allows something else to pass through. Gromets are another application, although these seem to indicate a fairly thin ring to protect a hole. Big ones are called escutcheons or flanges but they are more indicated for the surface the hole transects rather than the hole itself.

In theory you could wrap your bolt with a strip of paper, this taking the thread out of the equation. Once in place, pull your paper tube/wrap off and continue.

Hard to say if it’ll work without knowing tolerances and purpose.

Good thought on McMaster-Carr, @marmak3261 ! Thanks for term list, too.

@evansd2 – If I were just a matter of getting it through once, a little care would suffice. The issue is that the end user will be pushing the bolt through the hole and removing it repeatedly. It is possible a slightly looser hole would reduce the risk enough. The paper idea sounds like a good thing to keep in mind for other applications.

T-nuts, hurricane nuts and Chicago screws all look like good things to know about but, are probably not right for this application.

Sounds like you’re looking for a grommet, which I’ve not seen used on wood, as typically fabrics and leathers. But there are some sizes that there’s no reason it wouldn’t work on thin plywood… But if you’re looking to protect just the surface of the wood, why not epoxy some washers on? So unlike grommets or ferrules or other hardware suggested, they are only on the surface, and not a sleeve fitting thru the hole as well. But may be worth a visit to a good hardware store and spend time in the specialty faster section and going through all the little boxes!

One more option to investigate. 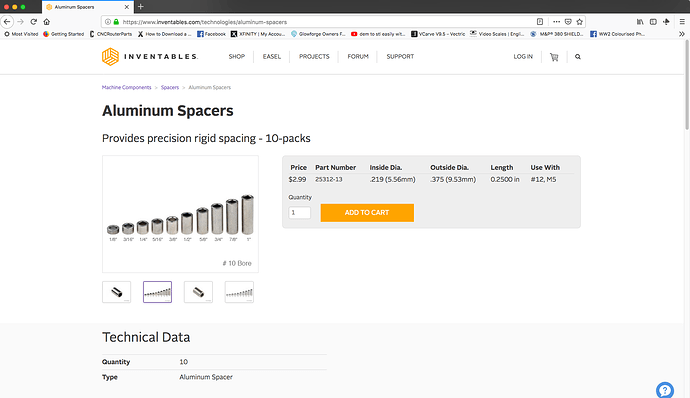 Here is the link if you are unable to read it from the photo. 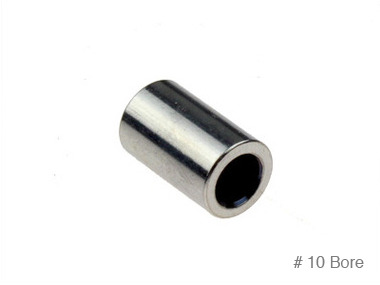 They also are available in plastic.

The issue is that the end user will be pushing the bolt through the hole and removing it repeatedly.

Since it’s a bolt and not a screw, I wouldn’t see a huge issue with making the hole larger, since the holding tension will originate from the fastener nut, rather than the threads cutting into the wood.

why not epoxy some washers on

Good idea! I am already using washers there. No reason they can’t be permanently affixed.

I think I will try that and, a slightly larger hole.

Those look like what I was looking for originally. Thanks!

Try putting cyanoacrylate resin glue meant for wood on the inside surface of the hole and around the hole. The glue will absorb into the wood and make the layers much stronger and the surface around the hole stronger. You may have to ream the hole if you want a tight fit as the wood fibers will no longer give.
Gap Filling Super Glue

You could do an acrylic inlay (i.e. cut an acrylic donut with a clearance tolerance hole and then glue that into the board?)

That has potential, too! Definitely the sort of thing I was thinking originally.

I had a first go at using CA glue to coat the hole but, had trouble getting it only where I wanted. I’ll need to work out a better application technique. Maybe a small synthetic (and disposable) brush.

CA glue applicators are available: CA applicators
A brush would harden too fast, too much surface are and too much moisture.
You could engrave a shallow circle around your through hole for the washer to sit in.
Then the glue would be contained in the well and affix the washer.

If you’re putting a bolt through the hole then presumably you’re putting a nut on the end of said bolt at some stage. Why not, cut back layer (where the bolt exits) as a hex around the hole and glue and fit the nut into that recess. That way, the bolt needs to go through the nut to exit, protecting the hole and making the part slicker. Alternatively, you could recess and glue a washer for the same purpose, if you needed the nut accessible. The washer would then protect the surface from the nut being over-tightened too.

Darn it, I might have known you’d have beat me to it! I’m happy that at least I was thinking along the same lines you were Henry

My god man, if you’re thinking like me, you need medication stat!

I’ve had this box of chainring spacers floating around for the last decade, something like this might work for you. Cutting sleeves from Aluminum, steel, brass, or PVC tube could certainly work. I might suggest one over another if I knew a little more about the project: how thick is the BB that these holes go through? Are you more concerned with aesthetics, function, cost or ease of manufacture? 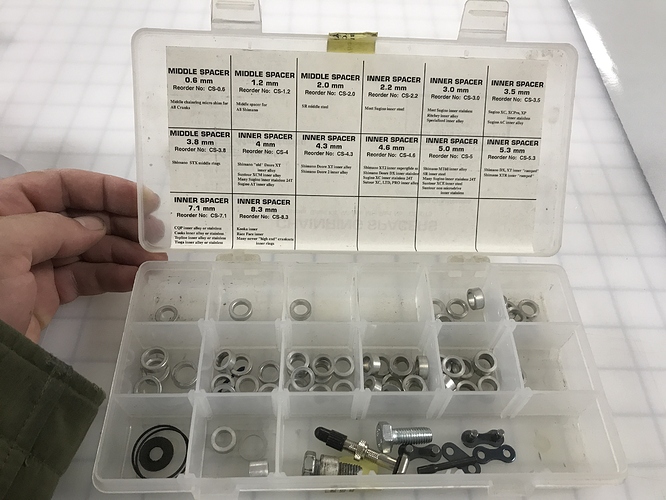 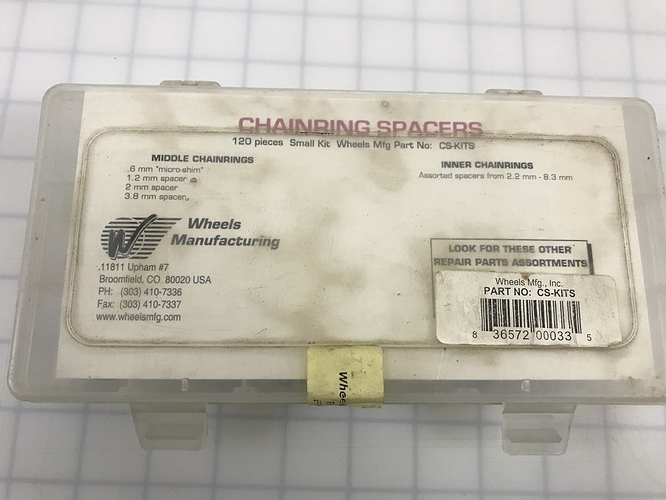